Police are stepping up patrols and trying to develop a profile of whomever has set six fires outside churches in predominantly black neighborhoods since October 8, Police Chief Sam Dotson said.

The American Civil Liberties Union of Missouri and the Anti-Defamation League suggested a racial motive may be at play. In a prepared statement, the ACLU of Missouri’s executive director, Jeffrey Mittman, called the fires “domestic terrorism.”

“It is a sad truth that, throughout our nation’s history, African-Americans often have been met with astounding violence when they demand equality,” he wrote. “Those who commit this violence seek to instill fear. This is why arson against predominantly black churches has been a frequent tool of white supremacy.”

But Dotson said investigators have yet to confirm that race was the motive. If race or religion proves to be the reason, he said, police will seek to have the incidents prosecuted as hate crimes.

The chief noted the variety of denominations and types of structures targeted. They include Catholic, Lutheran, Baptist and nondenominational congregations — four on the north side of St. Louis and two in Jennings. They vary from the relatively grandiose historic brick structures of St. Augustine Catholic Church and Ebenezer Lutheran Church to the modest storefront used by the New Testament Church of Christ.

The churches are within about five miles of each other, and sustained varying levels of damage from fires set at their front doors from October 8 to 18. Mainly, the damage was contained. Police presume, but are not certain, that the blazes are the work of the same person or people.

On October 20, the St. Louis Police Officers’ Association announced that it would match the $2,000 reward being offered by the St. Louis Regional Crime Stoppers and the federal Bureau of Alcohol, Tobacco, Firearms and Explosives for information leading to an arrest. 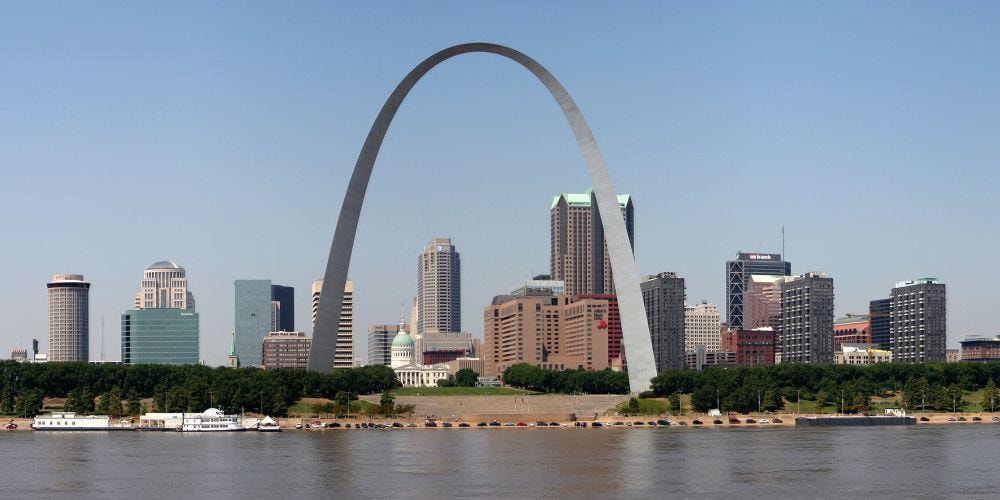