The Pandemic, Freedom of Conscience, and the Priesthood of All Believers 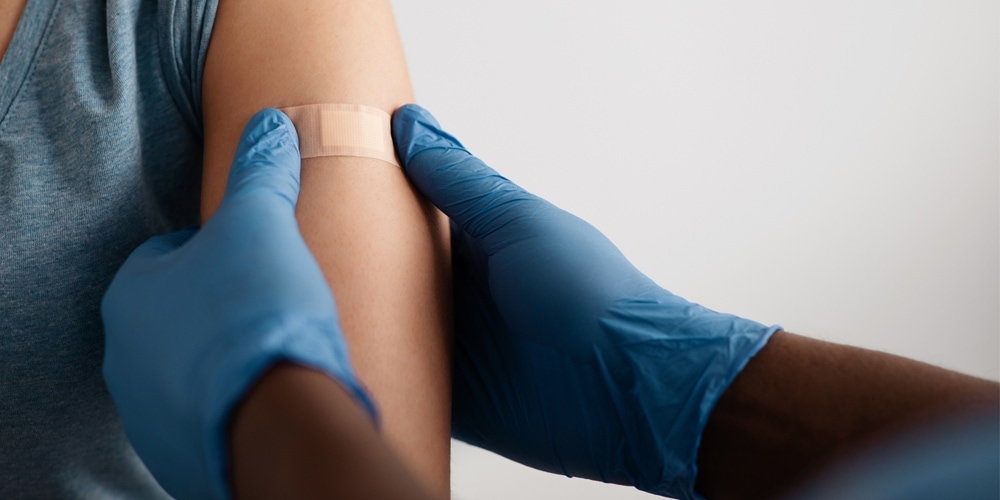 A number of videos are circulating on the internet purporting to share “expert” insights into the COVID-19 virus and the shortcomings or even dangers of the vaccines. These “experts” sometimes have health credentials of one kind or another, being nurses, dentists, surgeons, cardiologists, functional medicine doctors, and so on; almost never are they medical experts in virology, epidemiology, or vaccines. Despite these limitations, they are not shy about declaring why their scientific insights into the matter are vastly superior to the U.S. Centers for Disease Control, the National Institutes of Health, and state health agencies, who, we are often told, care nothing about real science.

Given these commentators’ lack of relevant qualifications and experience, some skepticism on your part would be justified. But this does not deter those “experts” from lecturing on the shortcomings of world, national, and state medical and pharmaceutical experts on the true nature, course, and treatment of the COVID-19 virus.

The whole scenario would be laughable if you are into dark humor, if it were not for the fact that so many of our fellow citizens and church members take these supposed experts as the David-like hero of this story. They think them courageous speakers of truth taking on the villainous Goliaths of our modern world medical, industrial, or government complex.

What is going on in our frightening world of profound misinformation, paranoia, and celebration of eccentric and quixotic anti-heroes? Many factors, but a primary one is a profound misunderstanding and misapplication of the Protestant principle of the priesthood of all believers and the right of private judgment in matters of religious belief. I wrote my dissertation and published a subsequent book on this topic, tracing the development of conscience from Luther, through dissenting Protestantism, to the formation of our Bill of Rights and First Amendment.

This important principle of Protestantism, which became the basis for freedom of conscience and free churches, has been twisted into something it was never meant to be — the idolization of the modern, autonomous individual as a potential expert in every field, secular or religious, that he or she might apply themselves. Luther’s very notion had both individual and communal elements. Yes, we are priests before God, responsible for our own conscience, but we are part of a priesthood of all believers. In other words, in dethroning the authority of the pope from the Christian church, he did not mean to create a church of a thousand or million popes. Rather, the locus of authority for communal belief was moved from the popes, cardinals, bishops, and priests to the full community of believers.

That community working in concert, studying the Bible together, would arrive at a Spirit-led consensus on fundamental beliefs for the church community. Individual conscience still mattered, but that was ultimately protected by the free association of the community: if you differed from the consensus of the community, you could choose to leave and find another community. You had no right to impose your individual view on others, but the group through consensus could create a system of commonly held beliefs.

Luther’s concept also contained a role for offices, positions of leadership, or authority held by persons who had been gifted, instructed, and trained to carry out certain functions for the community. They were not spiritually superior to the others, but they were qualified to hold these roles in ways that most were not. Thus, while all were “priests” in a spiritual sense, not all were meant to serve as pastors or elders, and people trained and gifted for this would be put in these positions.

Luther’s teachings on spiritual matters had resonance in the secular world of social and political relations. No longer would “divinely chosen” kings rule just because of who they were. Everyone was, in some sense, politically equal. But that did not mean that everybody would rule equally. Rather, every competent adult, eventually, would have the right to decide who had the expertise and competence to rule. Of course, other leaders and offices were created, including officials and officers to take care of public welfare and health and safety.

Do these officials, officers, and leaders always operate perfectly and without fault or flaw? Clearly not. They always remain accountable to the people and can be removed if they become abusive, corrupt, or display a lack of ability and expertise. But we now live in a day when every man or woman who self-selects can assert expertise in health, science, medicine, and religious liberty without working within the complex system of education, checks and balances, and accountability that leads to our system of leaders and experts. They can become individual raging popes, ironically inveighing against the very system that made living without popes and kings possible in the first place, by creating a system of meritocratic, accountable, functional expertise. Attacking this democratic and representative system is now seen by some as the height of courage and conscience, when in reality, it is undermining the very system where true conscience, as well as health itself, can receive protection.

So as we puzzle over a system that lets almost any person become a viral hero to hundreds of thousands of Americans in opposing thousands of highly trained medical and scientific experts who have treated millions of patients, let us consider the true insights, and limits, of Luther’s priesthood of all believers and beware of the dangers of hyper-individualism and self-appointed experts. Freedom of individual conscience only means something in a functioning community that can operate to keep us all alive and healthy. There are more than 629,000 Americans who no longer have either freedom or conscience because they are no longer alive due to COVID-19.

Let us not add more to that number by making claims of freedom of conscience that neither Luther nor any other reformer or Adventist religious liberty pioneers would recognize or accept. This is not an argument for mandatory or coerced vaccination; our Constitution protects individual informed consent for adults in any medical treatment. But your choice not to be vaccinated will appropriately come with limitations on community participation, work, and travel. You cannot fairly decry these limits as violations of fundamental Protestant principles of freedom once you understand their true history and nature — and the even more fundamental right of your neighbors and friends to stay alive.

Nicholas Miller is the Lake Union Public Affairs and Religious Liberty director and a professor at the Seventh-day Adventist Theological Seminary at Andrews University in Berrien Springs, Michigan, United States.