“Tell ‘Em About the Dream” 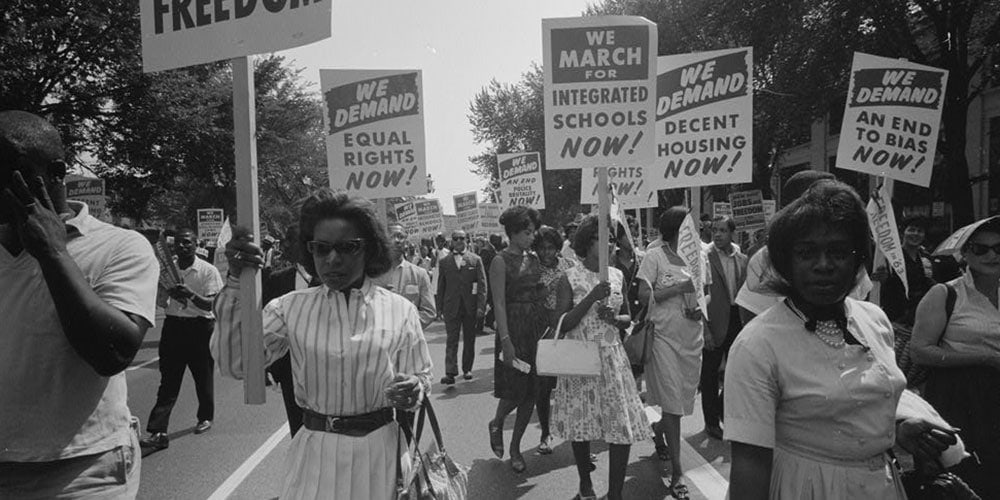 This article was original printed in 2013. We highlight again for you in January 2021 to remember Dr. Martin Luther King, Jr.—Editors

I was a six-year old White boy living in a segregated Southern state on that Wednesday 50 years ago when Martin stirred the world.

Even if the Dallas television stations had broadcast live coverage of the March on Washington and the speeches from the Lincoln Memorial, I almost certainly wouldn’t have seen it.

“It doesn’t look like something I’m supposed to watch,” I would have solemnly intoned if one of my rare non-Adventist neighbors in Keene, Texas, had invited me to watch the live television coverage that never happened.

To be six, White, and living in Texas—and Adventist—50 years ago meant to be oblivious to the issues of race and justice and national reconciliation that Martin Luther King, Jr. so memorably addressed in the one Wednesday sermon I have always regretted that I missed.

Years later and thousands of miles away, I listened, fascinated, as one of my religion teachers at Newbold College in England told of standing just 20 feet from King on the steps of the Lincoln Memorial that hot August day in 1963.  White, Australian, and cut from unconventional cloth, he relished the memory of hearing in person the words the world can never forget.

I envied him then.  I still do.

Some words, once spoken, may never be un-said, even when they cut against the grain of long-established habit. Some truths, once voiced, reframe the pillars of our understanding and what we dream of for our children. So King’s words have ineradicably reshaped the thinking of the modern world, and with it, how Seventh-day Adventists of all races and ethnicities now think of what it means to serve and follow Jesus in our culture.

Fifty years ago, many White Adventist leaders would have dismissed the words that shook the world as “politics.” But King’s eloquent 10-minute sermon gave everyone, Adventists included, a wake-up call to sleeping consciences and inherited prejudices.

They pounded on the doors of Adventist schools—like the one I then attended—still shut to children of color. They hammered on the church doors still being slammed in the faces of Black men and women who thought it only biblical that they should worship with White brothers and sisters. And King’s words, like the gospel from which they were drawn, helped challenge this Advent people to regain the unabashed commitment to human freedom for which Seventh-day Adventists were well-known 100 years earlier when this denomination was birthed.

We needed King, a Baptist minister, to give us back our birthright as believers unafraid to challenge social convention in the name of the biblical imperatives “to proclaim liberty to the captives  and recovery of sight to the blind, to set at liberty those who are oppressed; to proclaim the acceptable year of the Lord” (Luke 4: 18-19, NKJV).

John L. Lewis, one of King’s colleagues and the leader of the Student Non-Violent Coordinating Committee in 1963, recalls the day when the speech we today cannot forget was not proceeding famously.  Lewis, now a long-serving Congressmen from the red hills of Georgia, recalls that King was struggling in his delivery, and great orator that he was, not connecting with his audience.2

Jackson, whose moving rendition of the Black spiritual “How I Got Over” had moments earlier stirred the crowd, was reminding King of a phrase she had heard him use in recent days and at other rallies.  Sensing that something powerful was needed in the moment, she prompted King with a phrase he had not planned to use.

“He moves the text of the speech to the left side of the lectern, grabs the lectern, looks out on those more than 250,000 people assembled and thereafter begins to speak completely spontaneously and extemporaneously,” confirms King aide Clarence Jones, who had prepared part of the text of the King speech.3

What followed next as King remembered his own dream were four of the most electrifying minutes of visioning that America and the world have ever experienced. And I submit that in those four minutes, the trajectory of King’s words caused many Adventists to remember the dream that had once been a vital part of our denominational discourse decades earlier.

Idealist that he was, King had no illusions about how hard it would be to create a society re-founded on racial reconciliation:

Fifty years later, Seventh-day Adventists in the United States and around the world are still in the business of trying to remember the dream. At times—too often—we still succumb to old lines and practiced traditions. But in our better moments—in the moments when we listen to the same Spirit who called this Advent movement to life—we hear the echo of the words that remind us of our duty and our privilege.

So go out now, and “tell ‘em about the dream.”  Tell the rising generation of Seventh-day Adventists that the day King envisioned still requires sweat and struggle and solidarity and sincere commitment to racial reconciliation. Let the words that once stirred the world still stir a remnant people to redouble their commitment to hear—truly hear—the gospel’s clarion call to equality, compassion, and racial harmony.

“Tell ‘em about the dream.”