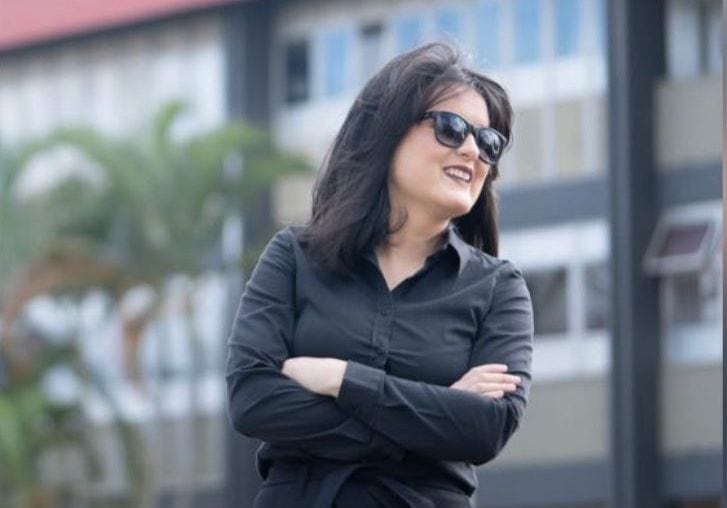 When she was just 6 months old, Islânia Oliveira, from Brazil, was diagnosed with a disease called retinoblastoma, a rare type of eye cancer. The disease caused her to lose her right eye. Ten years later, she suffered a fall and the trauma dislocated the retina in her left eye, leaving her completely blind.

Oliveira decided to become a lawyer. Now as a lawyer, she has set out to collaborate in other areas and find volunteer work where she can foster a culture of inclusion. As a Seventh-day Adventist church member, she organized a Bible study group.

Oliveira was inspired by the integration she experienced in the church, which allowed people with disabilities to volunteer in various church activities. “I feel I have always been part of this community,” she says.

A resident of Vitória da Conquista, Bahia, she currently coordinates a class for children at the local church she attends.

“We are often treated … overly cautiously,” Oliveira says. “I realize people are afraid to refer to me as blind. But I deal with my condition in a very natural way. I especially like how children treat the issue: in a natural way, just like me.” She has found a welcoming environment in Adventist Education, where she has been able to access scholarships and teaching resources adapted to her condition.

Oliveira says that especially after interacting with teenagers, her goal is to increase societal awareness about how productive people with disabilities can be. “I like to deal with young people because I feel like I’m modeling a society that you’ll see with different eyes. The church is already a very cool area, but these people will not live only in the church. I like to think that when these teenagers and young people go to work out there, in other places, with people with disabilities, they will act naturally, and that’s what makes sense,” she says.

The Role of the Adventist Church

Heron Santana, director of the Adventist Possibilities Ministry in the Brazilian states of Bahia and Sergipe, reminds advocates that people with disabilities need to be included not only in social and economic activities but also in religious activities. Against that framework, he explains what the Adventist Church’s role is: “The Adventist Church has created an area to educate others and create greater awareness about this issue. This is what Adventist Possibilities Ministry is about, recognizing people’s abilities and expanding possibilities for inclusion,” he says.