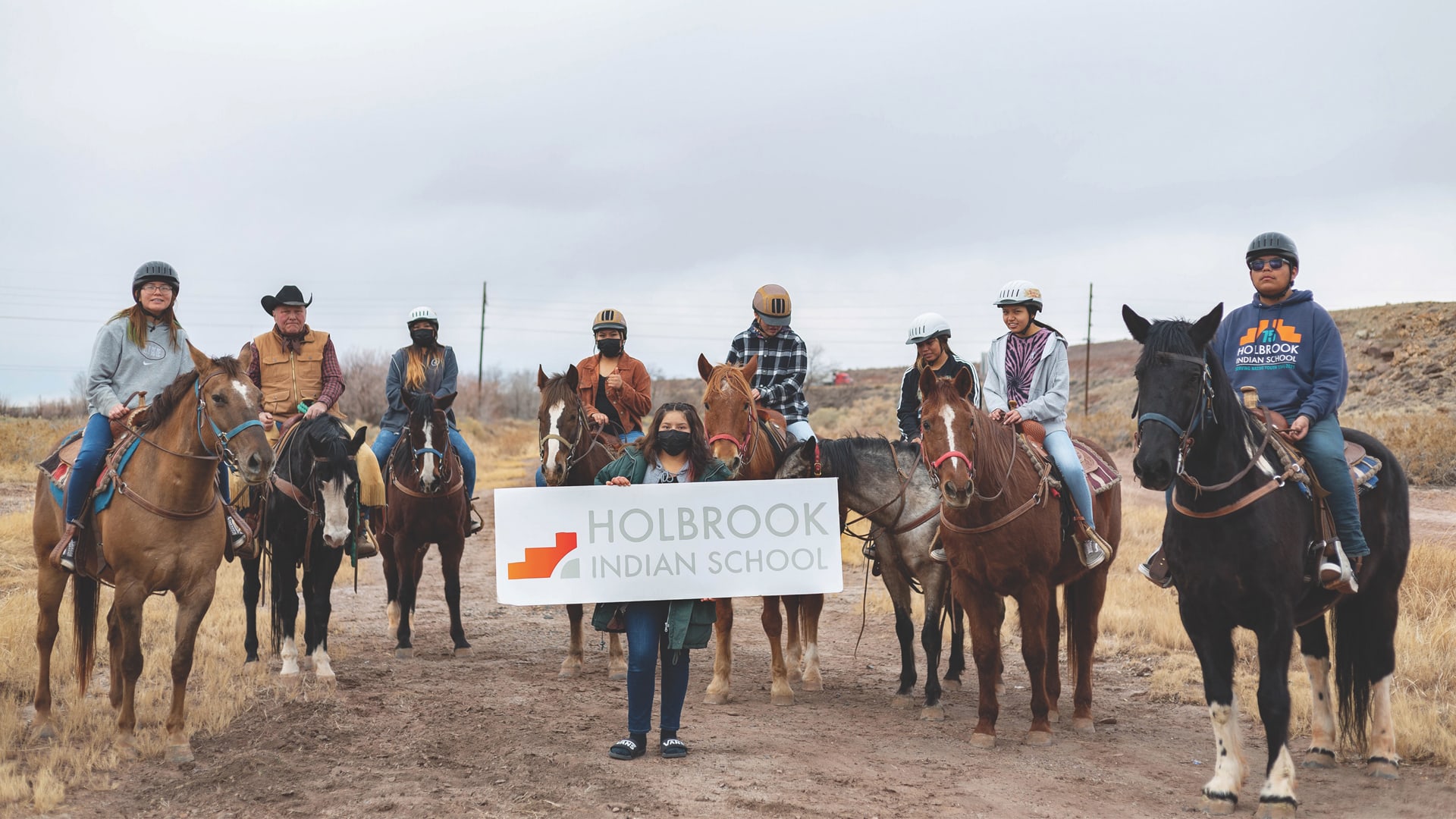 Thanks to the vision of faithful employee Fred Bruce and his wife, Pam, the Equestrian Facilitated Learning program has helped Holbrook Indian School (HIS) students to heal since its start in 2010.

The rehabilitative program has blessed many Native American students over the past decade at the school located in Holbrook, Arizona, United States. Fred, the program founder, is retiring when the 2022 school year ends.

Fred was initially called to HIS to teach industrial arts. His passion for horses over the years would prove to be an additional asset in launching a program that became a pillar of Holbrook Indian School’s mission to Native American youth.

With experience in auto mechanics and welding, Bruce accepted the position of industrial arts teacher at HIS. As he and Pam prepared to move to Arizona to accept his new role, he had ideas about doing even more. “I told them that if I came, I would be interested in starting a horsemanship program,” Fred says. Soon after his arrival at HIS, Fred’s proposal to the school board was approved.

The next few years would involve building the program from the ground up, including finding all the necessary funding. Thankfully, wherever there is a noble vision to do God’s work, He supplies the need through the agent of His people. Members of the church that Fred had attended in Chatsworth, Georgia, came to HIS on a mission trip and helped to build stalls and get things rolling. They also raised some money at their Vacation Bible School and provided materials.

Fred was able to utilize the industrial arts program to supplement the building of the horse program. “We had our construction class for industrial arts that year, and in that class the students helped build the horse arena,” he says. “The welding class built the metal gates for the arena, and they also made the top doors for the horse stalls.”

Pam Bruce’s role at HIS was also instrumental in advancing the horsemanship program. As the art teacher, beginning in 2012 until her retirement in 2014, she helped students to master the indigenous art of pottery design. For HIS alumna Jerena Hunter, art played a big part in her personal growth at HIS. She had started attending when there were no visual or graphic arts classes. It was during Jerena’s time there that Pam initiated the visual arts classes.

“We didn't have a lot of art supplies,” Pam says. “There were no art supplies other than pottery available to the students.” When Jerena came to register for classes the following year, she noticed a new drawing class and art supplies. It was a turning point for her. “Jerena likes to draw,” Pam said. “It helps her express and process her feelings by doing art.”

As teachers at Holbrook Indian School, Fred and Pam have seen firsthand the challenges that many of the students carry with them. They have also seen many students grow through the horsemanship, industrial arts, and fine arts programs during their time at HIS. When asked if any students stood out to him as showing noted growth and progress, Fred says that several come to mind.

“To mention one for industrial arts,” Fred said, “when Troy Dale first came, he read at a first-grade level, but he really liked the vocational classes. He took them all four of his years here. Now he does maintenance for a long-term-care facility in Flagstaff.”

Besides teaching auto mechanics, woodworking, welding, construction, horsemanship, and maintaining the school’s vehicles, Fred also took time on weekends to give horse rides to students in the arena or off campus. Pam continued to volunteer at the school after her retirement. The legacy of Fred and Pam will last beyond their time at HIS. They will be missed by the students and staff.

HIS is grateful to have found another dedicated individual to fill Fred's role in the industrial arts program. As of this writing, HIS is still seeking someone to continue helping students heal through the horsemanship program.

The school is a 1-12 grade boarding academy operated by the Pacific Union Conference of the Seventh-day Adventist Church. HIS also manages a 1-8 grade day school on the Navajo reservation in Chinle, Arizona. “Eighty-seven percent of funding comes from individuals who have a desire to support Native American ministries and Christian education,” school leaders said. “Your generosity makes a difference in the lives of our students, their families, and the communities they serve.”

The original version of this story was posted in the May 2022 issue of Pacific Union Recorder.