‘God Always Has Had Plans for Me’

A graduate student at a public university shares stories of divine guidance in his life. 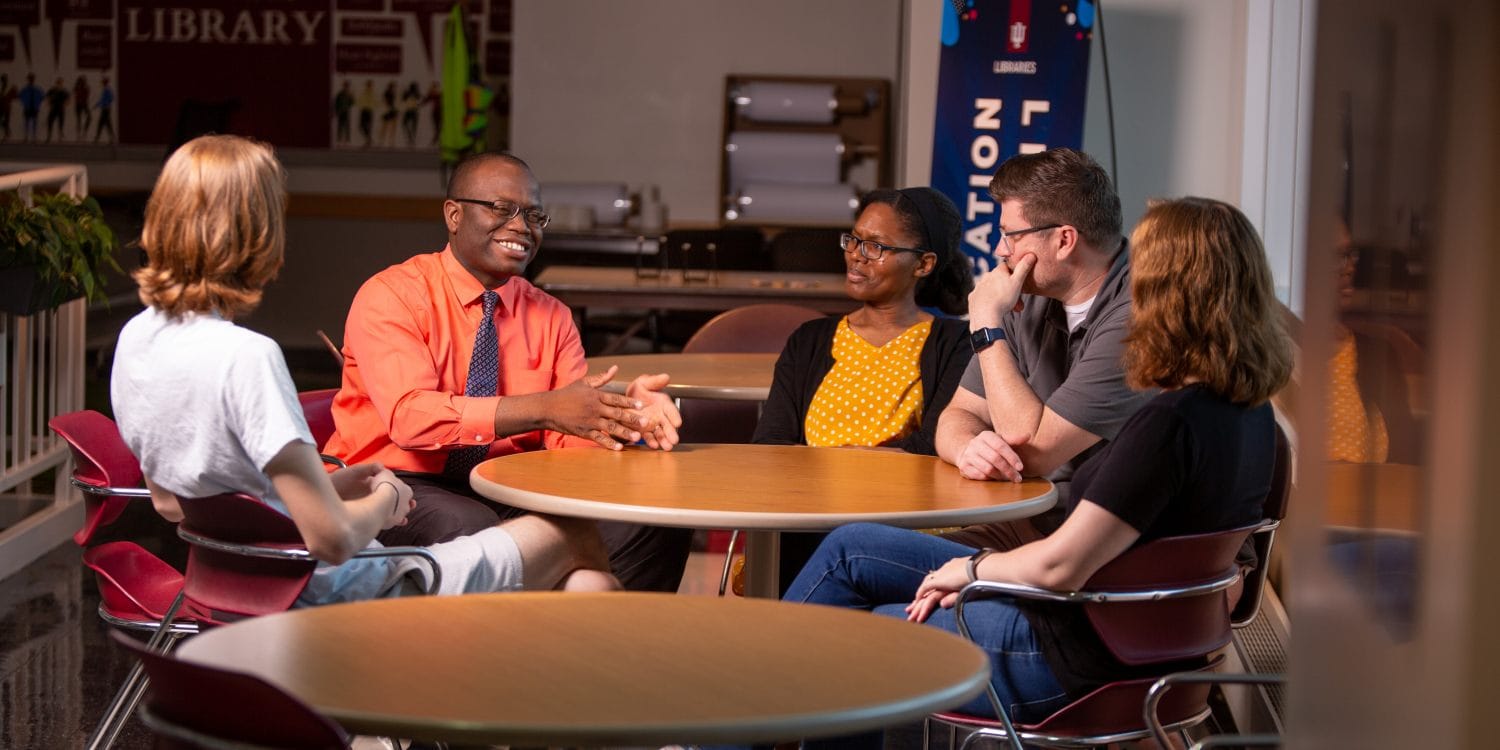 When Jamaican native Kemol Lloyd was very young, his father moved to the United States. His mother left town to find work and never returned, so Lloyd was brought up by his grandmother, a strict and devout woman who raised him in the church, accepting no excuses when it came time to attend the service every Saturday (Sabbath) morning.

“My grandma wasn’t educated — she couldn’t read or write — but she believed in education, and she believed in God,” Lloyd says. “That faith is what got me through Adventist school, and when I was 12 years old, I was baptized.”

When Lloyd’s grandmother died three years later, the church stepped in and truly became his family. He became even more involved in church, participating in Adventist Youth (AY) and singing regularly.

When he graduated from high school, Lloyd tried to work his way through college with a job in the shipping industry. Unfortunately, the employers weren’t willing to give him 24 hours off work every weekend from sunset Friday to sunset Saturday to keep the Sabbath, so he couldn’t hold a position.

Shortly thereafter, Lloyd decided to change his career focus to education; within days, he received notice that he’d been awarded a scholarship that covered his tuition for the duration of the three-year program. The following year he received another full scholarship, this time one that also provided an allowance for expenses. This pattern continued for eight years, into Lloyd’s two-year master’s program.

“At the start of every school year, I’d have no idea where my tuition money was going to come from. Somehow, God always provided,” he says.

Power of a Divine Encounter

During the summer break, Lloyd worked at an adventure theme park, helping guests with their harnesses as they awaited their turn on the canopy zipline.

It was on the zipline platform that he met a retired American math professor named Stu.

“Stu was all harnessed and ready to go when an episode of his medical condition made it unsafe for him to do the zipline,” Lloyd recalls. “He stayed behind while his wife went, and Stu and I got to chatting.”

As they discussed religion, God, and professions, Lloyd mentioned he was hoping to someday get his doctorate in mathematics but wasn’t sure where or how that would be possible. Stu asked for Lloyd’s contact information and said he’d be in touch when he got home.

“I didn’t expect to hear from him, to be honest,” Lloyd admits. “Why would a random theme park guest care about the life of a park employee?”

A few weeks later, Lloyd received an email from Stu, recommending him for the mathematics education doctoral program at Indiana University (IU) Bloomington. Much to Lloyd’s surprise, his application was accepted, but the age-old question rose to the forefront: Where would the funding come from? Then the age-old answer also appeared: from God.

“The school said they could fund me for a year but could not guarantee anything more,” Lloyd explains. “I told God if He only wanted me there for a year, I’d go for a year. The next year they funded me again. And the next.”

For six years God provided the means for Lloyd to continue in his PhD program, and he is set to complete his degree before the end of this year.

His faith journey isn’t only about academics, however; he also found a spiritual purpose on the IU campus.

“As soon as I got here, I looked for an Adventist group of students,” Lloyd says. He discovered Adventist Christian Fellowship (ACF). When the former leaders graduated, a local pastor whose church was a strong supporter of ACF asked Lloyd to consider being the group’s president. Although he was hesitant, Lloyd agreed to give it a try. He has now led the group for four years.

“We started out pretty small, and we couldn’t seem to make it grow,” Lloyd says. “Then two of my friends and I began meeting monthly to pray specifically for more members, and it made a huge difference.”

Although not all 30 identified Adventists on the IU Bloomington campus are yet part of ACF, the group’s numbers have increased. They are now large enough to implement several initiatives on campus and in their community. One such initiative is Lunch Buddies, a program that takes IU students, members of the Bloomington Adventist church, and their lawn chairs to a local city park to seek out houseless individuals. When they meet some, they set up their chairs and begin a conversation.

“We know this community is receiving food and clothes from the many organizations in the city, so we want to provide something else,” Lloyd explains. “We just want to love them as Christ would, making sure they are seen and heard.”

Based on the results of an ACF-instigated campus survey of students, the group focuses their on-campus efforts on creating opportunities for social engagement. Things like Christmas caroling, passing out cookies and offering prayer, providing a massage chair, and coordinating open volleyball games dot their calendars throughout the school year. It was at one of these ACF-coordinated events that Lloyd experienced a true, God-inspired moment.

Somehow, he had come into possession of a Chinese-English Bible. Despite not speaking or reading Chinese, Lloyd couldn’t bring himself to get rid of it.

“I kept wondering if there was someone who could use it,” he says.

At a university volleyball game, Lloyd met a student from China who began asking him questions about Christianity. He immediately knew who that Bible was for and gave it to her. He invited her to the weekly ACF Bible study meetings, and, to his delight, she not only came to the meetings but became an active ACF member and helped promote the group on campus.

“As I wrap up my doctoral degree, I hope to find a job teaching math, but the truth is, just like every year of my educational experience, I don’t know what’s coming,” Lloyd admits. “What I do know is that God always has had plans for me, and I’m just waiting to see what He’s going to do next.”