Wiggling Out of God’s Arms 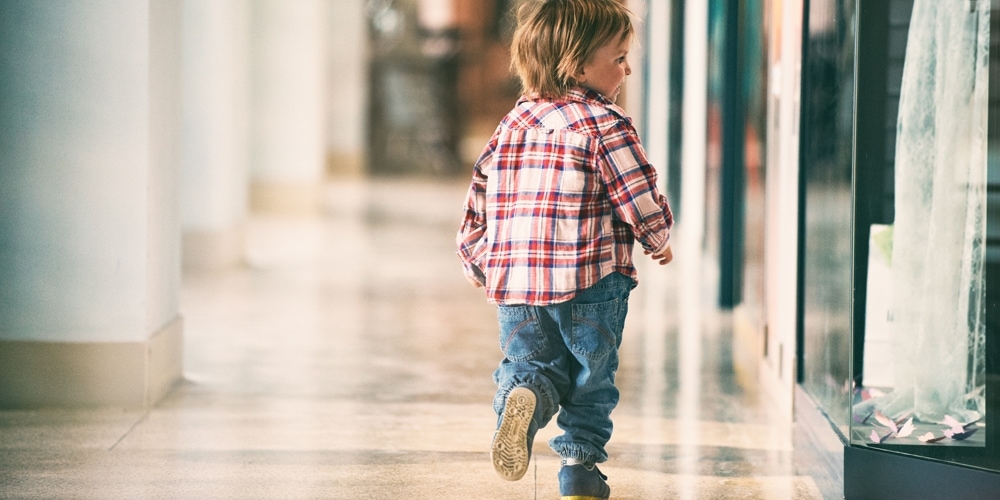 During prayer time at church I watched with great interest as the great controversy played out directly in front of me.

A toddler was fighting to wrestle himself out of the safest place in the world: his father’s safe and strong arms. When he got away, his father let him explore a bit, but in the end Dad chased after him and got him back. This happened several times, with the father getting visibly tired and frustrated. After a while the father simply kept an eye on his son as he toddled away into the great unknown and new-found “freedom.”

As the child got further down the church aisle (I doubt anyone close was paying attention to the sermon anymore), an adult abruptly got up from his pew and stepped out into the aisle—right in front of the toddler!

This not only stopped the mini-explorer dead in his tracks, but the surprise caused him to fall onto his seat. The next instant he turned around and ran directly into—you guessed it—his father’s arms. You see, his father always knew what things were like outside his arms and kept trying his best to save his wayward child from getting a taste of it.

I thought about the sermon I had just seen play out right in front of me, and how much I’m like that toddler. Chances are, you are too.

God, speaking to His own wayward toddlers, the kingdom of Judah, warned:

“This is what the Lord says—your Redeemer, the Holy One of Israel: ‘I am the Lord your God, who teaches you what is good for you and leads you along the paths you should follow. Oh, that you had listened to my commands! Then you would have had peace flowing like a gentle river and righteousness rolling over you like waves in the sea. Your descendants would have been like the sands along the seashore—too many to count! There would have been no need for your destruction, or for cutting off your family name.’ Yet even now, be free from your captivity! Leave Babylon and the Babylonians. Sing out this message! Shout it to the ends of the earth! The Lord has redeemed his servants, the people of Israel. . . . ‘But there is no peace for the wicked,’ says the Lord” (Isa. 48:17-20, 22, NLT[i]).

When I first read this passage, I was angry and frustrated that the people of Judah were so knuckle-headed and stubborn. God had to use a pagan nation to get their attention and bring them back to Him. Then my thoughts turned to my own life . . . and, well, lesson learned.

What has God used in our lives to get us back into His arms? And how much easier could our lives be in the present and future if we just remembered to never leave God’s arms.

Our own wicked hearts (see Jer. 17:9) paint an untrue picture of God’s character and fool us into believing that when God says “don’t” it’s followed by “have any fun!” But in reality, His “don’t” is followed by “hurt yourself.” This maxim rings eternally true: Choose to sin, choose to suffer! Satan is fine with all of us understanding that truth, but he is the ultimate dishonest salesman, playing the cosmic bait and switch; he doesn’t want us to come to that realization until after the gates close behind us and we’re imprisoned by the horrible consequences of sin.

I have spent a large portion of my life running away from God because I subscribed to a picture of the character of God painted by Satan. And although I’m back in God’s strong, safe arms, I still feel some of the consequences of those sinful choices.

For me, God’s words ring truer and truer every day: “There is no peace for the wicked” (verse 22). So do yourself a favor. Today, and every day, plead with God to remind you how good you have it within the boundaries He has set for you. Don’t walk, toddle, or run away from Him; because in the end, you won’t be standing on your feet, but instead, kneeling and agreeing, when it’s too late, that God is who He says He is (Phil. 2:10, 11).

Choose peace and rest, the peace that only a relationship with God can bring.