What If He Was Your Father? 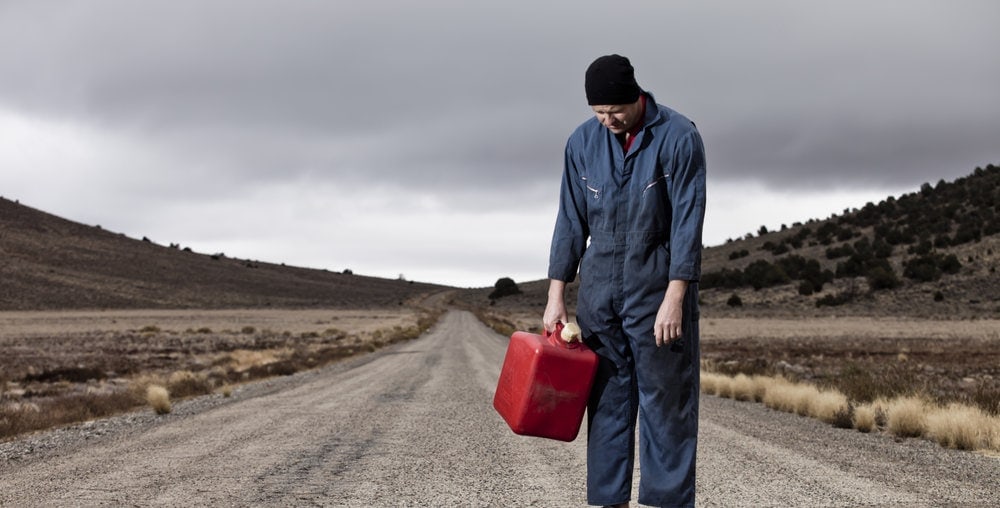 By Melody Mason, author of Daring to Ask for More: Divine Keys to Answered Prayer (2014)

An old, scruffy-looking man hobbled over to our car at a gas station near Flagstaff, Arizona, as my best friend, Valerie, and I were driving home last week from the GYC convention in Phoenix.

The man asked us for a ride to where his truck had broken down. He was carrying a gas can in his hand.

I eyed him a bit skeptically and then looked in our backseat, which was stuffed with food and traveling supplies.

The man quickly turned away.

I did feel sorry for him, but I wasn't sure if I was sorry enough to give him a ride. As a single girl, I've pretty much made it a stipulation never to pick up male hitchhikers, at least not unless there are already men with me in the vehicle. There are just too many strange things that happen these days. So I was uneasy with the prospects of helping the man, although he didn't look like he would hurt a flea.

Meanwhile, my best friend, Valerie, who was sitting in the driver’s seat, begin to prod my conscience.

"What if that was your father?" she asked. "Wouldn't you give him a ride?"

"Don't manipulate my emotions!" I responded sharply, maybe a bit too sharply. "I don't give rides to men!"

There was a pause. "I really think we should help him, Mel! He doesn't look like he could hurt anyone."

By this time, we had pulled away from the gas pumps and were waiting for the traffic to clear so we could get out onto the main highway. The old man, who had asked for a ride, was now crossing the street just in front of us, carrying his gas can as he headed down the road. Because of the heavy traffic, I had time to think and finally said, "OK, I'll clear the backseat. You can stop and pick him up."

'I'm Having an Asthma Attack"

A few seconds later we were able to get out on to the road and we pulled alongside the man. He was walking the same way we were going. We opened the door, and he crawled in, painfully it seemed. Then it was that I noticed his breathing, coming in short tight gasps.

"Are you OK?" Valerie asked him.

"I'm having an asthma attack. I forgot my inhaler in the truck," he responded between quick gasps.

Indeed he was looking quite pale, and his eyes were filled with fear. Maybe fear that he might not live to get that inhaler? I didn't know.

In just a few moments we pulled up to his broken down truck. It wasn't even 500 feet up the road. An elderly woman was waiting. He hopped out of our van and immediately went looking for his inhaler, which was in the front seat. Ahhh. The relief on his face when he put it to his mouth. He was going to live!

As we pulled away, we were both silent, but tears began to blind my eyes. As we drove, I cried more and more. Valerie reached over and gently wiped away the tears from my cheeks.

"A Journey Through Argentina Led Me to a Miracle"

"What are you thinking, Mel?" she asked with concern.

Finally I spoke. "I just didn't realize how hardhearted I sometimes can be! I'm so not a kind person, at least not like I should be." The tears continued to spill.

"If we hadn't stopped and picked up that man, he might have passed out right there beside the road. He was so desperate to get to his inhaler so he could breathe, and I didn't want to help him."

"We didn't know he was having an asthma attack," Val responded gently.

"I know, but God did. And that's why He picked us to help, and we almost missed the opportunity due to my hardheartedness. But at least you were listening to His voice …" My voice trailed off.

What made the whole situation even more cutting to my heart was that GYC speakers had offered many powerful messages about reaching out to those in need during the Dec. 31-Jan. 4 convention. I'd been deeply moved to tears several times as I had re-committed to do more for the hurting and needy. Many other young people had responded similarly. But agreeing with a sermon about helping those in need and then facing a scruffy man on the street who had a need was two different things. Oh for strength to put more of the gospel into work boots!

The reality of the whole situation and how we had almost not stepped in during a time of critical need was on my mind for a while.

Still crying and looking for more reassurance, I texted a close friend. "I'm so selfish." I wrote the words painfully. "I want to be more kind like you."

Although my friend didn't know why I'd written the above words, the response was deeply profound.

"All of our natural inclinations are of self, Mel. Recognizing that selfishness is even more difficult than overcoming it. Because we have to recognize it first, but once we do, Jesus helps us overcome it. So don't be too hard on yourself."

Wow! Just what I needed to hear.

Thank you Jesus, I prayed softly. Thank you for helping me wake up today to how horrible of a person I really am when it comes to reaching out to those in need. Help me to be more kind and willing to help those in trouble. I have an aging father, and I hope someone would also reach out and help him if he were in similar need.

"By all that has given us advantage over another—be it education and refinement, nobility of character, Christian training, religious experience—we are in debt to those less favored; and, so far as lies in our power, we are to minister unto them. If we are strong, we are to stay up the hands of the weak" (Desire of Ages, p. 440).

Later that day, with still many miles to cover between our location and home, I called my dad to see how he was.

"I am just returning home from the dentist. I had a tooth pulled today," he told me after our greetings. "However, I made a mistake in calculating mileage, and I ran out of gas. What made it so difficult is that it's so bitterly cold here right now in Arkansas. But thankfully someone stopped and gave me a ride to the gas station and back."

Wow! I could hardly talk.

"Are you serious?" I asked him. "You ran out of gas beside the road?" As I repeated his words, Valerie's eyebrows rose with a knowing expression. I knew what she was thinking.

Thankfully my dad was taken care of and already on the road headed toward home by the time I talked to him on the phone. But the lesson we'd just learned with the older man needing a ride was now even more firmly embedded in our mind.

Valerie had asked me, "What if that was your father needing a ride?" Unbeknown to her or me, my father did need a ride. But just as God had sent Val and I to take care of someone else's father, so He also sent someone to take care of mine.

Needless to say, I don't think either one of us will ever forget that old man who we picked up beside the road that day, or the lesson God taught us. In fact, looking back now, we wish we'd done more, such as offer to fill up his whole tank with gas, and maybe give him some food from our liberal supply. He looked like he could have used it more than us. But as we've reflected on the situation, we've talked about ways we can reach out more effectively and compassionately in the future. Maybe we could put together goodie bags with some non-perishable food items and religious literature that we could easily pass out the window to that homeless person standing at the stoplight. There are many ways we can help others if our hearts are soft and we are willing.

However, the strange coincidence doesn't stop with my father running out of gas. Two days later, Valerie's father was also stranded beside the road in the cold, only this time with a flat tire. Thankfully someone also stopped to give him a ride.

Once again, we both realized God was trying to re-emphasize to us how important it is to be willing to help someone in need.

I'm not advocating that we start picking up every hitchhiker out there. As a single woman, I probably still won't be picking up old men asking for a ride unless God impresses me otherwise. But I am praying that God will help me be more open to reaching out to those in need.

Transcript of president Ted N.C. Wilson's speech at the GYC convention: "Faithfulness to God in the Last Days,"Jan. 2, 2015, Adventist Review

Transcript of pastor David Shin’s Sabbath sermon at the GYC annual convention: “The Key of the Gospel,” Jan. 3, 2015, Adventist Review

"A Journey Through Argentina Led Me to a Miracle," Nov. 9, 2014, Adventist Review