“We are Amish. And We are Seventh-day Adventists” 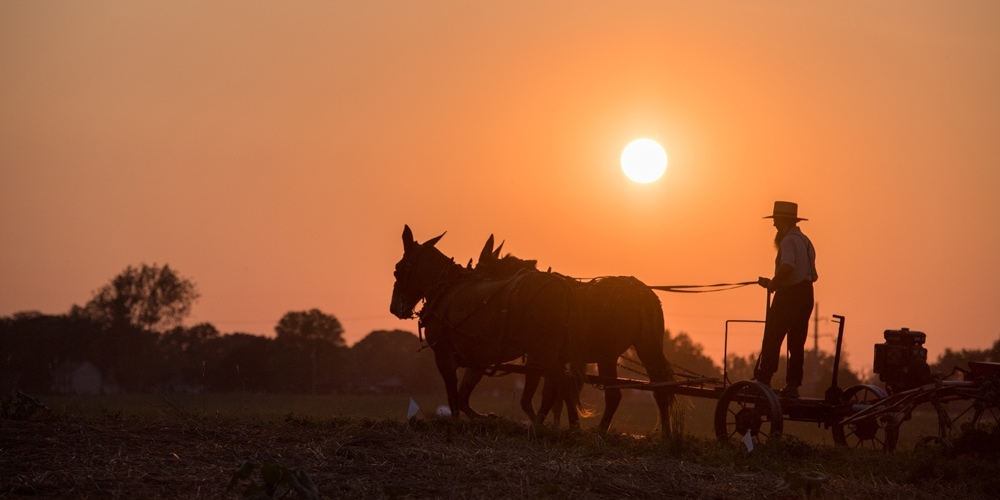 Andy Weaver had always loved his quaint Amish community in West Salem, Ohio, United States. He treasured the joys of simple life and the natural rewards of hard work and communal living.

It was his people’s Christian religion, however, that presented him with some challenges.

“I never found peace in the Amish religion,” said Andy. In his communal church, he heard a lot of “fire and brimstone” preaching. How can a merciful God torture sinners in the lake of fire for eternity? he wondered. How can I know whether I will end up living with God or burning for ever?

Andy’s community loved discussing Bible topics, among them, “the mark of the beast” [according to Adventist eschatology, referring to a religious-political power that opposes God.] Some of the community elders thought it must refer to a computer chip to be implanted under one’s skin, but they were not too sure about it. Since they spoke Pennsylvania Dutch at home but were only authorized to read Luther’s German Bible, not many understood the language enough as to read scripture regularly. And in that conservative community, members were not supposed to read other books—either secular or religious.

One day, about five years ago, Andy, who by now had married Naomi and had several kids, met a Seventh-day Adventist who shared some literature with him. After discussing Bible teachings on the end times, the Adventist member encouraged Andy to read the Bible in a language he could understand.

“When I first started reading the Bible,” said Andy, “Naomi was very receptive, and she liked the idea of having a deeper understanding of the Bible.”

Before long, however, the couple understood that following a path of obedience to Bible teachings would get them excommunicated from their community.

“It put me in a hard spot,” said Naomi in an interview recorded a couple of years ago. She felt they would dishonor their parents by keeping the Saturday Sabbath and following all the Bible teachings foreign to their community.

“I knew he was on the right track, but I was way behind,” she said. “I knew that what we were reading made sense, but I didn’t want to lose anybody.”

Naomi shared that eventually, she decided to do “what God wanted [them] to do.” She felt that somehow, God would take care of them.

In February 2014, the Weavers began to keep the Sabbath, and that August, they were baptized into the Seventh-day Adventist Church.

Their worst fears, however, came true. When the community found out, they were shunned. They were barred from attending community or family meetings and gatherings.

“The elders forbid everyone to even talk to us,” said Andy. “We were shunned from doing business with the community, and our kids were not allowed to keep attending Amish schools.”

While during the first few months the Weavers went through financial hardships, they believe that God opened a way for them to make a living. And, as they share, through a series of miracles, a property was provided with a small two-bedroom house on acreage. There they launched the West Salem Mission in June 2015, with the goal of sharing the Bible’s full message with others in the community.

The property house was quickly converted into a small worship center and is currently doubling as a space for the home school group.

“Now we are dreaming of building a new church and a school,” said Andy. “God willing, it will be the first Amish Seventh-day Adventist Church that we know of.”

The Weavers, who attended the Adventist Laymen’s Services and Industries (ASI) Convention in Houston, Texas, in early August, are happy to report that currently, two other Amish families are keeping the Sabbath and getting acquainted with the Adventist message.

They also shared that neighbors are little by little becoming more open. “They come and talk to us when nobody is watching,” they shared.

The inroads of the Adventist message among the Amish seem to affirm a decision the Weavers made soon after being baptized into the Seventh-day Adventist Church.

“When we became Adventists, we had to decide whether we would leave our Amish lifestyle behind, or keep it,” said Andy. “We chose to stay Amish.”

He is quick to point out that their decision is not based on religious requirements but mission.

“We’d like to maintain our lifestyle,” Andy said, “not because God requires it, but to be the conscience of our people.”

And they are glad they did, even though they make a point about what a privilege it is for them to belong to a worldwide denomination.

“I grew up in a community based on uniformity, but the variety and diversity that I see in God’s remnant people are fantastic!” he said. “We love being part of this movement!”