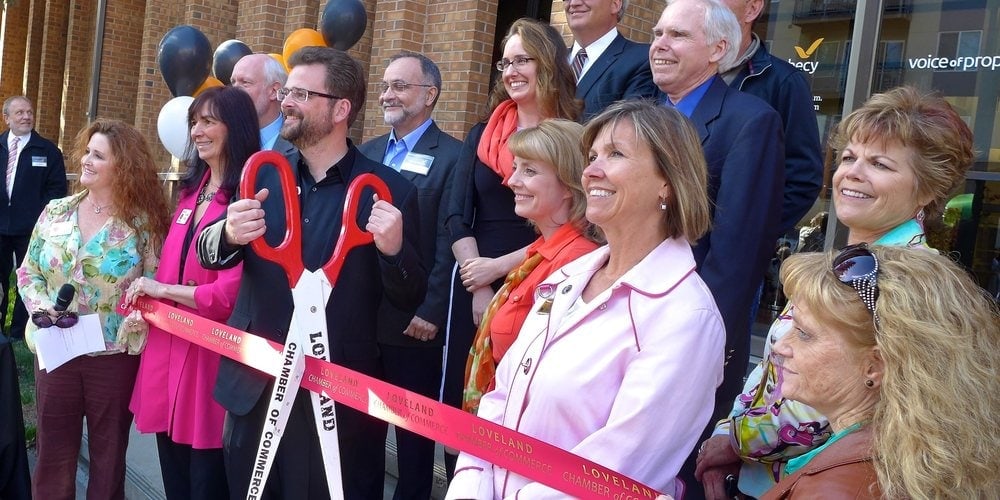 The Voice of Prophecy, the 85-year-old pioneer in religious broadcasting, has held a grand opening at new offices in the U.S. state of Colorado seven months after moving east from California.

In a sense, the broadcast ministry of the Seventh-day Adventist Church is returning to its roots with the move to Loveland, the former home of its founder, H.M.S Richards.

“There is no better place than this community,” speaker and director Shawn Boonstra said at the ribbon-cutting ceremony late last week. “We brought this ministry back home.”

The ministry claims its place in Loveland because Richards was a Loveland resident and 1914 graduate of nearby Campion Academy. A Loveland elementary school carries his name.

Richards started his evangelistic ministry in 1929 in Los Angeles, broadcasting the “Tabernacle of the Air” program and starting Christian broadcasting in the United States. Today, the Voice of Prophecy is regarded as a forerunner of international broadcasting for the Seventh-day Adventist Church.

The grand opening brought together a crowd of about 300 local civic leaders, members of the Loveland Chamber of Commerce, and local Adventist believers.

“The whole world will hear about God's love from a city called Loveland,” Boonstra said.

The Voice of Prophecy left its former offices in Simi Valley, California, after the Adventist Church’s North American Division decided to sell its media center there. The ministry had office space in the media center.

It now leases offices for its staff of 32 at 255 E. Sixth Street, on the south end of a Chase Manhattan bank building, in downtown Loveland.