One of the most simple but innovative lay evangelism programs in Adventist history moved into its permanent home when Loma Linda University Church (LLUC) formally dedicated the Literature Ministry Distribution and Training Center on the campus of Loma Linda Elementary School on October 15, 2022.

The center, whose steel walls and barred windows resemble an armored fortress, represents the culmination of years of vision, faith, prayer, and hard work on the part of a dedicated lay group eager to share the gospel in the Inland Empire of Southern California, United States.

The method is disarmingly simple. Volunteers stock large metal carousels or small racks with colorful Christian literature in university offices, physicians’ offices, clinics, hospitals, and business offices so readers can help themselves to whatever they want. The publications deal with topics of physical, mental, and spiritual health and healing, and invite readers to enroll in local Bible-study classes.

It has proven highly effective. According to Paul Damazo, the group’s energetic 97-year-old founder and executive director, 200,000 pieces of literature were taken from unattended carousels and racks in 2019, and 66 people have been baptized since 2020. He says another 250 individuals are participating in Bible studies at 19 different locations as a direct result of the literature carousels.

Gary Carpenter, who co-chairs the ministry with his wife, Marilynn, said the path to the new center was filled with obstacles.

For one thing, elderly church members who allowed the group to store its carousels, literature, and supplies in their garages kept dying of age-related causes. “We had to move seven different times,” Carpenter reported.

For another, when the group crunched the numbers to see what it would cost to buy land and build a permanent facility, the figure came back at US$685,000. “We didn’t have that kind of money,” Damazo said.

But after reminding God that He had called them to this important work, the group took steps to turn their dream into reality. Three members — Paul McFeeters, Lillian Guild, and Damazo — launched influence campaigns to attract high-level support.

McFeeters lobbied hundreds of people in person, asking them to pray for the project. Guild waged a decade-long letter-writing campaign asking leaders like Loma Linda University Health (LLUH) president Richard H. Hart and LLUC senior pastor Randy Roberts to support the group’s evangelistic efforts. For his part, the human dynamo that is Damazo inspired thousands with his enthusiastic presentations of the group’s method of scattering Adventist literature like the proverbial leaves of autumn.

Although neither McFeeters nor Guild lived to see the results of their efforts, Damazo did. He loves to tell how the seemingly insurmountable obstacles began to vanish like thin fog when the sun comes out.

To begin with, Hart not only granted the group permission to place literature carousels in the offices of willing physicians, but he also made room for carousels in the Faculty Medical Clinics, six LLUH hospitals, and other locations.

Roberts not only invited members of the group to speak about their dream of a permanent home for their literature ministry during board meetings and church services, but he also got the board of LLUC to approve the appointment of Miguel Mendez as the liaison pastor between the group and the 6,400 members of LLUC, the largest Adventist church in the Western Hemisphere.

Eventually, Hart even persuaded the LLUH board to donate the property on the elementary school campus to the group.

Carpenter, who is a general contractor by trade, quickly rendered a colorful professional appraisal. “It was a dump,” he said with a laugh, “but we were delighted to have it.”

It didn’t remain a dump for long. Carpenter and his team promptly cleared the property of debris. Then they rolled in heavy construction equipment and bulldozed the landscape into the small knoll the center occupies today. He also designed the garden that graces the front of the parking lot, while Marilynn tracked and accounted expenses.

That still left the problem of what kind of building to construct on the site. It had to be strong, and it had to be affordable. Once again, God came through. Someone mentioned that people are turning used shipping containers — the big rectangular boxes that ride on the decks of ships and railroad cars — into housing.

Although a bit skeptical at first, the group toured the headquarters of ITS ConGlobal in Wilmington, California, and liked what they saw.

Today, the 1,600-square-foot (around 150 square meter) center is made up of four 10 x 40 feet (3 x 12 meter) shipping containers welded together with large openings in the middle to allow easy access between rooms. Not only is the building as strong as steel, it’s also practical and useful, offering a conference room, waiting area, front lobby, and all the storage space the group is likely to need for years to come. Should the ministry desire to expand in the future, other containers can be added as needed.

In addition to Damazo and the Carpenters, other speakers at the service included several retired or active workers, including Ernie Castillo from the North American Division, Dale Galusha from Pacific Press, Kurt Johnson from the General Conference and the Voice of Prophecy, Curt Dolinsky from It is Written, Bill Krick from Pacific Union Conference, and pastors Miguel Mendez and Randy Roberts from LLUC. Since he was out of town, Hart appeared in a pre-recorded video message.

In his introduction to Galusha, Damazo noted that the ministry gets 90 percent of all the literature it uses from Pacific Press and added that Galusha’s support has been instrumental to the success of the endeavor. He added that It is Written and Voice of Prophecy also supply vital resources.

Galusha opened his keynote address by presenting Damazo with a plaque, which now graces the front lobby of the center. The idea proved popular as two other speakers also gave plaques to Damazo. Galusha spoke lovingly of Guild and McFeeters and predicted that God will bless the center in remarkable ways. One of the speakers noted that General Conference president Ted Wilson called the center a model of lay evangelism for the entire denomination.

Throughout the service, speaker after speaker cited Damazo’s indomitable determination to help finish the mission articulated by Jesus in the Great Commission. One of them said it was literally impossible to say no when Damazo asked them to do something, and laughter broke out around the room as others attested to the power of his persistent arm-twisting.

After Roberts concluded his dedicatory prayer, Marilynn Carpenter gave him a pair of scissors the size of a small bicycle. She also distributed normal-sized scissors to the other speakers and honorary guests, and moments later the ceremonial ribbon fluttered to the floor. 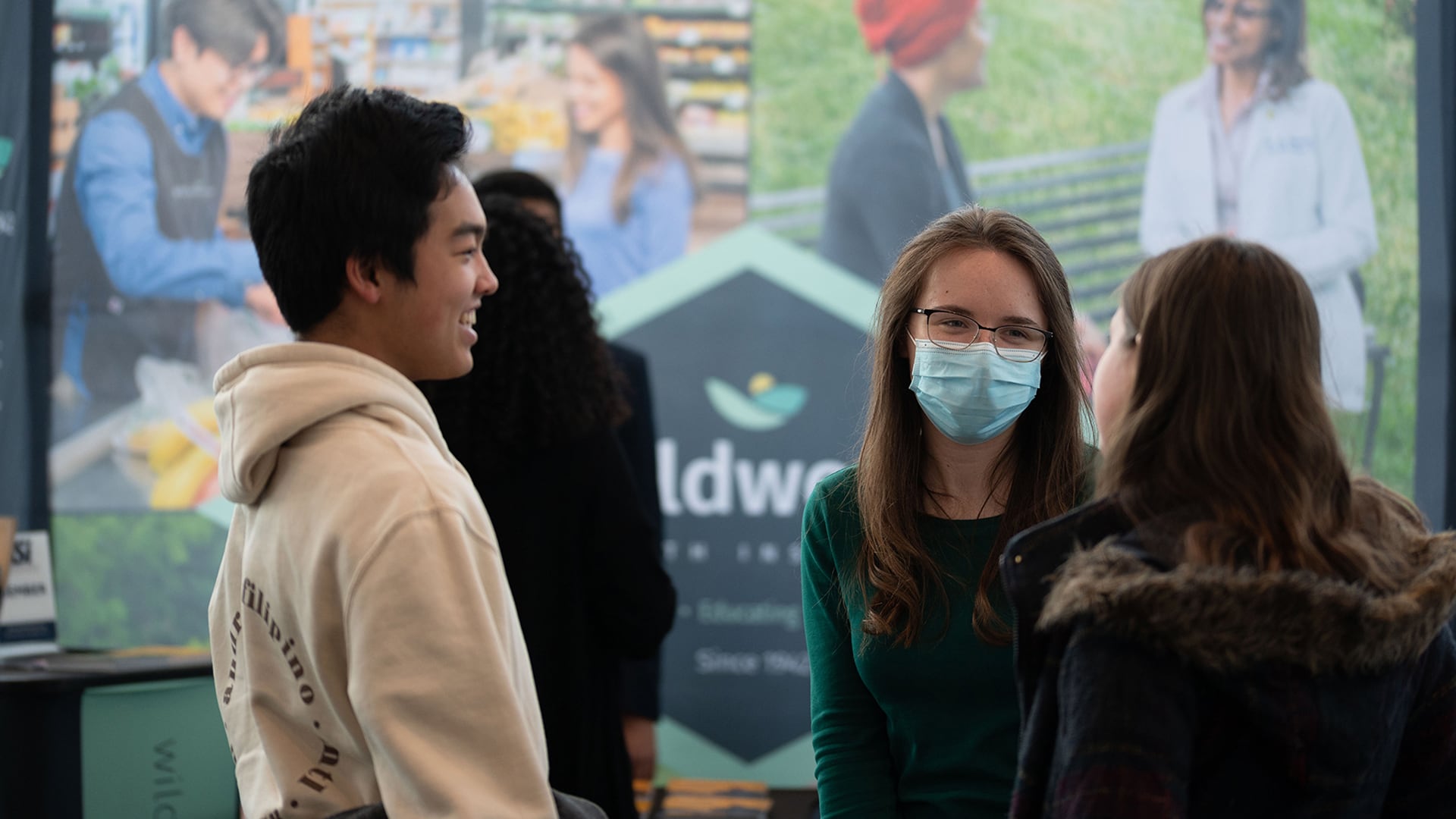