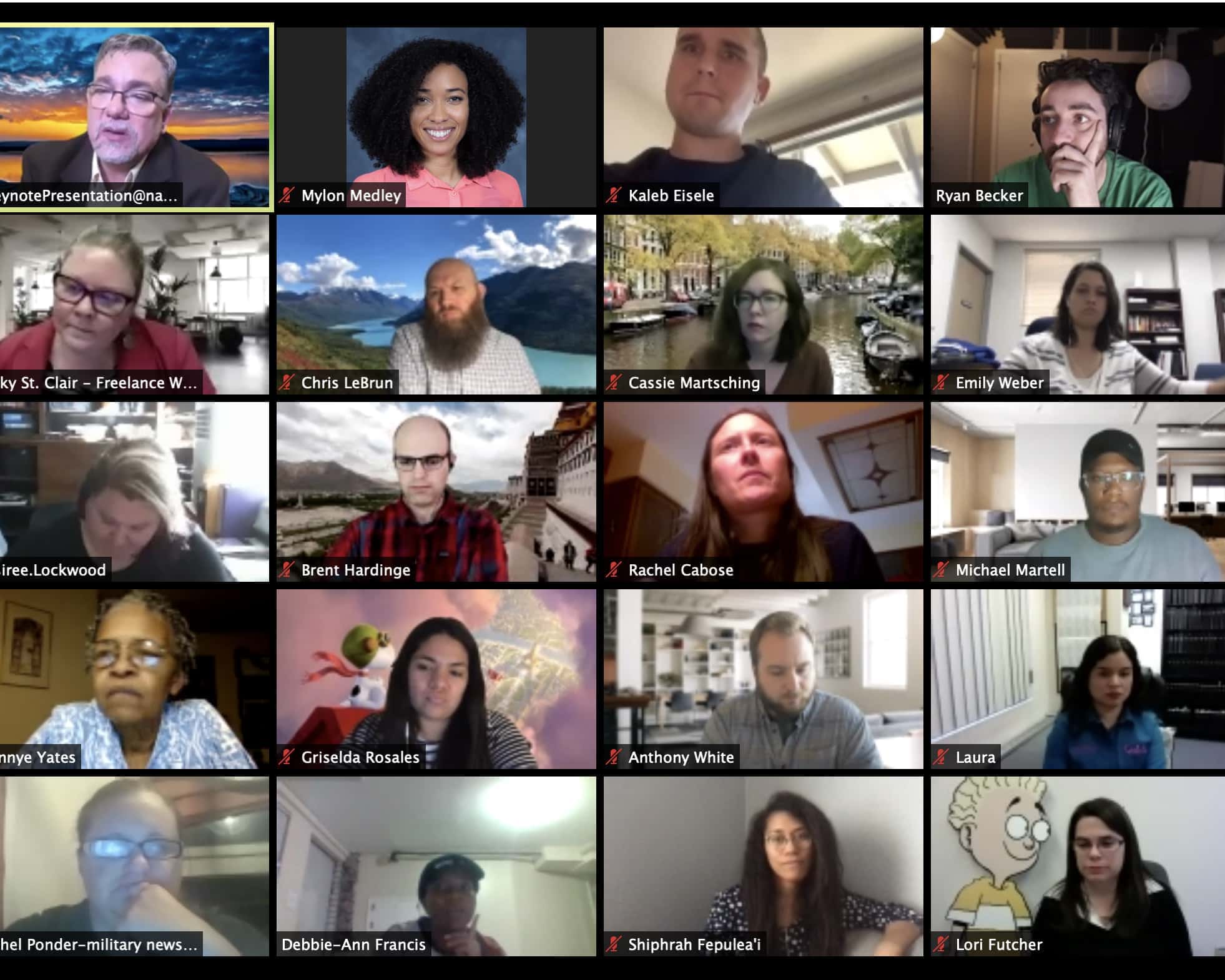 Since 2000, when the Southern Society of Adventist Communicators became the Society of Adventist Communicators (SAC), the annual convention has drawn professionals and students from across the North American Division to a multiple-day event featuring keynote addresses, dynamic presentations and workshops, networking opportunities, site visits to media outlets, and award ceremonies.

“I’m extremely grateful to the SAC board of directors and the NAD studio production and communication teams, who were able to pull this off within a few months. This would not have been possible without their hard work. It’s truly awe-inspiring,” said Dan Weber, executive director of SAC and communication director of the North American Division.

This year’s convention was condensed to fit into the evenings of October 14 and 15, 2020, with keynote addresses by Sylvie di Giusto and Kim Lear and eight workshops scheduled over the two days.

With consideration of the effects of the pandemic, including widespread financial hardships due to job loss across the country, organizers made registration a “Pay-as-you’re-able” system, allowing registrants to attend for free or choose to donate an amount up to US$100, which would help the organization fund next year’s convention and offer student discounts.

One surprise from making the event virtual — and making the registration fee optional — was receiving a record-breaking amount of interest in the convention, with 726 registrants, nearly triple the number of attendees of past SAC conventions. The online format paved the way for people who have been interested in the convention over the years but were unable to attend for various reasons, including conflicts with work or school or limited travel budgets. Despite some technical glitches, many breakouts had more than 100 attendees each, and both keynote presentations’ attendance was in excess of 300.

“I am the communications director at my local church, and this is my first year at SAC! I’m really glad I was able to join,” wrote Trenette Donovan in the Zoom chat. “Thank you for all of your hard work. I learned a lot, and I'm excited for next year!”

In addition, many attendees joined from countries located outside of the division’s territory, which includes the United States, Guam-Micronesia, Canada, and Bermuda. Represented countries this time included Ethiopia, Australia, New Zealand, The Bahamas, Jamaica, Virgin Islands, Guatemala, Iceland, Philippines, and the United Kingdom.

“I think [this virtual format] will need to become a permanent part of SAC as it allows more access to international communicators who are not always able to afford the travel expenses,” said attendee Desrene Vernon. Her sentiment was echoed by numerous attendees who expressed deep appreciation for the opportunity to connect with colleagues from other divisions and countries. Organizers say the virtual addition would supplement the in-person convention experience, not replace it.

Another bonus of the convention’s virtual accessibility and flexible registration fee was providing professionals in various church institutions who are not in the communication field — leaders who may work in conjunction with collogues in public relations, news production, and social media — the chance to look into the world of communication to get a better understanding of the work involved behind the scenes.

“There’s sometimes a disconnect between an administration and communication. Being able to have someone such as [a conference president] listening in to the breakout sessions and being able to say, ‘Here is the value of my communication person’ is important,” said Enno Müller, communication director of the Southeastern California Conference. “This year’s format lends the ability for some of these conference leaders to be able to attend, to come in and watch — and that in itself is a value. I think if this could be done more often, it will enable the communication work to be more effective in our entities.”

For those who were unable to attend the 2020 SAC Virtual Convention, recordings of the workshops, which covered topics including “Streaming for Pastors,” “Communication + Social Justice,” “Seventh-day Adventists and the Movies,” “Thou Shalt Not Steal: Copyright Law and the Boogeyman,” and “Process of Releasing a Corporate Statement,” will be available on the SAC website in the coming weeks.