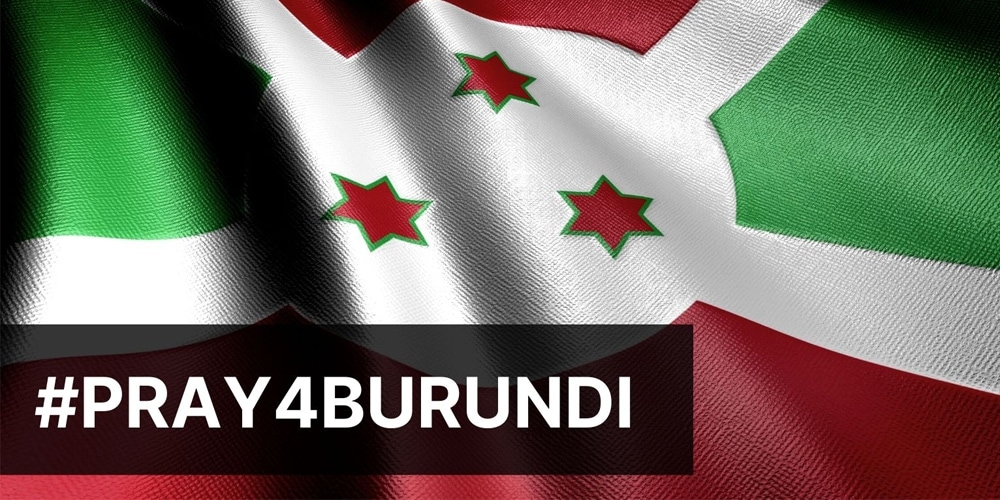 The following release was provided by the General Conference of Seventh-day Adventists for distribution. More information on this campaign is available at Adventist.org/Pray4Burundi. ~Editors

On October 24, Burundi Union President, Lamec Barishinga, was arrested on his way to meetings at the East-Central African division offices in Nairobi, Kenya. This arrest is the latest in an escalating series of events between the Seventh-day Adventist Church and the government of Burundi.

In May, through the Adventist News Network and the Adventist Review, Seventh-day Adventist world church president, Ted N.C. Wilson, asked for urgent prayer for the Adventist members in Burundi. The request came after 22 Adventist leaders and members in the central African nation were arrested and detained. The arrests were ordered by the national government and followed months of illegal interference on the part of the Burundi government in the administration of the Adventist Church in that country.

In addition, a group connected with the former union president, with support from the government, has taken control of church buildings preventing current church administration from entering. Intimidation and assault of Adventists by Burundi police officers has also been captured on video and posted on social media. Despite months of prayer and attempts to negotiate with the government for the release of the buildings and cessation of abuse, little progress has been made.

Because of this, the Seventh-day Adventist Church is calling on all members to #Pray4Burundi. We ask that, in addition to praying for the leadership and members to stay strong in the face of violence and persecution, you pray for three specific things:

On Tuesday afternoon of the Annual Council at the General Conference Headquarters, in October, Ted N.C. Wilson, president of the Seventh-day Adventist world church, paused in the proceedings and called the delegation from the East Central Africa Division up to the platform.

Barashinga was unable to obtain a visa to attend Annual Council, so instead he sent a video, which was played for the room full of world delegates.

“I address to you my sincere gratitude and that of all the members of the Adventist Church in Burundi for sustaining us through your prayers,” Barashinga began. “Without them, all of our pastors and administrators would be in prison, some of us dead. The hand of our Lord has been more powerful than that of the devil.”

Please visit Adventist.org/Pray4Burundi for more information, videos and photos and use #Pray4Burundi on all your social media posts.