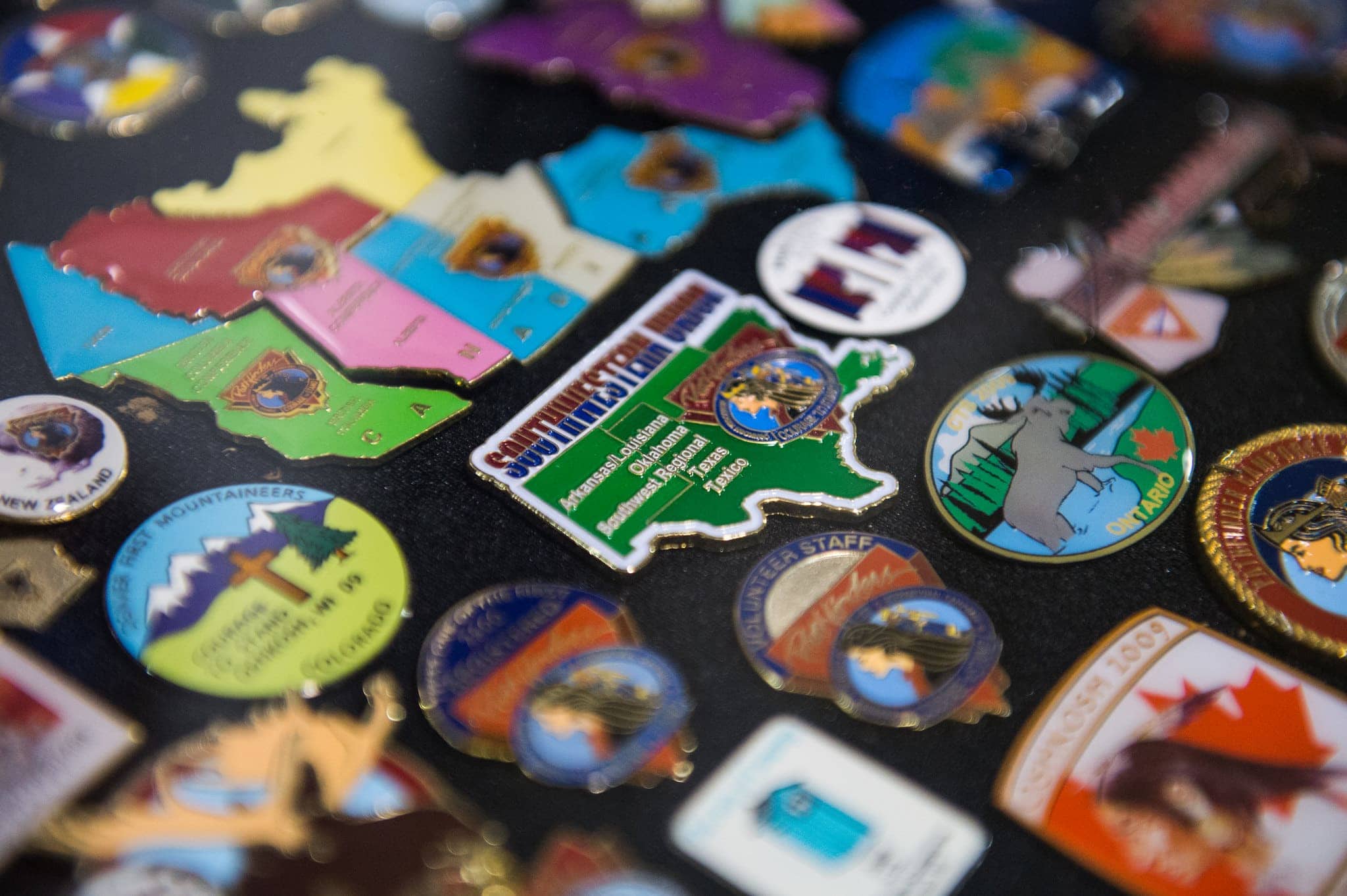 Tens of thousands of Pathfinders are preparing for the “Chosen” International Pathfinder Camporee that will take place in Oshkosh, Wisconsin, August 13-17, 2019. They are double-checking the website for the schedule of activities, camping locations, and FAQs.

Pathfinders is an organization of the Seventh-day Adventist Church that works for the cultural, social, and religious education of children and teens. Boys and girls aged 10 years and up are members of Pathfinder clubs all over the world.

The international camporee, which occurs every five years, is the largest Pathfinder-related event of its kind. As they prepare, Pathfinders know that one thing must be in pristine condition — their uniform. From the tan top, black bottoms, belt, scarf, and sash to their honors patches, pins, bars, and stripes, everything must be perfectly placed as outlined in the Pathfinder Manual.

Some items related to the uniform can only be obtained during camporees. There, Pathfinders will seek something extra special to help them stand out — collectable pins.

“It’s become a frenzy in the last few years,” said Armando Miranda, associate director of Youth and Young Adult Ministries for the North American Division (NAD), when speaking about the culture of collecting pins at camporees.

Miranda said at least 100 different entities and ministries will make pins available during the camporee. Most designs incorporate elements of the logo for the “Chosen” International Pathfinder Camporee, which illustrates the biblical story of David facing Goliath with his slingshot.

Traditionally, each of the division’s unions and conferences create their own pin design or collection. In addition, ministries of the division, including Youth, Children’s, Stewardship, Ministerial, Adventist Community Services, Education, and Adventist Colleges Abroad, will have pins available. The officers of the NAD — Daniel R. Jackson, president, G. Alexander Bryant, executive secretary, and Randy Robinson, treasurer — are offering a pin that focuses on prayer as a way to get the Pathfinders to connect with each other. The division officers will mingle with the Pathfinders on the campground as a part of their pin distribution.

Local clubs also create pins for their Pathfinders to trade or keep as souvenirs.

Pathfinders collect these pins through purchasing or trading, but mostly through trading, which is greatly encouraged by Pathfinder leaders. The process of trading gives the Pathfinders opportunities to develop interpersonal skills.

“We live in a world where we’re all disconnected from each other, even though we have devices to stay connected. Trading requires that you make eye contact, lose your nervousness, and get a little courage to approach others,” Miranda said. “It also teaches them about business practices.”

Once pins have been exchanged, Pathfinders will either wear them on their uniform sashes or place them on hats or vests they purchased solely to hold their pins. Others keep their pins in booklets.

“By collecting pins, the Pathfinders are collecting memories,” Miranda said.

Pins first appeared at camporees in the early 1990s. The production and subsequent trading of the pins have grown exponentially since then. In 2014, a “Pin Trading” honor was developed to help Pathfinders understand the principles that should govern the trading process in an effort to help them grow spiritually.

“The honor explains the [pin] culture. It gives Pathfinders and staff an idea of how to approach pin trading,” Miranda said. “Pathfinders learn how to measure the value of a pin and how to have a good interaction. The honor is also designed to help them understand the community aspect of exchanging something of value. It’s not just about taking a pin just because you like it. It’s a partnership.”

In Skill Level 1 for the Pin Trading honor, the Pathfinders get a deeper understanding of pin placement, where they can trade pins, and the “three F’s of pin-trading etiquette” — fun, fair, and friendly — which are the principles Pathfinders are encouraged to follow while trading.

In Skill Level 2, or Pin Trading Advanced Honor Star, Pathfinders learn the factors that affect the cost and value of a pin, the different types of pins, and the various ways pins can be accessorized or embellished with elements such as blinkers, bobble heads, spinners, and sliders. The Pathfinders are also encouraged to share the “fun, fair, friendly” pin-trading etiquette with new traders.

“We want them to have fun, but we don’t want them to lose sight of the true value of trading, which is gaining a richer camporee experience by getting to know each other,” Miranda said.

For this year’s camporee, the NAD’s Youth department created a collection of eight pins and eight patches on behalf of Guam-Micronesia Mission (GMM) to help grow its Pathfinder ministry.

“The realities are that ministry in the islands of GMM tends to be challenging due to the lack of resources available, and lack of training for leaders and volunteers,” Miranda said. “The pastors and student missionaries who live in the islands try to do their best, and many of them succeed in helping the youth at the local church for a time, but it is an ongoing struggle to have trained leaders and resources available to help keep youth ministry going on each island.”

The collection was curated to help raise awareness of the mission’s great need. Each pin and patch represent a specific place in the territory, including Yap, Pohnpei, Guam, and the Marshall Islands. Pathfinders of the three clubs from GMM attending the camporee will receive three collections — one to keep and two to use for trading. Furthermore, in an effort to financially support the territory’s Pathfinder efforts, the pins and patches are available for sale on AdventSource.

“It’s very expensive to travel to and from their part of the world. We recognize the sacrifice it took to make the trip happen,” Miranda said. “We hope through the money we raise by selling the pins and patches, we can say to their leaders, ‘Here’s something to help create a stronger Pathfinder presence in the Guam-Micronesia Mission.’ That’s the whole idea behind it.”