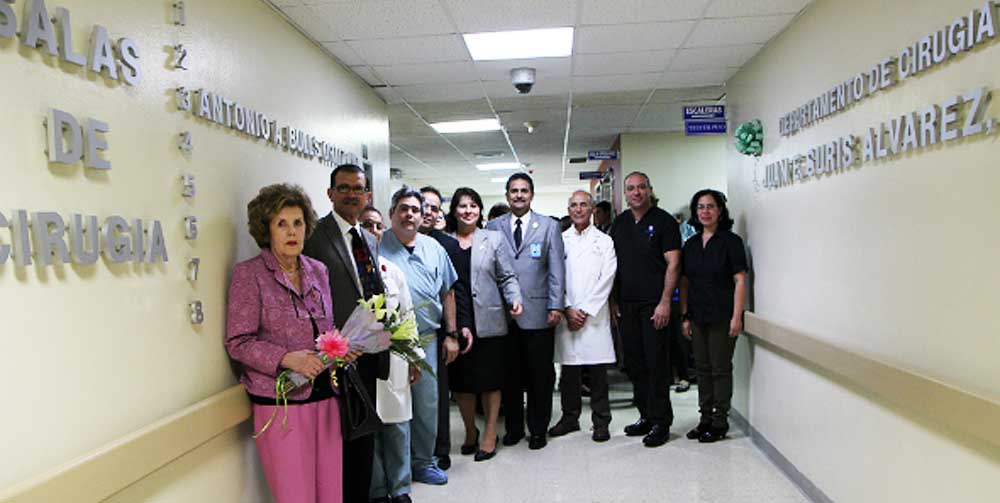 Adventist
owned and operated Bella Vista Hospital in Mayaguez, Puerto Rico, is
celebrating 60 years of medical ministry this year, and recently announced a
$3.5 million expansion plan. The announcement was made during a series of
anniversary activities in the community.

“After six
years of providing excellent services, we continue transforming our facility to
provide the newly advanced health services to patients in Mayaguez and the
region,” said Nieves, amid a crowd of people gathered during the celebration
event on February 2, 2014.

The
institution will continue with the expansion and construction of three
additional floors, explained Nieves. The first floor will feature 14 private
rooms, the second will have 28 semi-private rooms and a new endoscopy
department, and the third will be designated for administrative and finance
offices and conference and meeting rooms. A helicopter landing platform is also
in the plans.

Community
activities leading up to the celebration included a 5K health run in which more
than 400 people participated to benefit the Jesus de Nazaret Children’s Home of
Mayaguez.

Some 400
people joined in the 5k run organized by the hospital on January 26 as part of
the anniversary activities of the 60-year-old hospital.

The
medical facility’s surgery department was named in honor of the prestigious Dr.
Juan E. Suris Alvarez, who served as a surgeon for 35 years. In addition,
Surgery Room Three was named after Antonio Bulls Ortiz, a physician who served
the hospital for 49 years.

Additionally,
the first retiree from the hospital, Roselio Muniz, was honored for turning 100
years old. Twelve other hospital employees were recognized for serving for more
than 40 years.

In 2009,
Bella Vista Hospital inaugurated its cancer institute, the only such institute
in the western part of the island and the first to offer such treatments
throughout the church in the Inter-American Division territory.

Established
in 1954 and one of 13 Adventist hospitals in Inter-America, Bella Vista
Hospital continues to provide specialized medical services in Puerto Rico. The
hospital facility has 157 beds and a medical staff of 200 members.