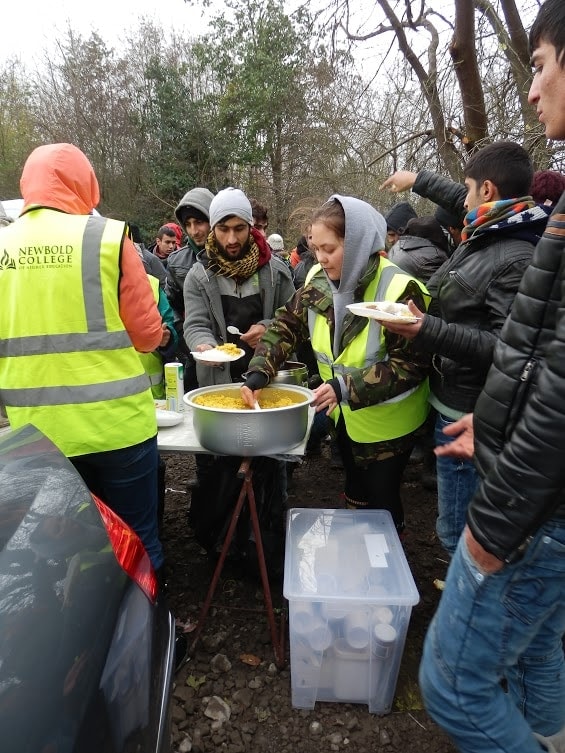 A group of 10 people traveled by minibus from the Newbold College of Higher Education for a “harrowing, appalling, and humbling” visit to a migrant camp in Dunkirk, France, as Seventh-day Adventist volunteers expanded efforts to make a difference in Europe’s migrant crisis.

Seven students and three faculty members made the two-hour trip across the English Channel to distribute food, sleeping bags, clothing, towels, blankets, toiletries, and other donated goods to some of the 2,000 migrants living at the camp.

Newbold, an Adventist-owned college based in Bracknell, England, coordinated the trip with the French branch of the Adventist Development and Relief Agency.

Sharon Louise, a Newbold student chaplain and a student volunteer on the trip, said she “practically begged to go” from the moment she heard that the college was looking to work with ADRA in assisting migrants.

“Something about the thought of all those people walking for days, weeks, or even months to find safety had been haunting me,” Louise said.

She described the reality of the camp as worse than anything that she could put into words, and she ended up spending the bulk of her visit communicating through photographs.

“But once we sat — silent — back in the minibus for the long journey home, I asked each person to give a single word in summation,” she said. “This is all we could manage: harrowing, appalling, inhumane, filthy, devastating, sobering, unacceptable, diverse, dire, humbling, incarnational.”

The Dunkirk camp was established with just 60 migrants, but the number has swelled to about 2,000 this winter as hundreds of thousands of people stream into Europe from war-torn countries such as Syria, Iraq, and Afghanistan. Adventist members across Europe have been assisting migrants with food, clothing, and shelter as European leaders struggle to respond to the continent’s largest inflow of migrants since World War II.

Alastair Agbaje, Newbold’s chaplain and the organizer of the Dunkirk trip, said he met with a young family from Iraq who had arrived at the camp two weeks earlier.

“Their tent was erected in a pool of mud and water, and they had a 2-year-old son whose hands were freezing,” he said. “Yet the family was so welcoming and remained hopeful, despite their dire situation. This scenario, and the situations at the many, many other tents that we visited, broke my heart.”

Agbaje, who serves as community services director for the Adventist Church’s Trans-European Division, said national boundaries are no barrier to compassion.

“Our purpose was to reach out in a practical way to a group of people who are in desperate need of food, clothes, and other aid,” he said. “The camp is almost literally on our doorstep … and this was a big motivation in terms of our decision to help out.”

He said he was encouraged by the number of donations received from well-wishers.

“When my next-door neighbor heard I would be traveling to the camp, he donated £200 [$300] of goods, including sleeping bags, waterproof clothing, and fruit, and has pledged further support for our next planned trip,” he said. “This highlighted to me that the community wants to get involved.”

To contribute financially to the migrant crisis, visit the website of ADRA International or the Emergency Fund webpage of ADRA’s British branch. To donate goods or get involved with Newbold's next trip to the camp in 2016, contact Pastor Agbaje at [email protected]. 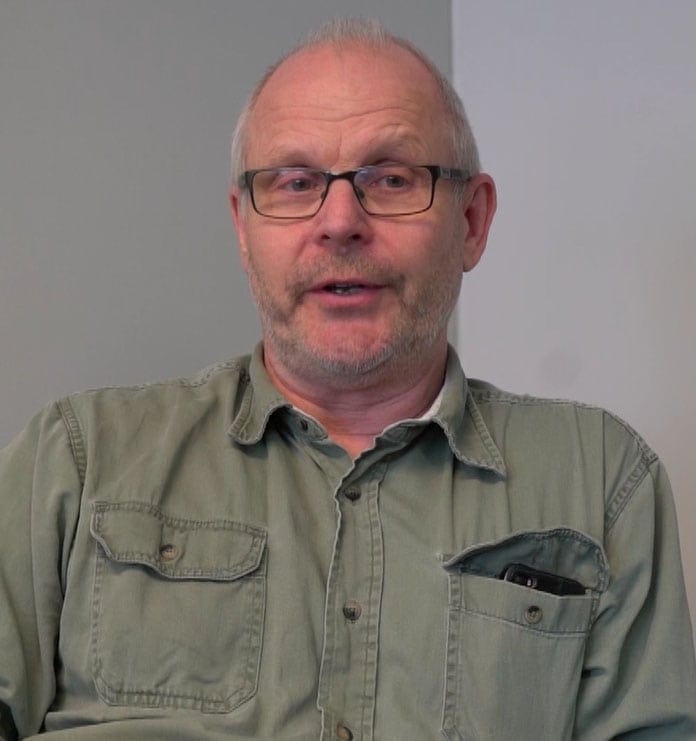