Native Chief Opens Up to God After Watching Adventist TV 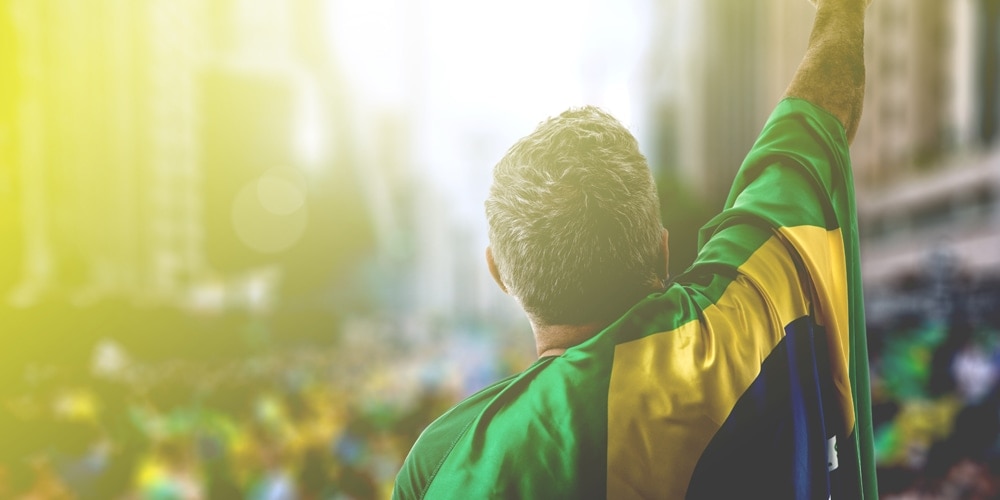 A native chief in the northern Brazilian State of Roraima opened up to God and the message of the Seventh-day Adventist Church after watching Adventist TV. Manuel Guariba, the leader of the Júlia band living in the village of Normandia, close to the Guyana border, felt so impressed by what he watched that he not only decided to keep studying the Bible but also to allow for the construction of the first Adventist church in the area.

“When I began to follow the programs of Pastors Ivan Saraiva and Luís Gonçalves, my notions about God changed,” said Guariba, who since then has stepped down from his position as tribal chief. “And I knew I had to share that message with my tribe.”

It all began when Guariba went through some major health issues that forced him to stay in the state capital city of Boa Vista for some time. As he was trying to recover, one day he was changing television channels when he came across Novo Tempo, the Adventist-operated TV network in Brazil. What he heard changed his life. By the time he was allowed to return to his people, he felt he had to share with others what he had learned.

Little by little, Guariba’s knowledge and respect for the Word of God increased. One day, he decided they needed a church building, and contacted the Adventist leaders to ask for one. The new church, which was dedicated earlier this month, is the first in an area traditionally difficult for the gospel message.

“Our greater challenge is to make tribal chiefs understand that the Bible’s message has the power to change the lives of their people for the better,” said Wiglife Saraiva, leader of the Adventist Church in the Brazilian States of Amazonas and Roraima.

Saraiva explained how the greatest hurdle to the Adventist message spreading in the area has been getting the green light from the local tribal chiefs. “For us to contact them, tribal chiefs must authorize every interaction with the tribes they lead,” he said. The Adventist leader shared, however, that the church has witnessed God’s wonderful hand at work. “The Lord has wonderful ways of opening doors and hearts for His message to expand into new areas,” he said. “The day of the church dedication, more natives gave their lives to the Lord and were baptized.”

Town Councilor Alessandro Leipnitz said that the presence of the Adventist Church is transforming a town where social problems were commonplace. “The truth is that the reality in these remote communities is sad,” explained Leipnitz. “Alcoholism, child molestation, and incest rates are very high.”

Leipnitz, however, explained that the Bible message is changing the people’s way of thinking. “You can tell they are thinking differently because behaviors are changing,” he said.

The day of the church dedication, a group of tribe members and church leaders met to celebrate the occasion. The simple but comfortable white building brought broad smiles to both the town residents and guests, as they dedicated the first Adventist church building in the area.

The role of Novo Tempo TV cannot be overstated, said Gilmar Zahn, who coordinates the work of the Adventist Church in northwest Brazil and spoke at the church dedication. “There are places where regular missionary work is not allowed,” said Zahn. “But Novo Tempo can reach those places to open up ways and prepare people’s hearts. The new local church will certainly affirm this native community in the truth of the Bible and the walk of faith,” he said.