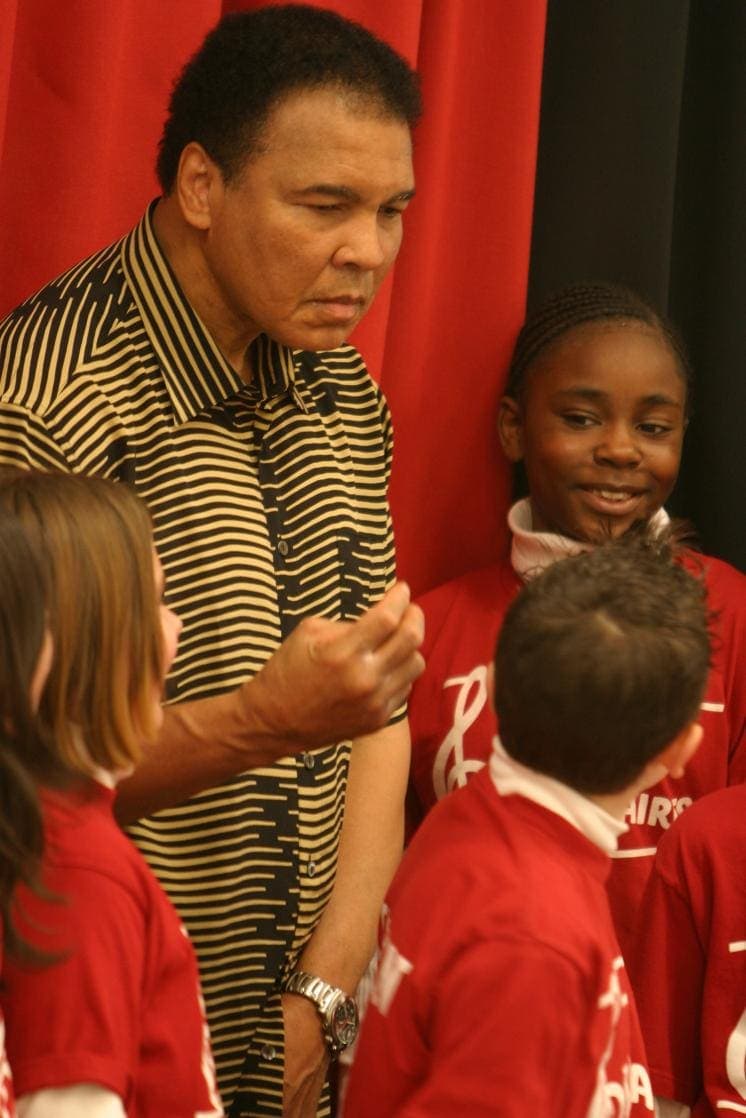 With Seventh-day Adventist relatives and a home near Andrews University, boxing legend Muhammad Ali enjoyed a warm relationship with Adventist believers for much of his life, according to people who knew him.

Ali, who will be laid to rest Friday after dying at age 74, never embraced the Adventist faith, but his life was based on one of its key principles: stand firmly for what you believe, said Edith Clay Fraser, a first cousin of Ali and a member of the Adventist Church.

“It may not be that he believed what we believe, but he represented that it is important to stand up for what you believe — and he did,” Fraser, a retired social work professor from Oakwood University, told the Adventist Review. “That is the way that we were raised in an Adventist family. We were taught that same principle.”

Ali, one of the biggest and most celebrated sports figures of the 20th century, made headlines not only for his boxing feats but also for his refusal to fight in the Vietnam War, a decision that cost him financially and prevented him from competing during some of the best years of his life.

Ali died of septic shock on June 3. He had suffered Parkinson’s disease for several decades.

“People often say he was raised Adventist,” Fraser said. “He was not. He was aware of our church in Louisville, Kentucky, but he was not a member of the Adventist Church. But I do think that spirituality and having strong spiritual beliefs were important to him.”

Fraser’s own parents became Seventh-day Adventists in the mid-1950s, and five of their six children are active church members today. Several other close relatives of Ali are also Adventists, Fraser said.

Ali didn’t show much interest in spirituality until he converted to Islam, Fraser said. Ali, who was born Cassius Marcellus Clay Jr., changed his name after his conversion in the early 1960s.

After a spectacular boxing career that included being crowned world heavyweight champion three times, Ali settled down on an 80-acre (32-hectare) farm located just 1.5 miles (2.5 kilometers) from the Adventist Church’s flagship school, Andrews University, in Berrien Springs, Michigan. Over the next three decades, he was a familiar sight on campus, eating lunch in the cafeteria, attending the university gymnastic team’s home shows, and visiting the Pioneer Memorial Church at least once, said Becky St. Clair, spokeswoman for Andrews University.

“He was just a regular community member who passed people on the sidewalk and popped onto campus for various things,” St. Clair said. “He was happy to stop on campus sidewalks and chat.”

One of his sons attended the Crayon Box, an on-campus childcare facility.

Alisa Williams, who grew up in Berrien Springs, said that local children “were simply in awe of him.”

“It wasn’t just because he was a celebrity,” she wrote in an online tribute this week. “It was because this gentle giant of a man encapsulated all it means to be a great neighbor. And I hope he felt the same about us.”

Visits by Kids and Seminary Students

Children frequently rode their bikes out to Ali’s home to watch him train.

“He encouraged them to visit and would talk and joke with them and tell them stories while he worked in the boxing ring set up in his barn,” St. Clair said.

An ailing Ali moved from Berrien Springs to his final home in Scottsdale, Arizona, in 2006.

Fraser said she would long remember her cousin as a larger-than-life figure who was also very down-to-earth.

“He was a production,” she said. “People sometimes wonder if he was the same way with his family as he was in public. The answer is yes.”

She recalled Ali teasing her over her surname, Fraser, saying it sounded awfully similar to the name of one of his biggest boxing rivals, Joe Frazier.

“Very playful, laughing, talking,” she said about Ali. “He would say, ‘Cousin, you’re so pretty.’ He had a big thing about being complementary.”

But most important, she said, Ali was a person of integrity.

“He had a commitment to what he believed,” she said.

It’s a lesson that she believes every Adventist should heed.