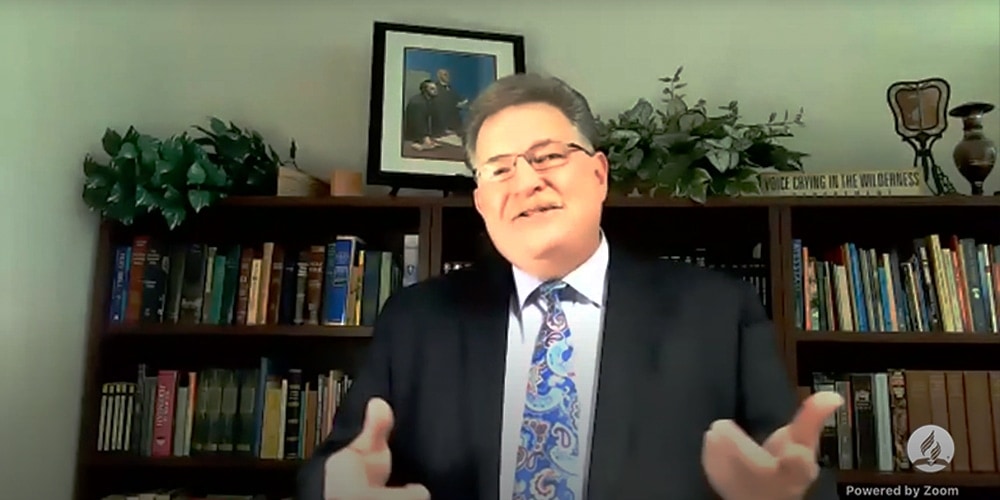 A new WhatsApp channel will allow millions of Seventh-day Adventist church members and others to read Adventist World magazine and related content in their mother tongue. The new resource that will serve Kiswahili speakers in East and Central Africa and in the African diaspora was launched during the fifth day of business meetings of the Adventist Church Executive Committee on October 12, 2020.

Church leaders emphasized that the new development highlights the traditional importance the magazine has enjoyed as an evangelistic tool across Africa, and opens a world of possibilities, as it will reach millions of Kiswahili speakers with the Adventist message.

“Adventist World has been a tool of evangelism in our region,” Blasious Ruguri, president of the church’s East-Central Africa Division, said. “Our people have cherished it.” Adding a Kiswahili digital option to the print English edition can reinforce this evangelistic use even more, church leaders said.

“We spent the next five years working as hard as we could, finding printers and delivery systems throughout East Africa,” Knott shared. “Local restrictions and concerns for the safety of those who were going to distribute it made us close that early initiative down. But we didn’t give up on the Adventist World Kiswahili edition,” he said.

Knott explained that since 2014, that item has been on every agenda for Adventist World board meetings as its constant reminder of its priority. “Kiswahili-speaking and -reading Adventists account for more than 2.3 million members of the church, about 11 percent of the world total,” he reminded Executive Committee members.

The COVID-19 pandemic forced Adventist Review Ministries and others to reimagine how to go about mission. “We had to move some printers when others temporarily closed,” Knott shared. “We moved some editions from print to digital distribution. But it made us all think about new ways of delivering on our promise of a Kiswahili Adventist World edition.”

It is a promise, Knott said, that now has become real thanks to the new WhatsApp channel.

Knott added: There’s an old adage in English that says, “When life give you lemons, make lemonade.”  At Adventist World, we’ve got a new take on that: “Forget lemonade. Make change.”

How the App Works

The new application is based on the popular social media app WhatsApp, a freeware, cross-platform messaging application that allows users to send text messages and voice messages, make voice and video calls, and share images, documents, and other media. It has become a tool of choice, acknowledged Adventist Church vice-president Tom Lemon, who introduced the October 12 presentation segment at Annual Council. “Now we have found a way of using it also evangelistically,” Lemon said.

During the presentation, Knott invited Executive Committee members to access the new Kiswahili edition by registering the WhatsApp number 1 240 540 3000, or the associated QR code (see the end of this article). “While I’m talking, take the opportunity of getting access to this brand-new development,” he invited.

Once registered, the user gets access to a Kiswahili translation of the Adventist World magazine articles and news published every month, church leaders explained.  The Kiswahili edition is unique in reserving fully 25 percent of its content from authors and leaders in the East-Central Africa Division.

Knott said that news about the WhatsApp channel delivering Adventist World will go to 100,000 “influencers,” who are then urged to share the magazine with their contacts. “We’ve moved from a paper, print, and logistics approach for this special edition to a human-to-human smartphone delivery that will spread virally to Adventists and those who are not yet Adventists,” he said.

During the presentation, Ruguri sent the first message through WhatsApp live to launch the sending process. According to Ruguri, Adventists across the division will be happy to share the new communication tool and introduce the magazine to hundreds of thousands of friends.

Church leaders emphasized the potential of this new resource for mission. Across many places in Africa, Kiswahili is becoming a lingua franca, as increasing numbers of people communicate in that language, especially for business, church leaders shared. “It is a magnificent language that is used in a number of countries,” Adventist Church president Ted N. C. Wilson emphasized, noting that least one Adventist Church vice-president, one division president, and other leaders speak the language. “[This app] is a wonderful opportunity to give Kiswahili a huge push for presenting the worldwide work of Seventh-day Adventists,” he said. 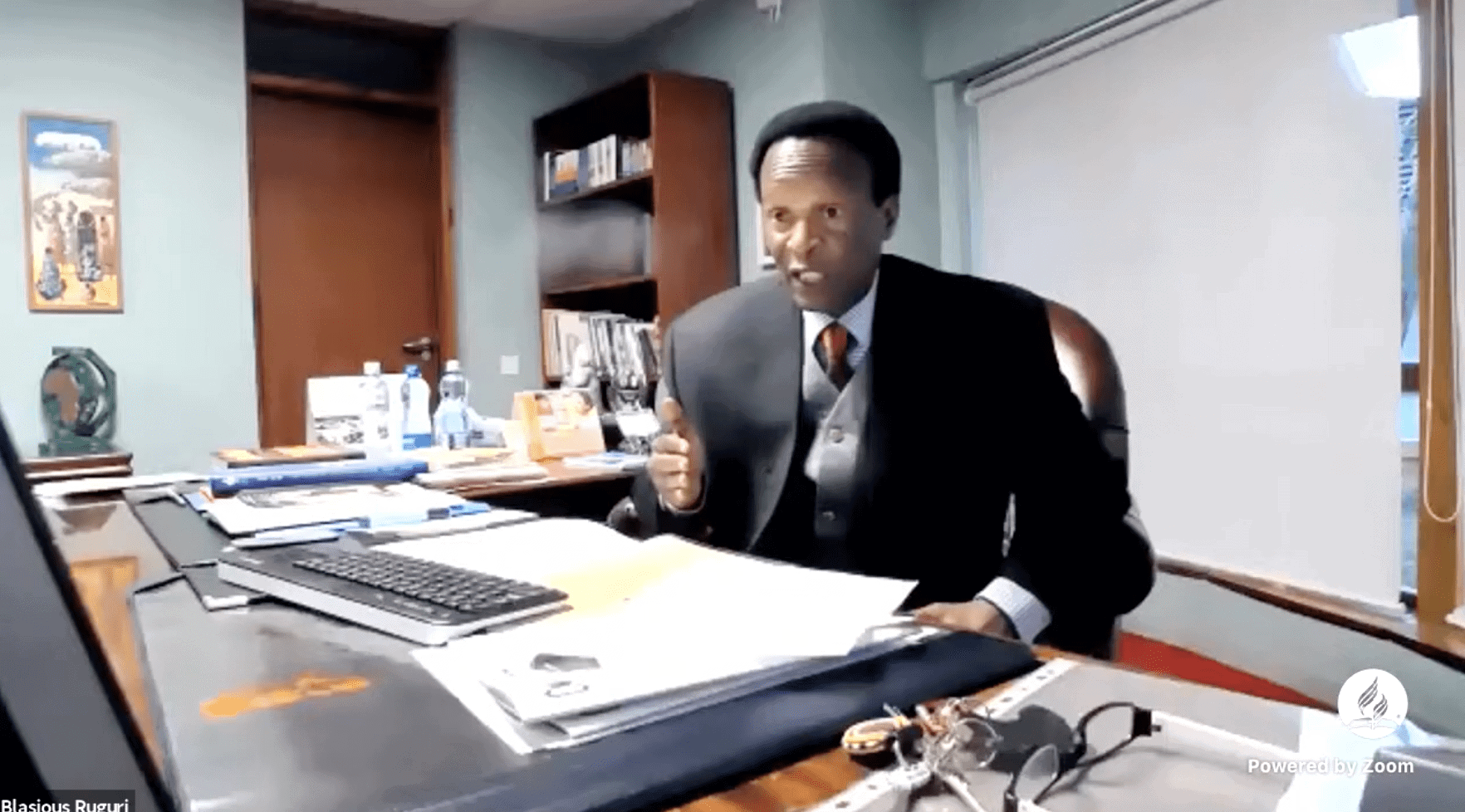 For Ruguri, the developments of the past few months were providential. “When the COVID-19 challenges started, and we were wondering how to distribute the Adventist World [printed] magazine [in English], I feel that God provided an answer to the world field at the right time.”

Ruguri said he has high hopes for the future of the project, as he has confidence that Adventist World will “continue to be an evangelistic tool, a unifying factor,” because readers get to a global view of the Adventist Church. “Especially in those places where people think the Adventist Church is a small church, when people open the magazine, they come to discover that it is a global church,” he said.

According to Knott, the new Kiswahili WhatsApp channel is just the first of more developments being planned. “This platform is robust; it’s capable of handling more than one language, and we look forward to adding other languages in the very near future,” he acknowledged. “We are exploring adding language editions for Papua New Guinea, for Southern Asia, and adding Mandarin, Japanese, and Korean in Northern Asia. We’re also looking at smaller language groups in Eastern Europe and Northern Europe.”

For the moment, however, the plan of church leaders is to keep spreading the word about the Kiswahili app so that many others, both church members and non-members, can benefit from this new resource. “It is an exciting event, the opportunity to reach many millions of people through the wonderful sharing of our church members that, when they get information, they like to share,” Wilson said.

For Adventist Church field secretary Claude Richli, who was serving as marketing director of Adventist Review Ministries when this projected started, the Kiswahili WhatsApp channel launch is a milestone and a dream come true. 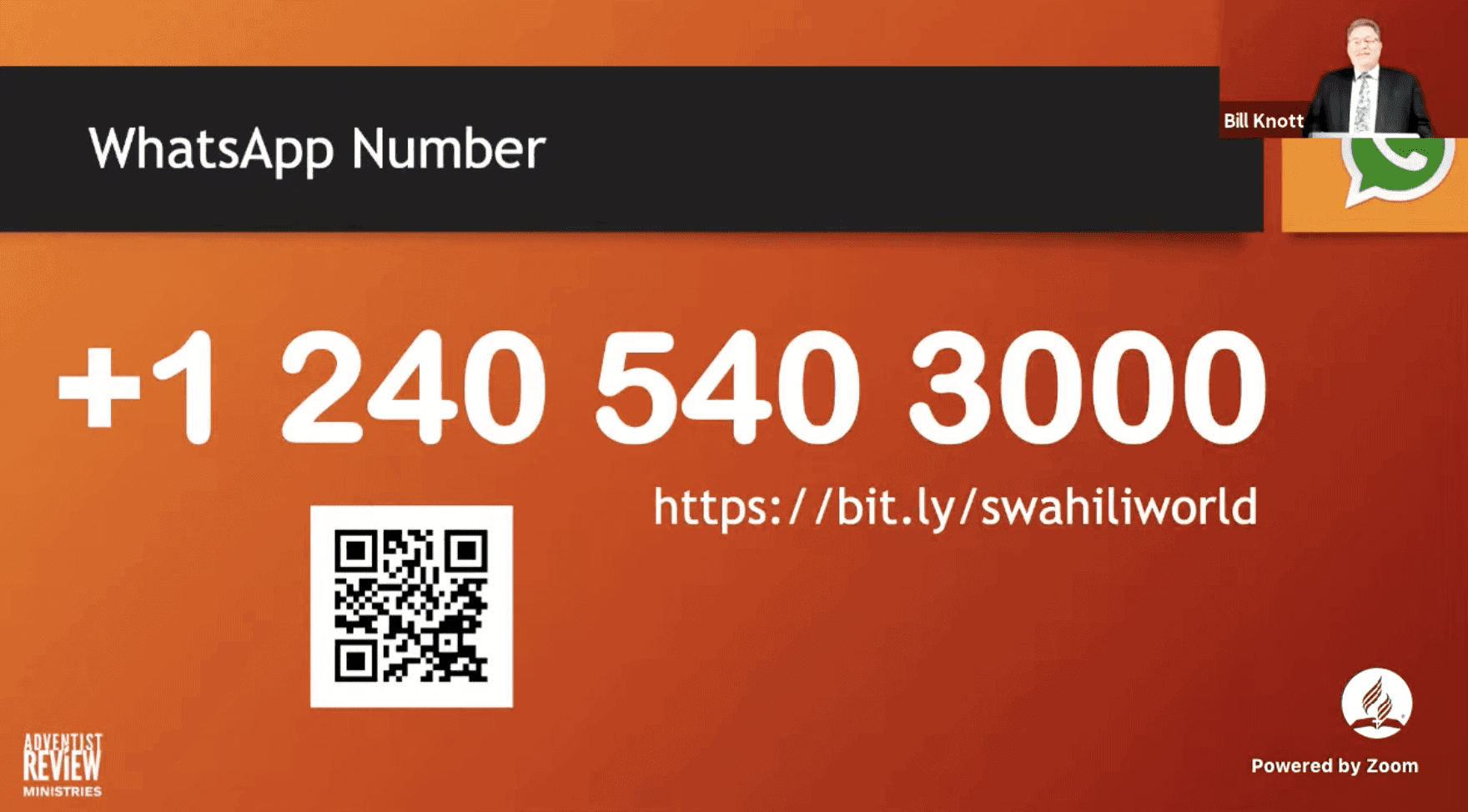 “This day marks a very significant achievement, both in terms of organizational logistics, as in terms of what it will mean for the edification of the church,” Richli said. “Congratulations to the whole team for its perseverance in bringing this project to fruition.”

Letters
Inbox
A Path to Trusting God | The Junk Collector | Turning the World Right Side Up | From a Longtime Reader | Wrestling With Prayer
News
An Exhibit Hall that Inspired, Equipped Attendees for Mission
North American Division Adventist Ministries Convention had something for everyone.