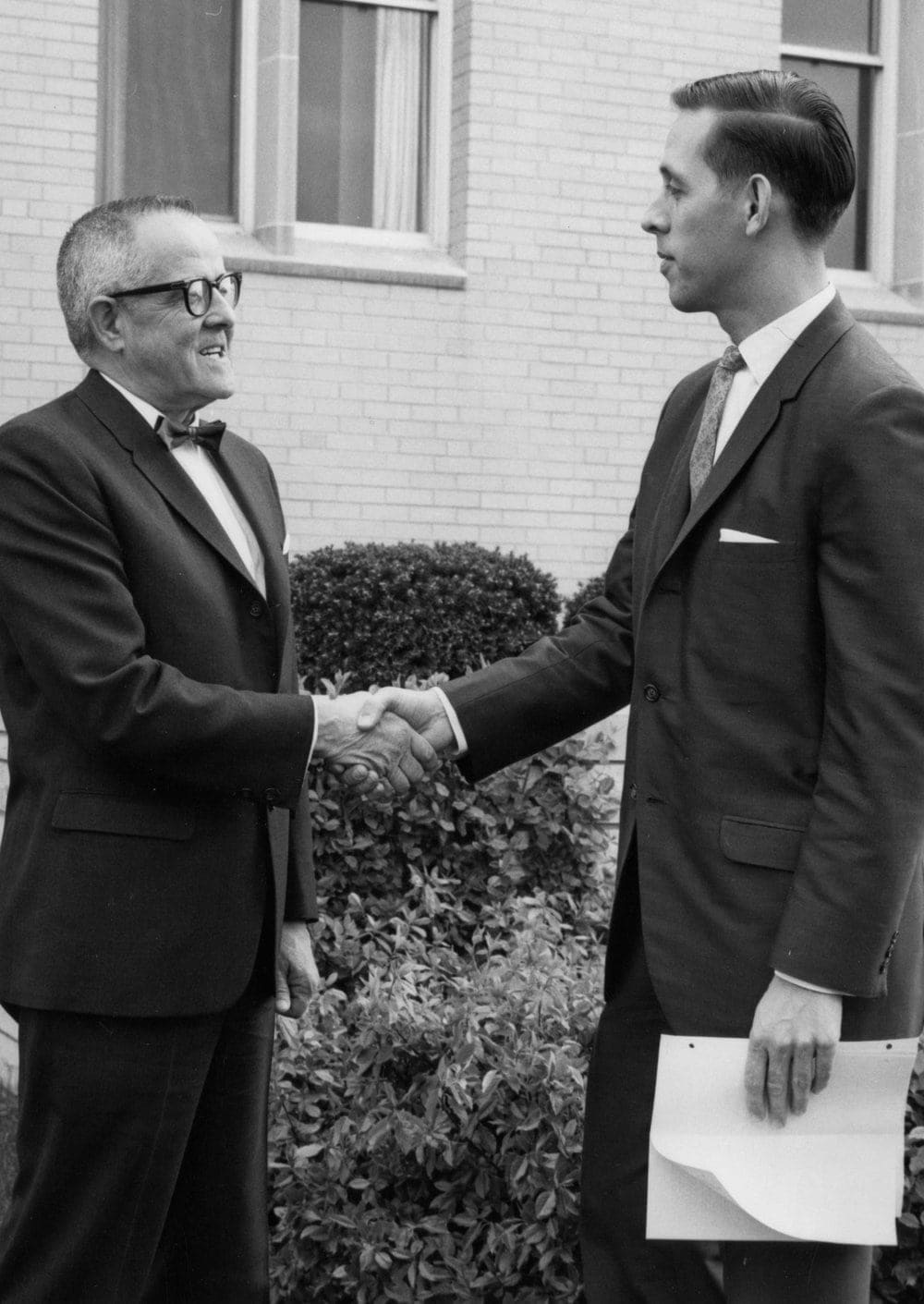 Lee Boothby, one of the first Adventist lawyers and a trailblazer in defending Sabbath rights, has died at the age of 81.

Boothby died on the morning of November 4 in an assisted living facility near his family home in Berrien Springs, Michigan, family and friends said Thursday.

He moved to Michigan after suffering a massive stroke on Sept. 1, 2013, in Washington, where he worked most of his career and maintained a law office until his illness.

Boothby championed the workplace rights of Adventists and other believers in the 1960s and ’70s, fleshing out the legal definition of religious accommodation in the workplace. The issue took the forefront after U.S. Congress passed the Civil Rights Act of 1964, a landmark legislation that outlawed discrimination based on race, color, religion, sex, or national origin.

“On the national level, if there was anyone who developed the concept of religious accommodation in the workplace, it was Lee Boothby,” said a close friend, Robert Nixon, who began working with Boothby as a young lawyer in 1974 and argued with him before the U.S. Supreme Court.

“He was relentless on just what employers must do,” said Nixon, who retired as the General Conference's general counsel in 2005.

“Lee’s contribution to the church and to litigation was early, at a time when the Adventist Church did not have a lot of lawyers in house and was still putting together its religious liberty team,” said Todd McFarland, who oversees religious liberty cases as associate general counsel at the General Conference. “He was a leader.”

He added: “The church and people of all faiths owe a debt to Lee Boothby for his contribution to religious liberty over the decades.”

Boothby was as a major proponent of the U.S. First Amendment, which establishes a wall of separation between church and state. No believer was off-limits, and in addition to many Adventists his clients included Christian Scientists, Scientologists, and Hare Krishnas.

In the 1990s, Boothby took his fight to the former Soviet bloc, visiting many countries of Eastern Europe to promote the concept of religious liberty under their new constitutions.

Orva Lee Boothby was born on March 17, 1933, in Bakersfield, California. He was named after a beloved pastor, Orva Lee Ice, but he chose to drop “Orva” when he enrolled in law school at Wayne State University in Detroit.

For a time he lived in the shadow of his father, Robert Loren Boothby, a renowned Adventist evangelist who baptized hundreds of people.

“When I was a younger person, it seemed like every person I met was baptized by my grandfather,” said Boothby’s elder daughter, Robin Rene Allen.

But Boothby, who attended Andrews University, had a drive and a determination that caught people’s attention soon after he finished law school in 1957, friends said. Before the Civil Rights Act was passed in 1964, he had already made a name for himself as a leading litigator in cases involving individual rights of conscience and religious opposition to membership in labor unions.

“Lee was the first and for a long time the only and the most influential church-state litigator the Adventist Church has ever produced,” said long-time friend Mitchell Tyner, who retired as associate general counsel of the General Conference in 2006.

“He was a bulldog at it,” Tyner said. “For many of us who came along decades later, he was the image by which we measured our contributions.”

He said Boothby was one of the first lawyers to emerge from the Adventist Church.

He worried that U.S. politicians were pulling bricks out of the church-state wall to create a new religion of compromise that offended no one.

"What you are tending to see is a new secular state religion," Boothby told Time Magazine in a 2001 cover story on church-state relations. "It's not really religion."

Boothby wasn’t about to let that happen, and he pursued cases in many top courts, including the U.S. Supreme Court, the U.S. Court of Appeals, the Third, Fifth, Sixth, Seventh, Eighth, Ninth, Tenth, Eleventh and Federal Circuits, and Tax Court, among others.

Tyner described Boothby as “a Lone Ranger type and good at it.”

“It was impossible for him to retire,” he sad. “He kept going until he almost fell apart on the job.”

His daughter, Robin Allen, said her father preferred to vacation in warm places like Hawaii or Jamaica, where they snorkeled together and munched on fresh pineapple, allowing the sticky juice to drip down their faces. But his work always took priority.

“My dad was an extreme workaholic, and sometimes our vacation would get cut short,” Allen said. “I remember him looking around everywhere for a phone to make a call.”

Even after the stroke, Boothby remained concerned about his clients. They visited him in the hospital in Washington, where he stayed for several months before moving to Michigan.

“He wasn’t just their attorney, he also was their friend,” Allen said.

She said her father had a very personal relationship with God and he never pushed his beliefs on others.

“I believe this was due to his strong conviction that religion is a personal decision, and each individual should be allowed to choose to worship as they wish,” she said.

Boothby is survived by his wife of 61 years, Carole, and two married daughters, Robin Rene Allen and Denise Dian Sorrono. He also has three grandchildren and two great-grandchildren. A memorial service will be held in the Village Seventh-day Adventist Church in Berrien Springs, Michigan, on Monday, November 10.

Boothby spent his last months surrounded by family and reflecting on his life. Allen said they counted 36 countries that he had visited. He also longed to write a memoir about his work with religious liberty.

“Until the very end he was thinking about that,” Allen said. “I wish he had had the time to write it. I guess that is one of the things we are going to hear about in heaven.”

Liberty, July/August 2003: "How Religious Was My Tax Exemption"

Liberty, March/April 2002: "Lead Us Not Into Temptation"