From Clay to a Masterpiece 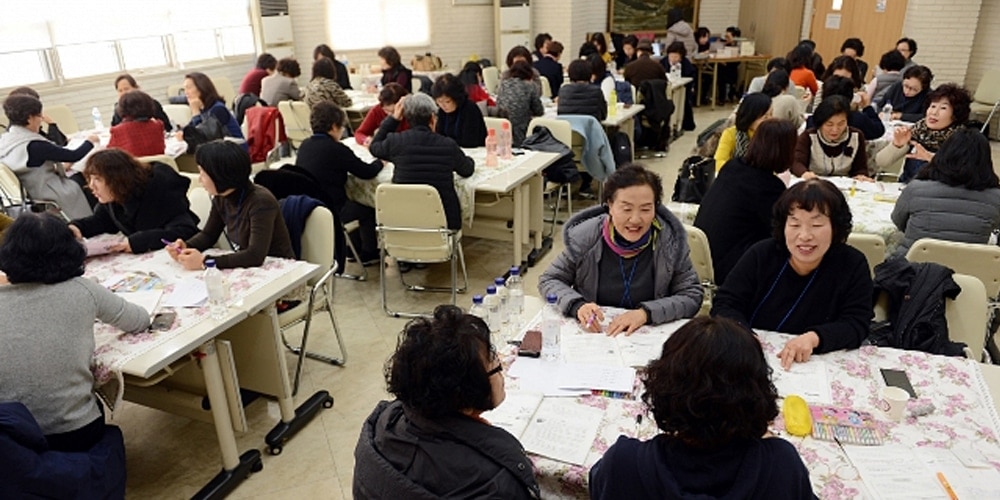 The women’s ministries department of the Korean Union Conference (KUC) held a workshop for instructors of the “School of Valuable Life” at the KUC headquarters auditorium in late February 2019.

The program was set up in 2017 to nurture middle-aged female leaders and to enable them to support local church ministries through small-group activities and personal ministries.

In 2019, around 60 people gathered from all over Korea to attend the instructors’ workshop, entitled “The Rules of Relationship.”

“As God has created us and redeems us, He is also the one who can transform us from clay to a masterpiece,” said KUC women’s ministries director Jae Soon Ahn during her welcoming remarks.

A series of classes allowed participants to look at themselves and to learn several rules of relationships. In the “Having a Positive Self-image” class, participants first began with an icebreaker. Then they had the time to reflect on how valuable they are in the eyes of God.

In a second class, entitled “Overcoming Criticism,” participants learned not only how to deal with criticism but, more important, how not to criticize others. The class called “Rules of Forgiveness” focused on God’s way of forgiveness and His power of healing and recovering people. Finally, in the class “Rules of Conversation,” participants were trained in Christian ways to make conversations, which will lead them to healthy relationships with other people.

Although participants were “students” at the workshop, at the same time that they were training to be “instructors” of the School of Valuable Life in their local churches. They not only participated in the classes enthusiastically but also tried to learn how instructors manage and lead classes. After each class, they provided feedback and discussed what they need to be aware of when they hold a class in a local church.

On the last day of the workshop, participants divided into groups and had an opportunity to lead a class and teach their group members.

“The main goal of this workshop is that each participant finds a way to develop healthy relationships with God and other people,” Ahn said. She pointed out that most of the problems at home, in church, and the community originate from relationships.

Many participants gave positive feedback. “This workshop taught me the way to come to Jesus,” a participant said. “I want to live a valuable life without any interruptions from a negative self-image, criticism, or unhealthy relationships.”