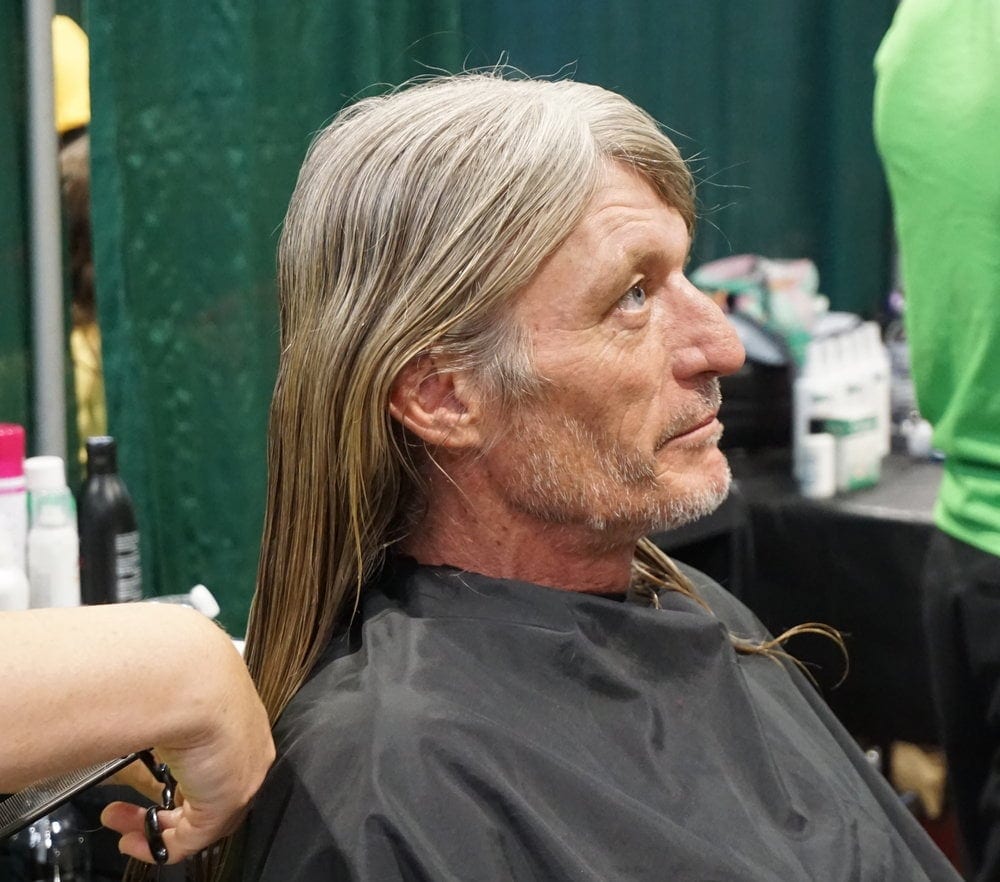 Anthony Fry, a 48-year-old homeless man, appreciated the blood tests and health assessments that he received at a Seventh-day Adventist-sponsored mega-clinic offering $8 million in free services this week in Spokane, Washington.

But the most outwardly noticeable benefit that he gained from the Your Best Pathway to Health event was a new suit and a haircut.

The dramatic transition, which unfolded snip by snip at the clinic’s hairstyling department, captivated onlookers.

Fry, scruffy-bearded and good-natured, didn’t want to cut off much at first. But he then decided that something drastic needed to happen to his chest-length, salt-and-pepper locks, held down by a well-worn leather hat, if he was going to get a job.

The haircutting process was like giving three full haircuts, said Page Colson, a 17-year veteran hairdresser from Tennessee who heads the hairstyling department.

But Fry was pleased with the result.

“It’s a beautiful service being provided here,” the close-clipped Fry said from the barber's chair.

Fry, a former volunteer firefighter and camp host from Wenatchee, a town about 170 miles (275 kilometers) west of Spokane, is among many people at the two-day free clinic who have told spoken about being at a crossroads in their lives.

Fry, who said he was left homeless 10 weeks ago after a series of unfortunate events, learned about the clinic through one of the tens of thousands of pamphlets distributed by volunteers and the city of Spokane.

He became a support of the clinic before he attended. When he saw that many fellow homeless people in Spokane could not read the pamphlets, he grabbed a stack of them and went around explaining that more than 1,600 doctors, nurses, dentists, barbers and other volunteers were providing free services in the vast expo center at the Spokane County Fairgrounds on Aug. 3 and 4.

After the haircut, lifestyle counseling volunteer Dorothy Nelson of Loma Linda, California, and her daughter Janet Penner of Auburn, Washington, took Fry under their wing and ushered him through various Pathway stations, including a clothing trailer where he obtained a new suit and a heartfelt prayer from its director, Sam Knnabliam.

Fry looked like a new person after the makeover.

The stunning outward transformation that Fry experienced, Nelson said, serves as precursor to another transformation in progress: Fry has decided to study the Bible and wants to be baptized. She said the reassuring truth is that "man looks at the outward appearance, but the Lord looks at the heart" (1 Samuel 16:7), and in his heart, Fry wants to follow Jesus.

Pondering how he was going to drive home with two windows knocked out of his car, the unemployed Fry said he could earn $50 through five sessions of selling his blood plasma to help pay for the repairs.

“But maybe the good Lord has something better for me,” he said.

On Tuesday, he was eager to find more illiterate homeless people with whom he could share the news about the free clinic.

“It feels nice to receive, but it’s even better to give,” he said.

Tom Ish is editor of the magazine Creation Illustrated. 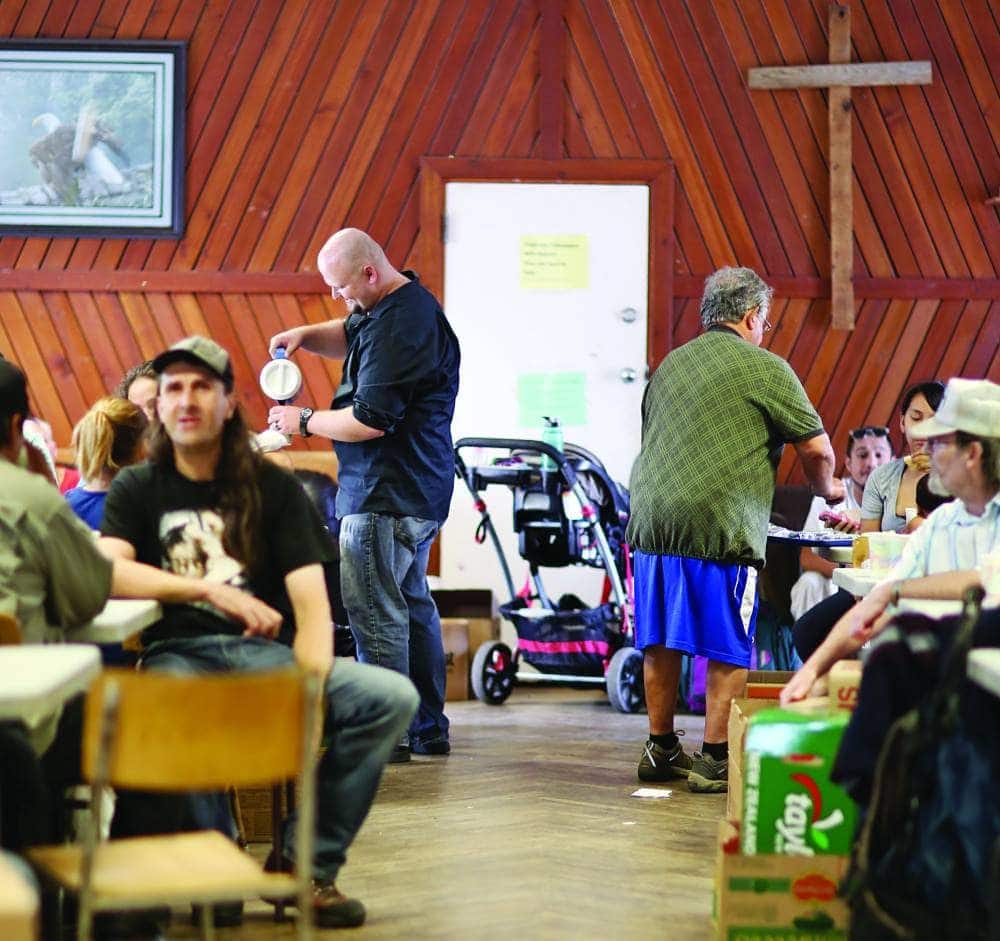