Nearly all Seventh-day Adventist world division presidents attended ASI’s annual convention for the first time as church leadership stepped up efforts to encourage every church member to actively share the gospel as part of its Total Member Involvement program.

Twelve of the 13 division presidents and Rick McEdward, president of the Adventist Church in the Middle East and North Africa, flew to the U.S. state of Arizona to participate in the annual gathering of lay people: business owners, individual professionals, and supporting ministries.

Adventist Church president Ted N.C. Wilson said he invited the world church leaders to come to Phoenix from Aug. 3 to 6 to gain a better understanding of ASI and to see lay members in evangelistic action.

“They have been well-impressed and will take back a great appreciation for the variety of mission outreach activities on the part of lay people,” Wilson told the Adventist Review. “They will return with a renewed zeal for combined effort of lay people and church workers in Total Member Involvement. They will return with a united approach to finishing God’s work in their territory through the power of the Holy Spirit.”

ASI president Steve Dickman said he was thrilled that the church was prepared to work hand-in-hand with lay people to complete its mission of spreading the gospel to the world.

“Lay people are the core element of ministry that needs to be completely utilized, and the church is beginning to see that,” Dickman said in an interview. “Praise God for it. ASI and the church are now trying to bring this to light in a concerted and positive way.”

He said Adventist believers have struggled in some parts of the world in the past because lay ministry was not accepted by a pastor, an elder, or some other local church leader.

“This is going to be an encouragement to lay people who want to do something for good,” he said of the impact of the convention. “We’re demonstrating that we really do want a close partnership. We are talking about working together more effectively and bearing the burden of this work from a lay standpoint.”

Division presidents, many attending an ASI convention for the first time, met with ASI leaders and partner organizations to better understand how established supporting ministries like ASAP Ministries are working with the Adventist Church to train local believers to be missionaries to their own people in Asia, or how ASI members are funding the publication of Ellen G. White books in Arabic, Farsi, and Turkish for the church’s Middle East and North Africa Union.

The experience was eye-opening for some of them.

“It was very informative — a lot of interactions,” said Ezras Lakra, president of the Southern Asia Division, whose territory encompasses Bhutan, India, and Nepal. “I feel very good to have been here with lay members whom I would not have met otherwise.”

Lakra, a first-time ASI convention attendee, said he was already holding talks with fellow division officers about how to establish an ASI chapter in the Southern Asia Division.

Saw Samuel, president of the Philippines-based Southern Asia-Pacific Division, and also a first-time attendee, said six ASI chapters already are in operation in his division, but their work would be tweaked based on what he observed in Phoenix.

“Over there we have lay members seeking funds, but here people are coming to give,” he said. “So we have to make a little bit of an adjustment. I have learned a lot about how to make it more effective and more participative. Praise the Lord for this opportunity.”

The only division president not to attend, Israel Leito, of the Inter-American Division, missed the event because of a constituency meeting, and he was represented by a division vice president.

The other presidents participated in a televised question-and-answer session in the main convention hall on Sabbath afternoon. Afterward, Wilson gathered the leaders on stage and asked ASI administrators to lay their hands on them for a prayer of consecration.

The division presidents and McEdward also joined dozens of ASI attendees at a Total Member Involvement (TMI) seminar introduced by Wilson and the church’s TMI director, Duane McKey, on Friday afternoon. Wilson and McKey explained how the total involvement of church members in Rwanda had resulted in an unprecedented 100,777 baptisms in the African country earlier this year. Also at the seminar, young adults Heidi Carpenter and Ranela Kaligithi of the North American Division’s Fishers of Men 101 ministry discussed how TMI could be implemented in North America.

TMI echoed across the four-day event. A group of 120 people eager to share Jesus in the workplace gathered Aug. 3 and 4 on the sidelines of the convention for a first conference of young Adventist entrepreneurs called Fruition Lab.

In all, about 2,000 registered attendees attended the convention, a figure similar to last year, organizers said. It Is Written speaker and director John Bradshaw gave the Sabbath sermon, which like the rest of the event was broadcast by 3ABN television.

ASI aimed to raise $1.6 million in Sabbath offerings for 38 projects, including the construction of One-Day Churches for new members in Rwanda and the mailing of Andrews Study Bibles to U.S. inmates. But after the Sabbath sermon, ASI leaders announced to audience applause that $1.8 million had been collected.

One of the bigger contributions was a $100,000 check collected by Lisa Beardsley-Hardy, director of the General Conference’s education department.

Beardsley-Hardy, attending an ASI convention for the first time, volunteered to act as a “sweeper” during the offering call, which meant she followed the ushers down the aisle to allow people who had not managed to put their envelopes into the offering bucket the first time to still give something. An elderly woman asked Beardsley-Hardy to accompany her out of the main hall and wait at a distance as she made some calculations on a calculator. The woman, a first-time attendee, finally called Beardsley-Hardy over and put an envelope into her bucket. Beardsley-Hardy later learned that it contained the check for $100,000.

“That was my only envelope,” she said with a broad smile. 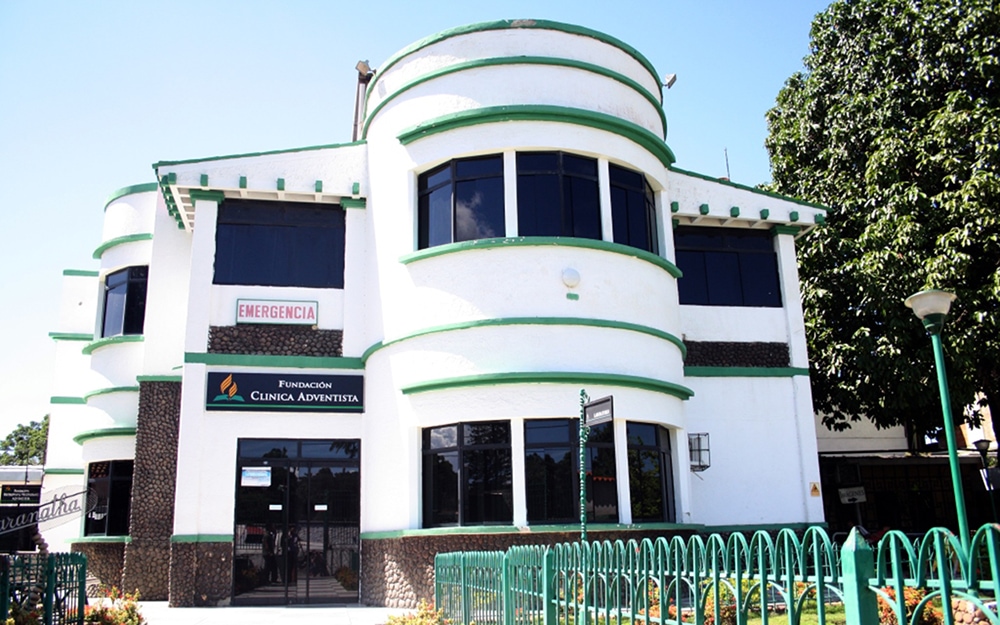