Cliff’s Edge – Bias in Science? Say it Ain’t So! 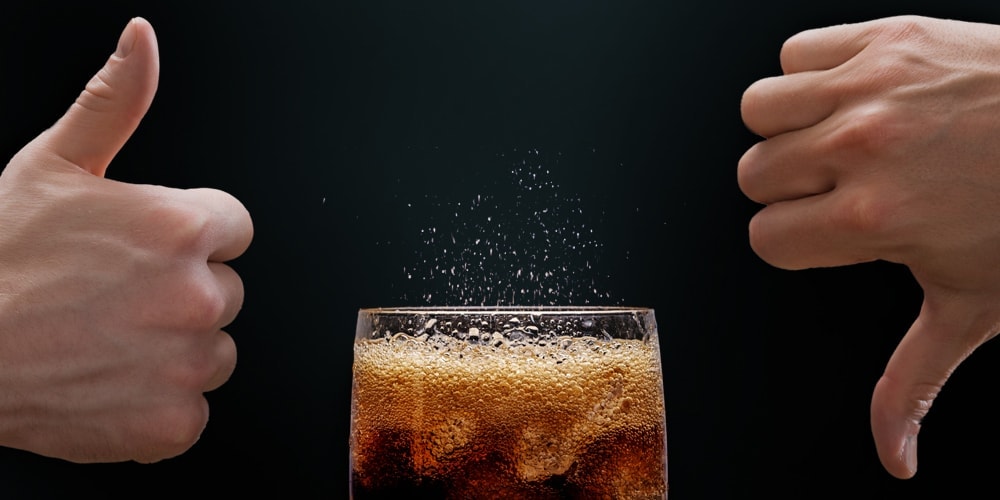 In 2016, the New York Times ran an article about research on scientific studies examining the links between sugar-sweetened beverages (SSBs) and type 2 diabetes and obesity. Conducted by the University of California, San Francisco (UCSF), the research said that 60 studies found a clear tie between the beverages and these health challenges; yet 26 other studies found no link at all.

What gives? Didn’t these scientists have the same “matters of fact” before them, in this case the “matters of fact” being such potables as Code Red Mountain Dew, Coca-Cola, Dr. Pepper, and the like? And weren’t the scientists using the powerful epistemological tools of the “scientific method?” How, then, could these biologists, chemists, MDs, nutritionists, in their state-of-the-art labs and high-tech equipment derive contrary conclusions in almost one-third of the studies?

Well, according to the UCSF report, whose lead author was Dr. DeanSchillinger, the 26 studies that found no link, say, between daily guzzling a 32-ounce Dr. Pepper Big Gulp and ill-health were “all carried out by researchers with financial ties to the beverage industry.”

But so what? We’re talking science here, right? And haven’t we been indoctrinated from kindergarten onward with the idea that science is this almost transcendent meta-view of objective reality, a search for truth unencumbered by the contingencies, foibles, and subjectivity that deflower lesser forms of knowledge? Science, humanity’s purest pursuit of truth, could never be tainted by money, humanity’s lowest form of corruption, could it? Surely UCSF’s Schillinger wasn’t insinuating that the 26 studies that found no link between sugary soft drinks and obesity could have been influenced by their financial ties to companies that sell sugary soft drinks?

Bias in science? Say it ain’t so!

“Scientific truth” should be accepted or rejected based on proof, on evidence, on data.

But it is so, and more so than John Q. Public knows. After all, it wasn’t just coincidence that those virtuosi in biology, chemistry, and physiology, who—studying the health effects of smoking—just happened to be working for big tobacco when, with all the gravitas of science, they assured us that “the evidence was just not conclusive” about the risks of smoking. And one can only guess how many published scientific papers funded by big dairy tout the amazing benefits of cow’s milk. After all, what could possibly be unhealthy about the daily consumption of a fluid that enables a calf to gain 500 pounds in 10 months?

Meanwhile, the American Heart Association has all the science money can buy to justify the “heart-healthy” recipes on its Web site. Among the gastronomical specialties designed to keep them pipes immaculately clean are: “Allspice-Rubbed Pork Tenderloin,” “Bacon Mushroom Mac and Cheese” “BBQ Pork Sliders,” and “Cajun Jambalaya,” which includes such “heart-healthy” foodstuffs as “1/2 pound of medium or large shrimp shelled and deveined.”

An old joke goes, “Tell me who paid for the scientific research, and I’ll tell you the results”; though someone whose health was destroyed by corruption in science might not find the quip so humorous.

No question, many hard-working, honest scientists will follow the truth no matter where it leads. Some probably would follow it even if it leads to having to repudiate their life’s work, or to lose institutional funding, to getting fired, and/or becoming a pariah. The problem is that we can’t always distinguish between who’s honest and who’s fudging.

Putting aside the money factor, bias in science, even the most squeaky-clean science, arises from a host of epistemological challenges that taint all pursuits of knowledge. However objective reality is in itself, the scientists who study it are contingent beings born, hard-wired, reared, and educated in a complex and ultimately mysterious labyrinth of subjectivity that none of us, including scientists, escape.

In one of the most influential texts in the twentieth century, The Structure of Scientific Revolutions, Thomas Kuhn claimed that science is not nearly as rational, objective, and progressive (as in progressing closer to truth) as many believe it to be. He argued that science works subjectively, contingently, and even at times irrationally.

One stream of Kuhn’s thought is captured in a statement that he quotes by quantum physics pioneer, Max Plank: “[A] new scientific truth does not triumph by convincing its opponents and making them see the light, but rather because its opponents eventually die, and a new generation grows up that is familiar with it.”

If true, even partially, what does Plank’s thought say about the objectivity, much less the correctness, of scientific claims? “Scientific truth” should be accepted or rejected based on proof, on evidence, on data, but not on which generation of scientists happens to be around at the time, right?

The point here is not to dismiss science, or the undeniable efficacy of its many pursuits. Instead, it’s just to debunk one of our era’s greatest myths (What? You think that we’re the only era in human history that doesn’t believe in myths?), which is that science is the supreme arbiter of truth, and when someone declares, “But it’s science!” everyone must genuflect before it and surrender all recalcitrant views. Those who don’t, meanwhile, are derided as buffoons, Medievals, or (worst of all) creationists.

Despite the air of superiority it has wrapped itself in, science remains a human endeavor only; which means, wrote Alfred Tauber of Boston University, that “psychological projection, self-interest, and most abstractly, commitment to a particular hypothesis or theory, might contaminate the sanctity of scientific facts and their interpretation.”

And don’t forget money, too.

Which brings us back to the links between SSBs and ill-health. In response to the UCSF report, the American Beverage Association, a front for big soda, claimed that the “research we fund adheres to the highest standards of integrity for scientific inquiry based on recognized standards by prominent research institutions.”

Besides adhering to “the highest standards for scientific inquiry,” soda makers claimed bias in the other side’s science. In 2015, the City of San Francisco issued an ordinance that advertisements for sugary drinks must carry a warning that these drinks contribute to obesity, tooth decay, and diabetes. The beverage industry, in response, sued the city. To help fight the suit, the city hired “a paid expert” who just happened to be, yes, Dr. Dean Schillinger, lead author of the UCSF report. Worse, the report was released (coincidentally?) only a week before Californians were to vote on soda tax referendum, which meant (argued the SSB folks) that the report was geared to influence the political process in favor of the city’s position.

Bias in science? Afraid so.

So contrary to the big myth, when someone declares, “But it’s science!” we have good reason not to automatically believe it.

Clifford Goldstein is editor of the Adult Sabbath School Bible Study Guide. His latest book, Baptizing the Devil: Evolution and the Seduction of Christianity, will soon be released by Pacific Press.