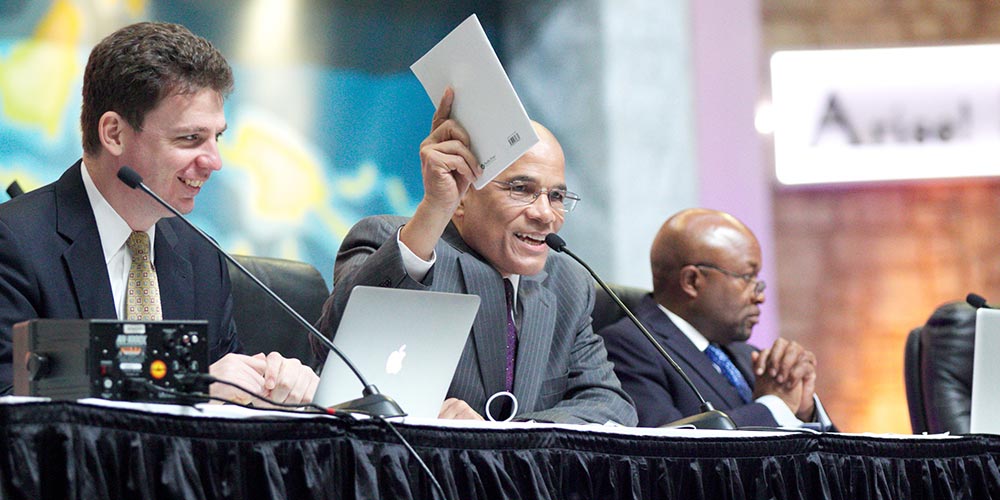 General Conference leadership has agreed to work with the Biblical Research Institute on a study that informs the world church about the biblical principles of interpretation as the Seventh-day Adventist Church sees them.

General Conference undersecretary Myron Iseminger, making the announcement on July 10, the last day of business meetings at the General Conference Session in San Antonio, Texas, also told delegates that the Biblical Research Institute “is already studying the issue and has plans to publish their findings” in an updated edition of a book on the subject.

The Biblical Research Institute, which is based at the General Conference headquarters, has published at least two books on the issue, including Understanding Scripture: An Adventist Approach, edited by George W. Reid, and Interpreting Scripture: Bible Questions and Answers, edited by Gerhard Pfandl.

Iseminger’s comments came in response to a request made by a delegate and a subsequent vote on July 9. The delegate had urged the church to restudy its hermeneutics in light of the vote on women’s ordination on July 8 so as to avoid similar conflicts of opinion regarding some verses from the Bible in the future.

Hermeneutics, or the study of the principles and methods of interpretation, strives to provide an underlying framework that may be applied across any and every analysis of particular verses or doctrines of Scriptures. Even though Adventist scholars have often weighed in on the topic in the past, the delegate who raised the issue thought that a renewed stance was needed after the women’s ordination vote.

It is unclear what practical effects the study might have on future church resolutions or how it may relate to Ellen G. White statements that even though “the great truths of the Word of God are so clearly stated that none need make a mistake in understanding them” (Manuscript Releases, vol. 15, p. 150), “we cannot . . . take a position that the unity of the church consists in viewing every text of Scripture in the very same shade of light” (Ibid. p. 149).