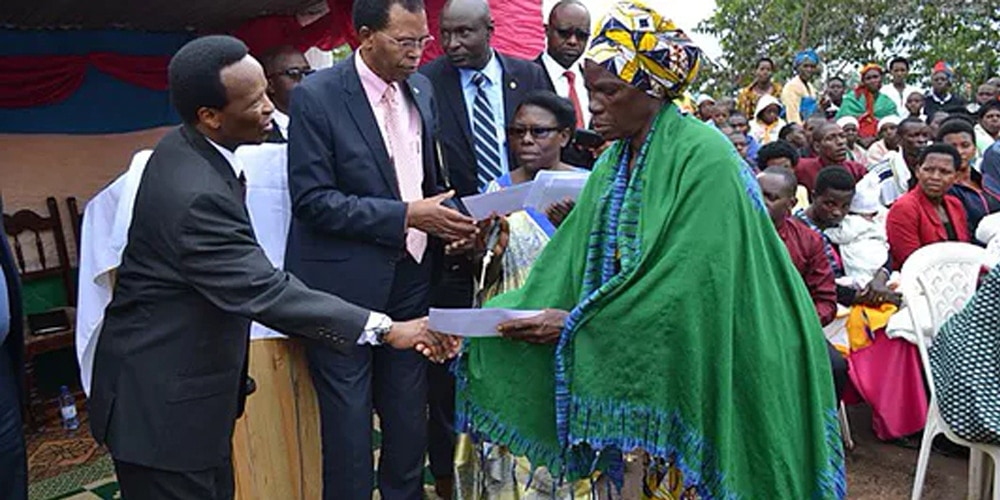 The president and the treasurer of East Central Africa Division church region brought a message of condolences to the families whose members died in a lightning strike on March 10, 2018.

The traumatic event claimed the lives of 16 people in the Nyaruguru District, in the Southern Province, as more than 200 people were worshipping in Nyarunazi Seventh-day Adventist Church in the District of Ruheru, South Rwanda Field.

Church region president Blasious Ruguri said that the purpose of their visit to these families and the church was to make them feel that they are part of a larger family of Seventh-day Adventists.

“I decided to come here personally to just be with these people, pray with them, encourage them, and comfort them, so that church members may know that we are with them. They should know that they are part of the Adventist family around the region and the world,” he said.

Ruguri brought also a message of condolences and a donation from Adventist Church president Ted N. Wilson. With this donation, the bereaved will be assisted and they will build a new church.

The affected people were impressed to see the church top leaders come to their region. Nsanzabarinda Venuste is 55 years old. He lost his wife and he was also struck by the lightning, but he survived. He says that this act brings special hope in their hearts.

“We appreciate the support from the church a lot because we were never abandoned. Neither the Government of Rwanda abandoned us.”

The vice mayor of Nyaruguru District in charge of Social Affairs commended what Adventists have done so far to support the people affected by the tragedy.

“We thank the Seventh-day Adventist Church for their culture of kindness. They supported us the day the lightning struck and until now they have not let us down,” she said.

She added that the Seventh-day Adventist Church helps the Government of Rwanda to cater for the needs of their members. “They complement each other,” said the vice mayor.

She also confessed she was impressed to see the regional or division leader of the Seventh-day Adventist Church coming physically to a remote area to touch the lives of the church members. “Not everybody can do it except a good shepherd who lays down his life for his sheep,” she said.