Biblical Justice in a World of Social Unrest 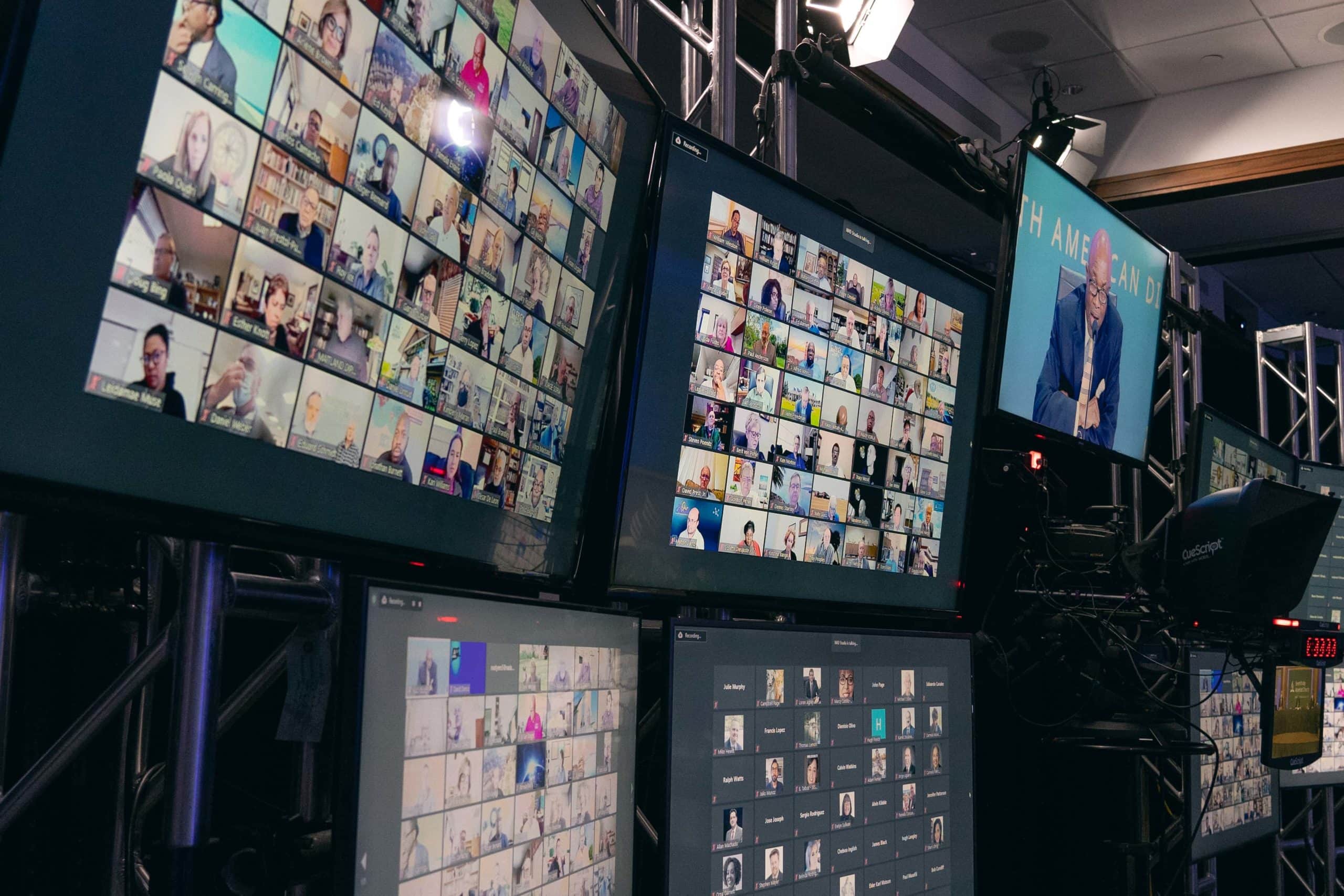 The nationwide response in the United States to the death of George Floyd, an unarmed Black man, who was killed by a white police officer in Minneapolis, Minnesota, on May 25, 2020, prompted action and stirred emotions. People of many different races, ages, and faiths took to the streets to march. Small businesses and large corporations and organizations, including the North America Division of Seventh-day Adventists (NAD), issued statements condemning racism and promoting equity and inclusion.

Many agreed that, after the dust settled from the demonstrations, continued dialogue remains key to creating lasting change to combat racism and discrimination within society.

Such was the motivation on November 2, 2020, for the leadership of NAD to dedicate a large portion of time typically spent on business meetings to unpacking what the Bible says about how Christians should respond to injustices carried out in communities and the nation and against fellow brothers and sisters in Christ.

Carolyn Forrest, NAD associate secretary and director of Human Relations, Interdivision/International Service Employee Resources, and Archives and Statistics, along with Orlan Johnson, director of NAD Public Affairs and Religious Liberty (PARL), led out the session under the title of “Biblical Justice and Biblical Ethics in a World of Social Unrest.” 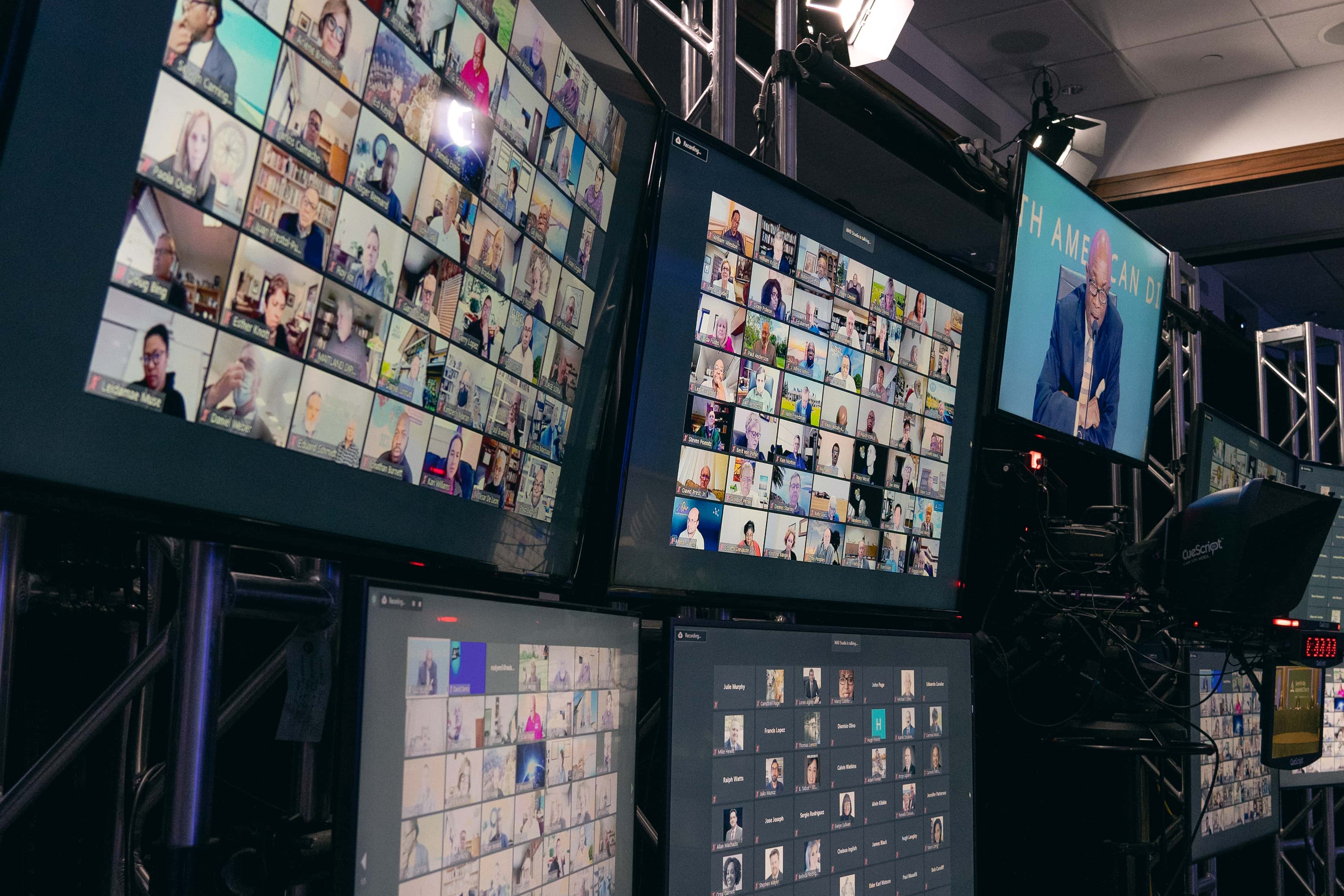 “We hope this lays the foundation for continued dialogue, as we listen to each other’s stories not from our heads but our hearts,” Forrest said. “We are one family; when one part hurts and feels pain, the whole family hurts and feels pain. We recognize for some this may not be an easy conversation. We live in a society that is constantly changing. As God’s church, we’re in the midst of it.”

Johnson acknowledged that the discomfort some may feel about the topic stems from word choice. Terms such as “social justice,” “civil rights,” and “privilege” may be triggers for some. That is why the conversation was designed to center around what the Bible says about addressing injustices outside the church’s walls.

“We want to have a real, open conversation. We may not be where we want to be, but by the grace of God, we can end up where we should be,” Johnson said. “How can we create a safe space where we as Christian brothers and sisters have a safe conversation?”

Forrest and Johnson served as moderators for a discussion among five invited Adventist panelists—Peter Bath, vice president of missions and ministry for the Kettering Health Network; Nicholas Miller, PARL director for the Lake Union Conference, and director of the International Religious Liberty Institute of the Seventh-day Adventist Theological Seminary at Andrews University; Leslie Pollard, president of Oakwood University; Ella Simmons, general vice president of the General Conference; and Jeffrey Rosario, a doctoral candidate at the University of Cambridge.

The presentations were set to prepare executive committee members for a 30-minute small-group breakout session designed to discuss whether the Adventist Church has been intentional in building a culture of trust among senior leaders, management, employers, and members, and to examine frankly how the church has responded to the vulnerable or “least of these.”

Forrest kicked off the discussion with the first question: “How should we biblically respond to racial injustice and inequality in the communities where we work and live?”

“It starts with awareness, speaking into situations that are not only in crisis but in difficulty. How we speak and respond is that we show up, not just with words, but with action,” Bath said. “Jesus was not a pacifist when it came to things that were wrong. When societal issues afflicted people, He showed up. Sometimes advocacy came in the form of food or healing.”

A common justification for remaining on the sidelines of engagement when it comes to speaking out against injustice is the claim that the actions go against the conservative nature of the Adventist denomination, Forrest shared. When the subject came up, however, the panelists strongly spoke against using conservatism as a crutch.

“I can say ‘I’m a conservative,’ but that’s a cop-out. ‘Conservative’ is often couched as a sanctimonious, self-righteous term. When we go to ‘God-speak,’ that takes away the reality of people dying because we have an economically oppressed system that [harms certain communities],” Bath said. “The church should biblically respond to that and the inequalities in our community. Sadly, we’re not aware.”

Rosario added, “The main issue I see [is that] it’s difficult for the church to respond biblically when it’s unclear about the essence of its biblical role. The whole notion of conservativism is preserving something in its original state and being resistant to change. [In that sense,] a true conservative would mean to preserve what Adventism was in the past.”

“We’re a prophetic movement focused on the second coming of Jesus. Many, if not most, of the rank-and-file Adventist members think prophecy is exclusively about forecasting future events, not realizing its witness in Scripture predominantly speaks to the present—to now,” Rosario continued. “The mentality, ‘I’m a conservative, thereby [sic] I’m hesitant to get down and dirty with what's happening in society today’ is actually an anti-conservative posture.”

This notion was supported by several panelists who spoke about the abolitionist practices of Adventist pioneers. William Miller, for example, a forefather of Adventist theology, housed slaves who were on the Underground Railroad in pursuit of freedom.

Adding to the comments comparing early Adventism to present-day practices, panelist Nick Miller shared his desire to conduct a project with seminary students of “recalibrating” the church’s prophetic message to include the importance of ministering to the current needs of our communities.

“It’s not that it’s been wrong; it’s that it has been incomplete. What happened in the 1920s and 1930s, our prophetic message was spiritualized and made all about the past (1844), or the future (Christ’s coming and the millennium), but all of its engagement with the evils of present-day society were removed,” Miller said.

Furthermore, Miller opined, by the church placing a heavy focus on the past and future rather than the present, it inadvertently supported the engine of white supremacy in the United States.

“If you go back to our pioneers and their emphasis on the first angel’s message, which focuses on ministering to every nation, kindred tongue, and people, that is a fundamental foundation for racial and ethnic equality,” Miller said. “If we’re trying to reach everyone, and we’re not opposing inequality, then what kind of gospel do we have?”

Has the Church Done Enough?

The second question that guided the conversation came from Johnson: “Have we been intentional enough as a church to build the appropriate culture that leads us to be more Christ-like? Are we still worried about whether we’re on the left or right side of church politics as it relates to managers, employees, and congregants? What could we be doing to create that culture that is primarily focused on what leads us to be more Christ-like?”

Pollard responded, “I think a big challenge that we face is that we’ve decollectivized the gospel, and individualized it almost to a fault. Historically, our systems of affirmation have rewarded those who have done good for deprived populations. ‘If I give out food, clothing to individuals who are destitute, I’m doing God’s work.’”

“I think some of the work we have to do is to recognize that collective action on the part of the church is what’s required at this time. We need to create space, especially for Adventists in the public square, who see as part of their witness and ministry the necessity of advocating to overturn the forces that drive poverty, that perpetuate social misery and oppression, because we have not created space for those persons,” Pollard continued. “We can’t just leave that to [other denominations]; Adventists need to be known for that as well.”

Simmons added to points made throughout the conversation by saying the church has done too little compared to what God has called Christians to do and what our communities need us to do.

She shared a remark she heard in a meeting from a prominent church leader years ago, who placed the practice of converting above performing community service. “He said, ‘We should do nothing for people unless it leads to them making a decision to join the Seventh-day Adventist Church.’ That hurt and angered me,” Simmons said. “But this, too often, has been the foundation of [Adventist] thinking. This is the perspective from which we make decisions about what we should do in our communities.”

“We cannot claim a lack of intentionality in what we have done over the years. What we have done has been intentional, just on the wrong side of the coin,” Simmons continued. “Convergence will have to take place before we do what we must do for the right reasons, but I don’t know if there’s enough time in earth’s history for all of the convergence to take place for that to happen.”

In wrapping up the breakout session, Forrest said to the reconvened, full group of executive committee members that she hoped participants had an increased awareness as a result of the discussion, felt motivated to have more conversations and find additional resources and partners, and find ways to make contributions to this important, ongoing work.