How Adventists Made Inroads in One of Europe’s Toughest Cities 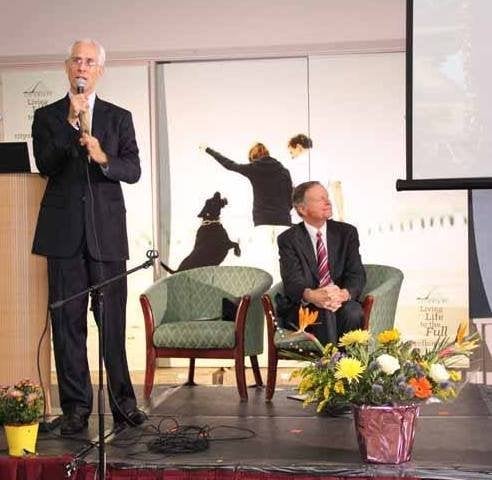 See related news commentary, “Come Over and Help Us in Ireland”

Perhaps no major European city has proven as challenging as Dublin, where only about 50 Irish people have been baptized into the Adventist Church in the past 40 years.

But Dublin’s Adventist flock, which today consists largely of immigrants, is entering the new year filled with hope after an unprecedented initiative resulted in 45 baptisms in 2014.

Significantly, about a dozen native Irish people also have embraced the seventh-day Sabbath. Among them are a young biochemist who wrestled with evolution, a young woman who was handed a copy of Patriarchs and Prophets on a bus, and a young man who decided that Adventists show a Christ-like compassion toward homosexuality.

“What God is doing is really remarkable,” said evangelist Mark Finley, who worked with local church leaders in developing last year’s initiative. “These are things that God did. We could not have done them, but God did!”

Fifteen years ago, the Adventist Church counted fewer than 25 members in Dublin, a city of half a million people in a country that is predominantly Roman Catholic. A subsequent influx of immigrants from East Europe, Africa, Asia, and South America has swelled membership to 315 people. Today, about 500 people worship in four churches in Dublin.

But with just 770 members across Ireland, church leaders remained puzzled about how to reach out more effectively to the majority Irish population.

“They have issues, not so much with God but maybe with the institution of the church because of all the scandals and abuse,” said Ian Sweeny, president of the Adventist Church’s British Union Conference, which includes Ireland.

Undaunted, Sweeny and other church leaders decided Dublin was ripe for a “City of Hope” evangelistic endeavor under the Adventist world church’s “Mission to the Cities” program, which seeks to share Jesus with people in the world’s largest cities.

“We could have gone with the safe option, which would have been a city in England where there’s a larger congregation and we could expect some baptismal results,” Sweeny said. “But our hearts have always felt that the missions require greater attention.”

Two years ago, he began to work with Finley and local pastors on a strategy for Dublin. The goal was to reach as many people as possible but to make sure that the native Irish were specifically targeted.

Adventists Take Over a Hotel

In the end, Dublin City of Hope planners came up with a practical program that combined literature evangelism, Bible studies, vegetarian supper clubs, health expos, and an evangelistic series. The program required the active involvement of regular church members, who began to receive hours of training in early 2014.

“In my 45 years of ministry, I’ve never done anything like it before,” Finley said.

The planning culminated in May 2014 with a big one-day event at a Dublin hotel, where the Adventists took up the entire ground floor. Visitors could walk through a health exhibition. Another exhibition focused on Jesus, with pictures of the Holy Land and the life of Christ. One room was turned into a Christian bookstore with a variety of books.

In the evening, visitors chose between four seminars: biblical archeology; how to live longer and healthier; happy marriages and raising happy, healthy kids; and how to manage finances and get out of debt—a real worry in a country that recently went through a financial crisis. Some 300 to 350 people attended in total.

He said the hotel event planted a serious spiritual interest in the hearts of many visitors.

Dublin church members followed up on that interest over the summer months, inviting the people to attend vegetarian supper clubs, health clubs, and two seminars: on science and the Bible, and the book of Daniel.

In September, Adventist young people distributed thousands of pieces of religious literature on the street ahead of three weeks of evangelistic meetings by Finley.

Sweeny said he was stunned by the Irish people’s warm reception to the literature.

“People were genuinely enthusiastic and responsive and responded to things like leaflets, which we were quite surprised by,” he said. “They wouldn’t in England, where people are closed and reserved.”

A total of 362 non-Adventist guests attended Finley’s meetings, including the young Irish woman who had received Patriarchs and Prophets on a bus. A stranger had handed the book by Adventist Church co-founder Ellen G. White to her as she traveled to a wedding in Scotland.

“It changed her life,” Finley said. “She looked up who Ellen White was and found it. I was teaching a Bible class when she came to church one day with her mother. God just changed her life, just transformed her.”

Also at Finley’s meetings with the biochemist, a man in his early 30s who had first started to wonder about creation and evolution while studying for his doctorate in biochemistry.

“He began to listen to Adventist preaching on the web on creation and the prophetic messages, and it changed his life,” Finley said. “He was at our meetings and is attending our church.”

Another attendee was a man in his late 20s who was seeking a church with a compassionate view on homosexuality. The man, who was raised Catholic but had embraced evangelical Christianity, was engaged in street witnessing when he started studying how various churches treated homosexuality, Finley said.

“He wanted to have a reasonable view of the homosexuality question,” Finley said. “He said, ‘I need something that’s biblical but yet compassionate.’”

The man found Seventh-day Adventists on the Internet and began to read reports about an Adventist-organized conference on sexuality titled, “In God's Image: Scripture, Sexuality and Society,” which was held in March 2014 in Cape Town, South Africa. He liked what he found, Finley said.

“He said, ‘This is compassionate,’ and he walked into an Adventist church,” Finley said.

“He’s just a real neat guy, very athletic, sports-minded,” Finley added. “He came to our meetings and is actively involved in our youth groups now.”

“Evangelism Not an Event but a Process”

The Dublin City of Hope story is just beginning. The 45 baptisms last year were largely comprised of the spouses and children of existing church members—people who were familiar with the Adventist Church before the City of Hope program was launched, said David Neal, president of the Irish Mission.

Neal said he hoped that all of the dozen Irish people who embraced the Sabbath last year will also be baptized in 2015. 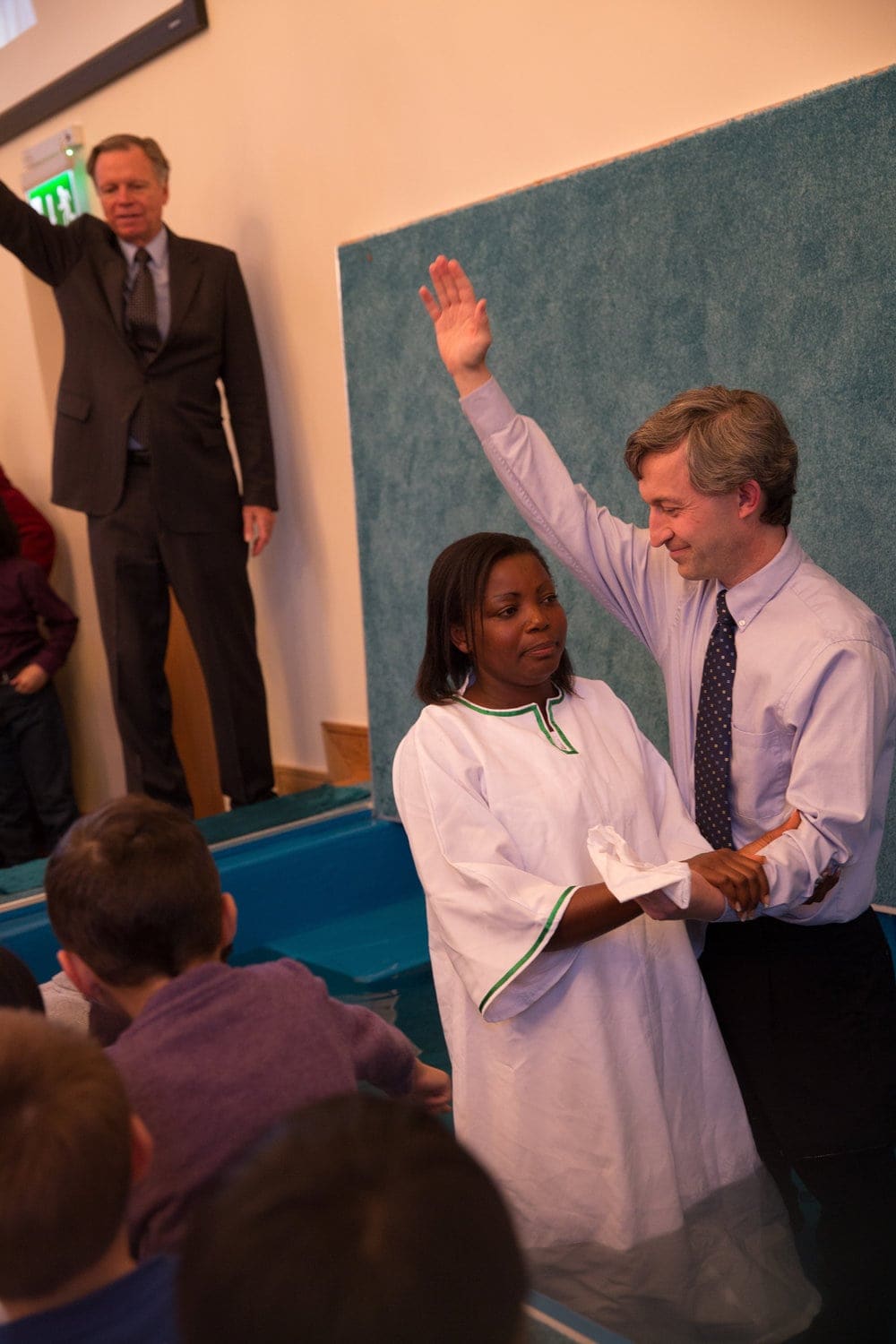 “After Mark Finley left, holding our Irish friends has been a real steep hill to climb,” Neal said this week. “We're doing everything in our power, and the power of the Holy Spirit, to stay connected with them through visitation and follow-on seminars.”

He added: “I promise you, I'm not complaining in any way whatsoever. Mark and his wife, Teenie, have helped us go through an historic experience, one the Irish Mission has never seen before or ever imagined could happen. It's tough in Dublin, it's tough in Ireland, and we knew it always would be!”

The reality is that the European continent, which gave birth to the Protestant Reformation in 1517, is increasingly secularized and materialistic, and much of its population poses a challenge for the Adventist Church. The Trans-European Division, which includes the British Union Conference and Ireland, is the smallest of all of the church’s 13 divisions, with 84,428 people. The British Union Conference itself has 34,512 members, a net increase of 464 people from 34,048 a year earlier. Most of the new members were immigrants.

“Europe, possibly for the first time in 1,000 years, is now a mission field,” Raafat Kamal, president of the Trans-European Division, said in an interview last summer.

Adventists in Ireland are determinedly pushing ahead with their outreach efforts in 2015.

The Irish Mission intends to follow up with 250 new interests and friends with monthly letters inviting them to further seminars. It is holding talks with Adventist-owned Florida Hospital to send a team to Dublin in the late spring to train local members to run “Creation Health” seminars. Finley is scheduled to make a return visit in September.

The four Dublin churches, meanwhile, are planning a variety of health expos, music concerts, fruit-for-cigarette street swaps, and other events. On Thursday, the pastors of the four churches began training church members how to conduct one-on-one Bible studies. The course is being streamed over the Internet to ensure that all Irish Mission members can benefit.

Neal said it was difficult to assess the effectiveness of Dublin City of Hope because the project was ongoing. But he noted that the experience “more than reinforces the value that evangelism is not an event but a process.”

“What has taken place this last year has a legacy,” he said. “It ensures that Dublin members not only keep their focus on seeking and saving lost people, but also have been thoroughly equipped and trained to do the job. The training and the focus will continue in 2015.”

Adventist Review, Nov. 25, 2014: “The God Who Sees,” editorial about Ireland by Mark Finley