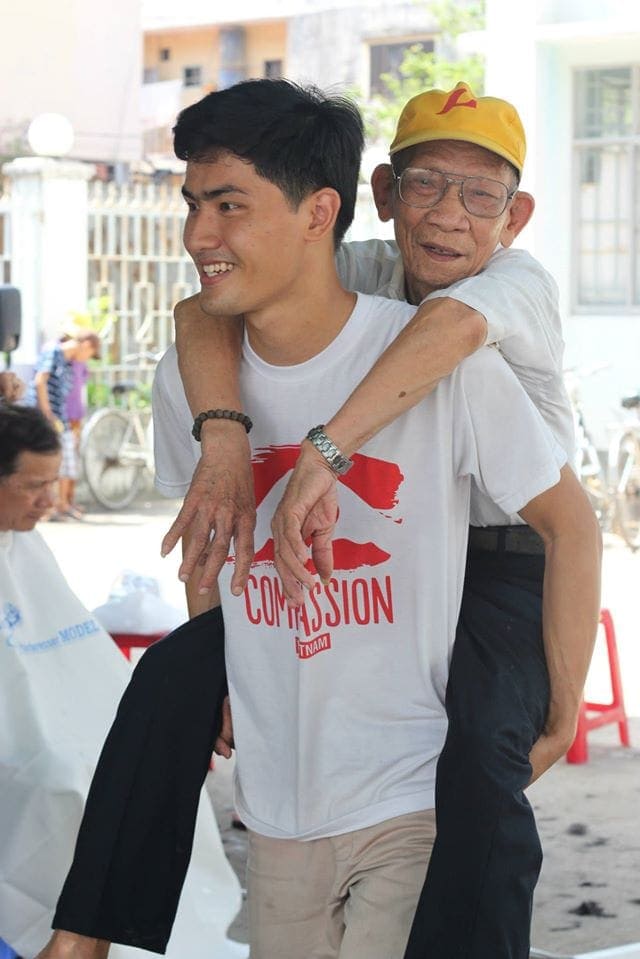 What do a garden hose, a blood pressure cuff, and a pencil have in common?

Not much it would seem.

But in the hands of One Year in Mission volunteers, these tools are building relationships and attracting government praise in Vietnam’s biggest city, Ho Chi Minh City.

The Seventh-day Adventist volunteers received a government certificate of appreciation for two community projects in a ward, or subdistrict, of Ho Chi Minh City over the summer. Leaders of Phu Nhuan Ward, District 9, presented the certificate at a ceremony and cited the volunteers’ work as a positive contribution to the well-being and health of local residents.

In the second activity, qualified One Year in Mission Vietnam volunteers offered free medical and dental checks as well as free haircuts and back massages at a free clinic co-organized with local government officials.

National television featured reports about these activities as examples of positive initiatives by young people.

The Adventist volunteers have partnered with other wards and organizations to meet community needs over the past year. Some of the activities included the distribution of school supplies to disadvantaged children in partnership with a local pagoda, a cleanup day, a dental health day, and free motorcycle washes for some of the estimated 3.5 million motorcycles in the bustling city of 8 million people formerly known as Saigon.

During a television report about the school supplies, volunteer coordinator Le Bao Ngan (Keiko Le) explained to viewers that the volunteers sought to “not only bring meaningful action and warmth to … children but to inspire young people to do good.”

The Adventist young people are also reaching out to their peers by creating positive social gatherings such as free guitar lessons. The nighttime lessons enable young people to gain a new skill in what organizers hope is an uplifting and fun environment.

“It’s just a small way, but we hope that the movement will help young people become more involved and inspired to impact society,” Le said.

The volunteers also work with hospitals, charities, and other entities in Ho Chi Minh City and throughout Vietnam.

One Year in Mission is a 2013 initiative of the Adventist world church aimed at maximizing the interest and passion of Adventist young people in mission and graduating them from short-term mission assignments of several weeks or months to long-term mission. The initiative, which has been introduced in each of the church’s world divisions, is part of a broader program known as Mission to the Cities, which seeks to share Jesus in the world’s biggest cities.

The Southern Asia-Pacific Division, which includes Vietnam, has One Year in Mission coordinators in 11 of the 14 countries on its territory and a large network of volunteers.

The Adventist Church has more than 11,000 members worshiping in 15 churches in Vietnam, a Communist country bordered by China, Laos, and Cambodia that officially recognized the denomination in 2008. Only 8 percent of Vietnam’s population of 91 million identify themselves as Christian, while the majority practice Buddhism.