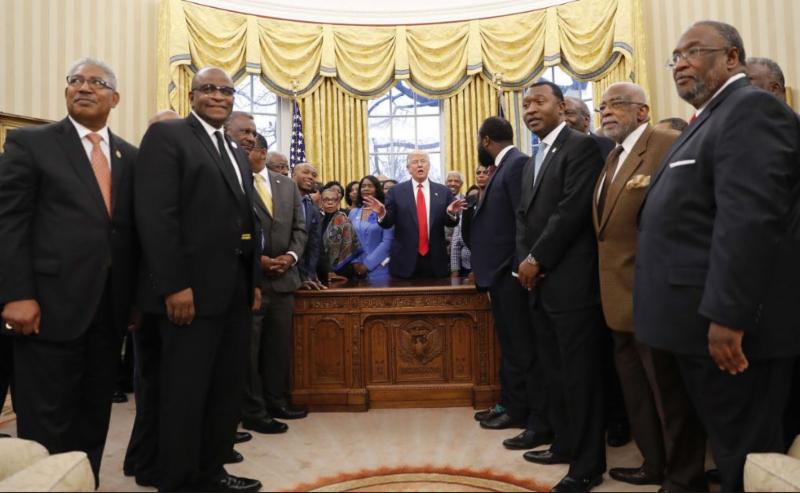 Oakwood University President Dr. Leslie N. Pollard attended a meeting convened by President Donald J. Trump at the White House in late February, as part of a group of over 60 leaders of Historically Black Colleges and Universities (HBCUs).

His visit did not come as a surprise to Oakwood University—a Seventh-day Adventist institution of higher learning based in Huntsville, Alabama, United States—as the leader of the historically black institution had announced in his Feb 20 “President’s Newsletter” that he would attend, a full week before the Feb 27-28 meetings.

While Pollard asked for special prayers in the days leading to his visit, he communicated that the purpose of the meeting was “to confirm a national agenda for assisting HBCUs’ [to] continue and strengthen their contribution to the nation’s graduation rates.”

In his newsletter, Pollard shared some startling facts, reminding the Oakwood community that while HBCUs make up only 3 percent of all institutions of higher education in America, HBCUs graduate annually 21 percent of all African Americans that receive Bachelor’s Degrees from all institutions. On his Twitter account, Pollard also retweeted some facts provided by Terri A. Sewell, US Congress Representative for Alabama’s 7th congressional district. Sewell, who seemed to echo a Feb 27 report from the Washington Post, wrote that while “many HBCUs were founded by churches and former slaves to educate the children of former slaves,” presently, “75 percent of all black officers in the Armed Forces, and 80 percent of all black federal judges graduate from an HBCU.”

The special “listening session” was convened by President Trump before he signed “a new and stronger” Executive Order, recognizing the importance of HBCUs, on Feb 28. Pollard also explained that HBCUs and partner organizations—which provided input to the White House staff in the days leading up to President Trump’s signing—included “a request to increase…grant funding.” Still, “we seek investment, not charity,” tweeted Pollard, who remarked that “the HBCUs output is a national gift.”

At the signing of the new Executive Order on HBCUs on Feb 28, President Trump remarked that “HBCUs have been…pillars of the African-American community for more than 150 years…and a grand an enduring symbol of America at its absolute best,” according to the White House Press Office. Addressing HBCUs specifically, President Trump pledged his support to those schools, their mission, and to “our shared mission of bringing education and opportunity to all.”

“I believe my job is to make sure that Oakwood’s agenda is always on the table.”

Pollard’s visit to the White House garnered mixed reactions, mainly expressed through online comments on a photo taken at the Oval Office meeting that the school posted on its Facebook page. Some questioned the purpose of the meeting and its tangible effect on Oakwood University.

Others, however, opted for finding a silver lining. “We prayed for [President Trump]. Now we need to be an influence for good,” a man wrote. His words resonated with several others, who said that while they, too, were not clear about the goals of the White House meeting, they trust God, and are praying “for the Lord to continue to guide this process.”

Still others stressed the importance of continued involvement in worthwhile causes. “We can’t expect anyone to understand [the HBCUs’] needs and relevance if we refuse to articulate them in the appropriate setting,” a woman wrote. “We must engage at all levels,” a man added. “Daniel, Joseph, Esther, Moses, [and] Martin Luther King Jr. are examples of individuals who stood up.”

In his March 29 “From the Desk of the President” newsletter, Pollard officially addressed his visit to the White House.

Pollard said he would like to answer questions regarding his decision to attend the meeting in these simple words, “Because I’m fighting.” He explained that his resolve is to seize every single opportunity to garner support for Oakwood University and its mission.

“I believe my job is to make sure that Oakwood’s agenda is always on the table,” said Pollard, as he recalled one of his favorite leadership sayings, “If we are not at the table, our agenda is not on the table.”

Pollard also emphasized that the February visit, along with other ongoing opportunities to engage with White House and Department of Education personnel, provide crucial occasions for broader representation. “Going to the White House also represented a chance for Oakwood University to represent all of Seventh-day Adventist higher education,” explained Pollard.

On March 16, President Trump unveiled a discretionary budget blueprint. According to news reports, the budget increased defense and security spending, while slashing the funds allotted to other departments and programs. Higher education did not escape deep cuts, said Pollard. Overall, the budget for education was reduced by $9.2 billion, or 13.5 percent. The budget outline did not include specifics, which will be part of the detailed budget slated for release next May. 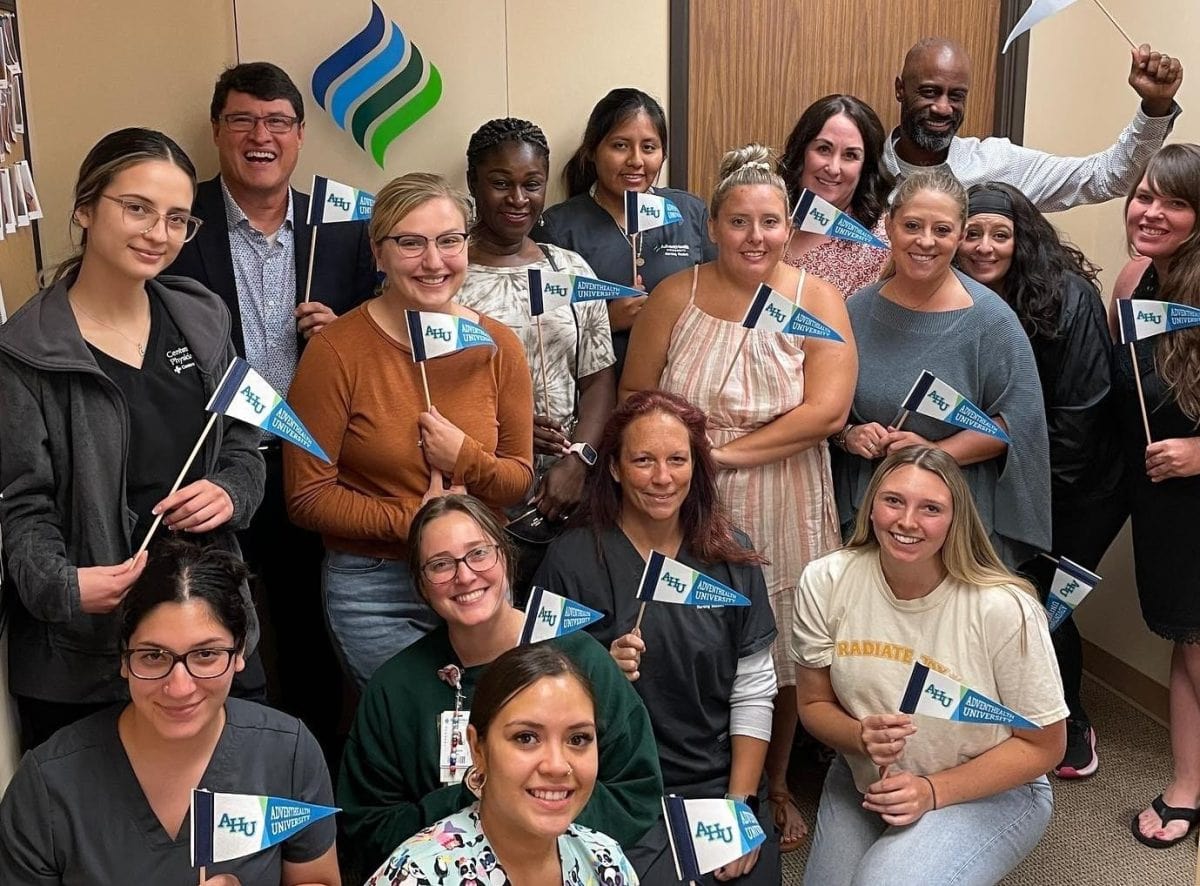