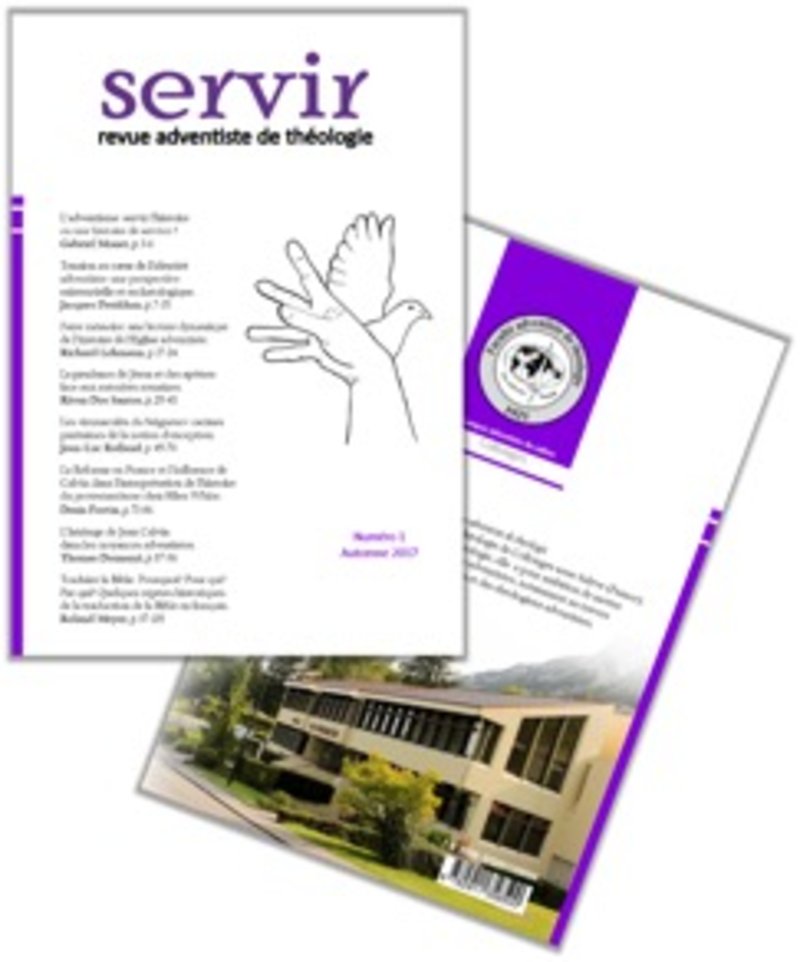 “This journal fills a gap in the French-speaking Adventist space since the 1999 shutdown of the magazine which was published by the Department of the Ministerial Association of the Inter-European Division,” said Gabriel Monet, dean of the School of Theology since last summer and initiator of the project.

Admittedly, today there are various journals published or translated into French aimed at church members and students, with articles related to the different fields of theology. Those publications, however, do not intend to be scientific or encourage research and in-depth reflections, according to the scholars behind the project. Also, Adventist French-speaking theologians publish in languages other than French or in theological journals not published by the Adventist church. There is even a multilingual European Adventist theological journal, Spes Christiana, which is mostly not distributed in French-speaking countries because of the very low number of articles in French.

'Servir,' the new theological journal in French, published by the School of Theology of the Adventist University in France. [Photo: Inter-European Division News]

While French-speaking Adventism growth around the world is significant, it seems legitimate to develop a tool that promotes research and allows those interested in theological issues to discover elements to be encouraged and stimulated, explained the leaders behind the project. They also hope this new journal will contribute to the synergy between the various French-speaking Adventist educational institutions (in Cameroon, Haiti, Madagascar, France) and the Adventist theologians who depend on these universities and also those who practice in other contexts.

The School of Theology of the Adventist University of France said that it is pleased to be a driving force in this direction and hopes to offer all biblical scholars, historians, systematic and practical theologians good opportunities of writing and sharing their research and reflections. The journal board hopes it also constitutes rich reading opportunities for theologians, students, pastors and leaders, and all those interested in theology.

The title “Servir” (To serve) reflects a vision which seeks engagement. Serving is a dynamic that combines reflection and action on the one hand, and the conjugation of human and divine action, on the other hand, explained the leaders of the project.