Adventist Mother, Three Kids Among the Dead After Landslide in Guatemala 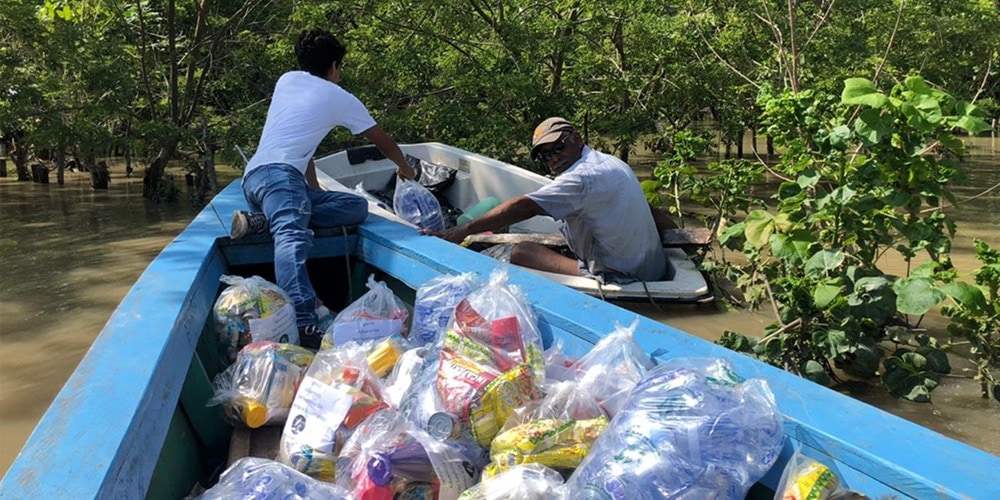 Seventh-day Adventists in Guatemala are saddened by the deaths of four of its church members after torrential rains from Hurricane Eta overflowed rivers and caused landslides that buried dozens of homes in the village of Queja in San Cristobal Verapaz in the northwestern part of the country.

After the rain battered the mountainous regions on November 3, 2020, rescue teams recovered the bodies. Among the first victims recovered were a mother and her children. Adela Cal and her three children, ages 5, 8, and 10, were members of the local Adventist congregation.

“Hurricane Eta has caused havoc in various parts of our country and has touched us deeply,” Guenther Garcia, president of the Adventist Church in Guatemala, said. “We are grieving the loss of our dear members, especially those young children, and we come in solidarity as a church to mourn their loss and sympathize with the more than 70,000 persons affected by Eta,” he said.

Garcia said that Carlos Suram, the father of the victims, was in the capital city when the disaster struck and is trying to find his way back home amid flooding and inaccessible roads.

Three other church members still missing. An estimated 200 people are believed to have died across the country, and dozens more are missing.

Special emergency funds have been disbursed to help assist members, Garcia explained. In addition, two trucks are ready to transport clothing and non-perishable food as well as 75 new mattresses, he added. Local Adventist Development and Relief Agency (ADRA) funds have been used in Peten, in the northern part of the country, to distribute food, water, and toiletries in the affected areas.

The church has so far identified 219 Adventist families who have lost their homes. Eight Adventist churches are currently operating as shelters. Currently, 796 people are staying at these churches. Gustavo Menendez, communication director for the Adventist Church in Guatemala, said these churches were closed in March in response to the pandemic but were opened to provide shelter space for displaced families. He said the church is maintaining as much social distancing as possible under the circumstances.

After the rains subsided on November 4, Adventist churches in the north and northwest regions mobilized members to collect food, water, and clothing for the victims, according to Menendez. “Out of their own funds and donations, they moved fast to cook hot meals and assemble food bags for many of the victims in surrounding communities,” Menendez said.

The situation has been very difficult for so many people, Menendez added. “There are two major bridges that were wiped out, and it’s hard to even get to the area since the waters are still high.

“We know this is just an initial response to assist these families, for they have lost everything,” Menendez said. “It’s going to take a long-term plan to rebuild their lives.”

Members in the northern part of Guatemala have already made hot meals, assembled bags of food and water, and are delivering the goods to as many communities as they can reach.

“Our Adventist community here always moves to help those in need and always joins together to offer assistance, ponchos, prayers, and anything they can do to offer hope,” Menendez said.