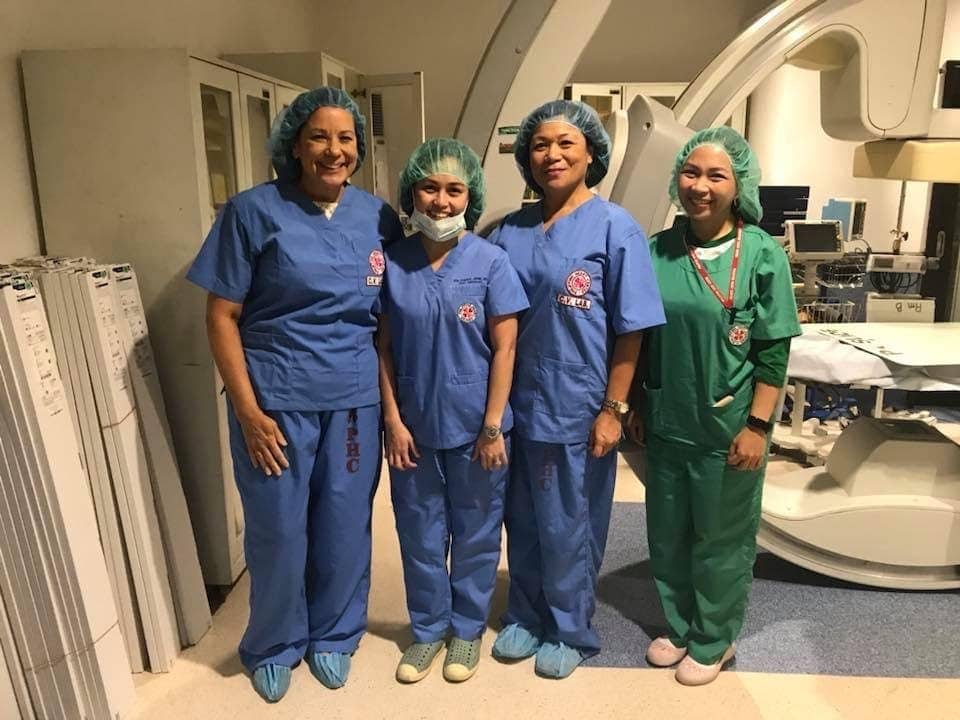 The more than 4 million residents of the fourth largest island of the Philippines, Negros, will soon have access to better diagnosis and treatment for heart conditions thanks to a donation by the U.S.-based, 50-hospital health system AdventHealth.

AdventHealth’s Global Missions team shipped a donated cardiac catheterization lab on October 24, 2019, from Orlando, Florida, to the 120-bed Adventist Medical Center (AMC) in Bacolod. Expected to arrive by the end of the year, it will be the first cath lab on the island.

“Currently, if you have a heart condition and you need diagnostic or interventional services, you have to take a boat or an airplane to a city like Manila, which is located in a neighboring island, to get that type of care,” said Monty Jacobs, director of AdventHealth Global Missions.

Over the past year, AdventHealth Orlando and the AdventHealth Cardiovascular Institute have worked with AMC Bacolod staff on architectural drawings, clinical care training, and supply chain processing to help prepare for the lab. Additionally, AMC Bacolod nursing teams attended a recent global nursing conference in Orlando with AdventHealth, exposing the clinicians to the organization’s own cath lab processes and procedures.

“It’s encouraging to see that a health system with a mission to extend Christ’s healing ministry is regarded as a premier center of influence for wholistic care,” said Galileo Pabalinas, president and medical director for AMC Bacolod. "AdventHealth's support means so much to us. It has opened the doors for endless possibilities to adopt best practices, emulate systems, and gather inspiration. And now that they’ve selected us to be the recipients of this cath lab, we’ve been given a big boost.”

AMC Bacolod is part of a network of ten Seventh-day Adventist hospitals in the Philippines. AdventHealth executive leaders participated in the network’s leadership conference in Cebu City, Philippines, in September, presenting on a range of topics including mission integration, patient experience, and financial stewardship.

One of the network’s other facilities is Adventist Medical Center (AMC) Manila, a partner institution in AdventHealth Global Missions’ footprints structure. Global Missions footprints are long-term relationships with select hospitals around the world that foster Christ-like generosity and provide hope and healing to communities in need. AMC Manila has been a footprint hospital since 2016, and the relationship is led by executive sponsor Evie Lowe, chief nursing officer for Integrated Health Services in AdventHealth’s Central Florida Division.

“More than 60 years ago, my mother graduated from Adventist Medical Center Manila’s school of nursing and provided nursing care at the facility,” said Lowe. “I am blessed to serve in this executive sponsor role for AdventHealth, an organization that is committed to Extending the Healing Ministry of Christ around the world.”

AdventHealth volunteers have made annual primary care and surgical mission trips to AMC Manila since 2015. The city of Manila’s larger urban area has about 20 million inhabitants living in a compressed space, and the hospital sits in an established part of the city with little room for expansion. However, as the first partner institution, it paved the way for the cath lab donation to the hospital in Bacolod, a friendly city (nicknamed “The City of Smiles”) located on a primarily agricultural island.

“Adventist Medical Center Bacolod is a relatively small facility in a developing country where the health care system is not favorable to private hospitals,” said Pabalinas. “With this cath lab soon forming part of our services, a new ray of hope is dawning for the future of health care at our facility and the entire province of Negros."

According to AdventHealth leaders, a team is expected to travel to AMC Bacolod in early 2020 to help install the cardiac cath lab. "We are also planning a surgical and primary care mission trip to Adventist Hospital Palawan in the spring,” they said.