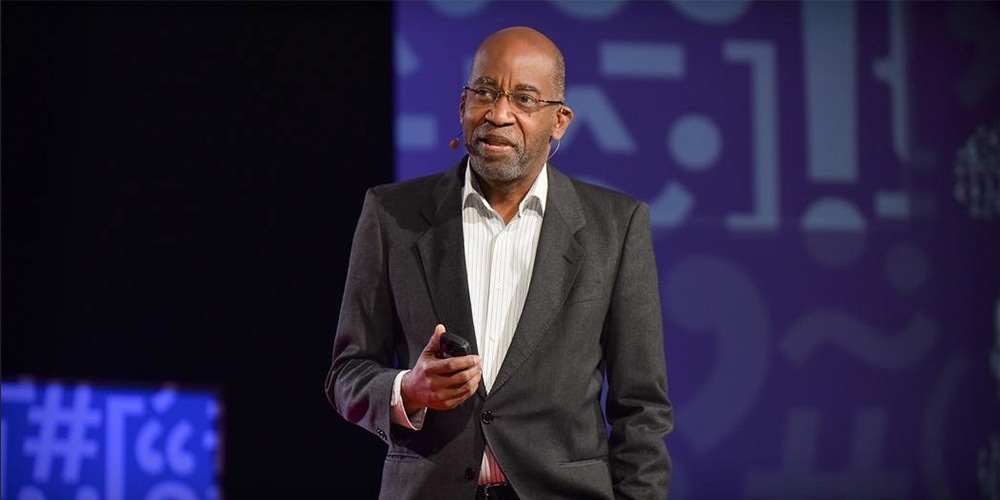 Ask David R. Williams — a sociologist and educator at Harvard University — what his election to the National Academy of Sciences signifies, and he’ll quickly get to a specific item.

Currently, Williams is the Florence Sprague Norman and Laura Smart Norman Professor of Public Health and chair of the Department of Social and Behavioral Sciences at the Harvard T.H. Chan School of Public Health, as well as Professor of African and African American Studies and Sociology at Harvard University. The medical school’s website notes he is “an internationally recognized social scientist focused on social influences on health.”

Now, Williams is one of 100 newly elected members of the National Academy of Sciences (NAS) and the first Seventh-day Adventist elected to the body. (Albert Reece, an Adventist and dean of the University of Maryland’s School of Medicine, was elected to the National Academy of Medicine, a related organization, in 1998 and is currently a member of that group’s council. Both of these eminent scholars and researchers are consultants and honorary associate directors in the Adventist Health Ministries Department of the General Conference of Seventh-day Adventists.)

Williams quoted his friend and fellow Adventist, Wintley Phipps, a Grammy-nominated singer and Seventh-day Adventist pastor, “You don’t have to compromise to be recognized,” and said being faithful to God’s rules won’t necessarily limit achievement.

Williams said his election to the Academy, the United States’ premiere scientific body, affirms that one can be faithful and attain recognition in one’s field. There are 2,347 active members of the NAS, chartered by the U.S. Congress in 1863 to “investigate, examine, experiment, and report upon any subject of science,” according to its website, which also notes, “Members are elected in recognition of outstanding achievements, and membership is considered a high honor.”

According to Adventist Church education director Lisa Beardsley-Hardy, “Dr. David Williams is eminently deserving of the recognition, and he is a product of and advocate for [Adventist] education. We congratulate Dr. Williams for this well-deserved recognition of his scholarship on the social influences of health by the National Academy of Sciences.”

Loma Linda University president Richard Hart added, “As both an alumnus and current board member, Dr. Williams has been closely connected with Loma Linda University Health for many years.  His contributions to understanding social behaviors has been foundational, and we add our congratulations to this important recognition by the NAS.”

Williams said he intends to continue his work in research and education, leaving the outcomes in God’s hands.

“I would like, as long as God gives me health and strength, to continue to contribute in doing scientific research and training the next generation of researchers. I don’t have any specific goal. I do my part and leave the rest in His hand,” he said.

Williams is also an associate director of Health Ministries for the General Conference (GC), and will present the keynote address at that department’s Global Conference on Health and Lifestyle at Loma Linda in the summer of 2019.

“It is a great honor and privilege to have Dr. David Williams as a friend, and also as a consultant, adviser, and honorary associate director in the General Conference Health Ministries Department,” said Peter Landless, GC Health director. “He is not only the quintessential gentleman and scholar, he is an exemplary child of the Lord we love and serve. He has intensively researched the often-ignored but inestimably important areas of health disparities, inequities, and of discrimination, and is an acknowledged, leading world expert in these conversations. We have been blessed and grateful that David and his wonderful wife, Opal, graciously and faithfully share cutting-edge insights on spirituality and wholistic health. They make the difference!”

“I think as needs and opportunities arise, I am more than happy to use whatever gifts God has given me to be a blessing to his people,” Williams said. “And also to equip our health leaders to be the best at doing health ministry and becoming all that God wants us to be.”

The latter theme of fulfilling God’s vision for one’s life is a theme Williams says he returns to in his talks with young people: “God’s dreams are higher than our highest human thoughts can reach, and the challenge is to give Him everything and let Him use us in ways that we would never imagine.”