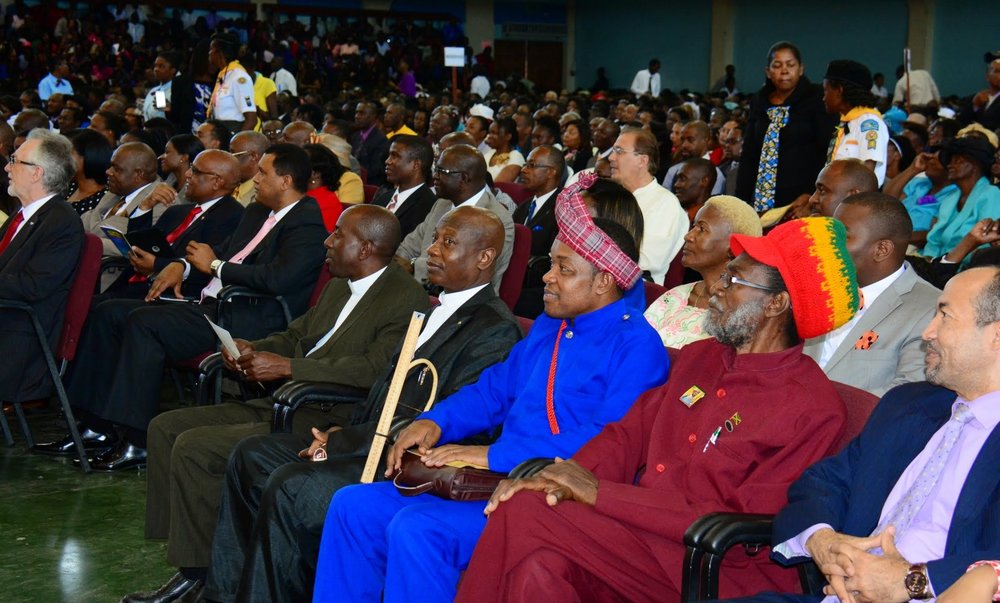 The Seventh-day Adventist Church has opened a Jamaican chapter of its International Religious Liberty Association, which defends the rights of all faiths, at a festival attended by senior government officials and thousands of other people in Kingston.

Leaders of the chapter, called the National Religious Liberty Association, said the group was needed because Jamaicans should not take their current religious freedom for granted.

Religious freedom is on the minds of many Jamaicans after the government passed a flexi-work week law a few months ago that a number of religious organizations fear will not sufficiently protect their day of worship. The government, however, has insisted that the law is not a threat to religious freedom because it gives employees a 24-hour period to use as a day of worship.

The National Religious Liberty Association was launched during Jamaica’s first Festival of Religious Freedom at the National Arena on Sabbath, Jan. 24, before a crowd of thousands of Adventists, including Jamaican Governor-General Patrick Allen, and members of other religious denominations.

“Our mission is to protect, promote, and defend religious freedom of all and everywhere. It is now your mission,” said Graz, who serves as public affairs and religious liberty director of the Adventist world church.

Deputy Prime Minister Robert Pickersgill, who represented the prime minister, said the government recognized the “enormous impact” of religious freedom on Jamaica’s development and had enshrined the right in a 2011 amendment to the Jamaican constitution.

“Countless schools, hospitals, donor agencies, and long-standing community development programs in Jamaica are the result of religious freedom and the strong influence of the church,” Pickersgill said.

“You cannot be silent when freedom is under attack … when our people are being murdered all over the world, including in Jamaica,” he said.

He also said Christians should engage in politics “because if you don’t care, somebody else is going to care.”

The new secretary-general of the National Religious Liberty Association is Nigel Coke, who is also public affairs and religious liberty director of the Adventist Church’s Jamaica Union Conference. He named Reverend Conrad Pitkin as the president and a number of other religious leaders as members of the interim board.

Pitkin, who is chairman of the Jamaica Umbrella Group of Churches, thanked successive governments for preserving religious freedom and allowing religious organizations to establish educational and health-based institutions beneficial to their members.

Jamaica joins more than 80 countries worldwide with national religious liberty associations. Most recently, Papua New Guinea opened its own association during a festival last month. Although spearheaded by the Seventh-day Adventist Church, the multi-denomination association in Jamaica aims to defend and preserve religious liberty for all religions. Its parent organization, the International Religious Liberty Association, has been defending the religious rights of people since it was chartered in 1893.