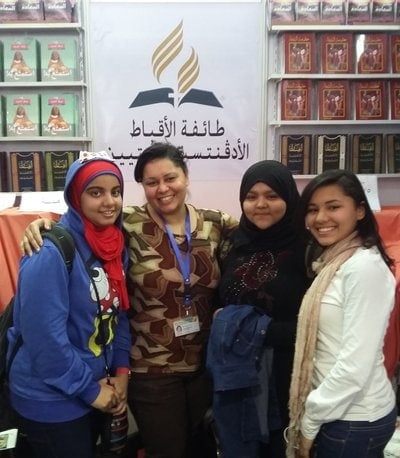 Seventh-day Adventist staffers distributed tens of thousands of copies of Steps to Christ and other books at the biggest book fair in the Arab world as they shared their love for Jesus and sought to dispel misinformation that the Adventist Church is not a Christian denomination.

Kleyton Feitosa, president of the Adventist Church’s Egypt-Sudan Field, said the church made significant inroads by organizing the booth at the 16-day Cairo International Book Fair, which attracted 2 million visitors and is considered the most important annual event in the Arab publishing world.

“The results were just phenomenal,” Feitosa said Monday. “It was very important to have visibility among thousands of Egyptians — Christian and Muslim alike — during a time when many are still wondering whether we are Christians or not.”

Local Adventist leaders are especially keen to clear up confusion after the Egyptian government considered legislation late last year that would classify the Adventist Church as a non-Christian religious denomination. The new civil law for non-Muslim minorities was drafted by some segments of Egypt’s Christian minority without Adventist participation.

Adventist leaders asked for the prayers of the world church in late November as they reached out to the government and the media to stop the legislation.

The government has responded favorably, putting the bill on hold and promising to include Adventist representatives in future discussions of it, Feitosa said, citing a letter from Egypt’s Ministry of Parliamentary Affairs.

Adventists face an unusual situation in Egypt in which they need to share their beliefs with both Muslims and Christians from other faiths.

Many Muslims believe that all Christians eat pork, drink alcohol, pray to saints, and live life like a Hollywood movie, said Homer Trecartin, president of the church’s Middle East and North Africa Union.

“As a church we have the delicate balancing act of helping our Muslim friends and neighbors understand that we are not like what they think of when they think of Christians,” he said. “At the same time, we have to help our Christian friends and neighbors understand that we are indeed followers of Jesus who believe that salvation comes only through faith in Him.”

At the book fair, the Adventist booth generated considerable buzz as apparently the only vendor that offered books for free. Adventist staffers handed out about 25,000 copies of Keys to Happiness, the Arabic version of Ellen G. White’s Steps to Christ.

“This was one of the highlights of our booth since no other organization, as far as we know, was giving books away for free,” Feitosa said.

A total of 55,000 books were printed through the contribution of a private donor in the United States.

The booth also distributed 15,000 flyers titled, Get to Know Your Adventist Friends. The bestsellers were health books and a book on church doctrines called Seventh-day Adventists Believe. 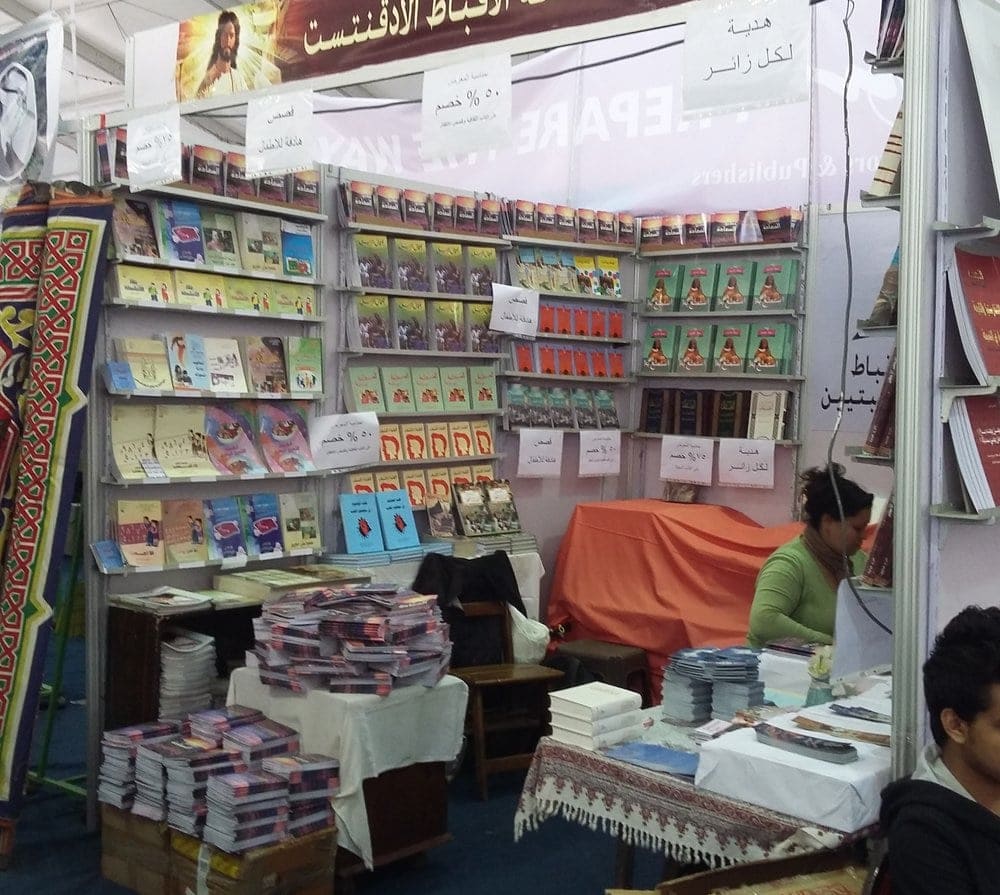 Visitors came from all walks of life: Muslims, Christians, and atheists. Staffers spoke with students from Al-Azhar University, the main Islamic learning center in Egypt, and sold books to students from the seminaries of various Christian denominations.

“We had the chance to discuss our doctrines and share our faith with thousands of people,” said Ranya Maher, who co-managed the booth. “The Lord greatly blessed us as we attempted to correct the wrong ideas and misconceptions that many people had about Adventists and their faith.”

One of the directors of the Bible Society of Egypt came to the booth and praised the Adventist presence at the second day of the fair, which ended Feb. 12.

“Many people don’t know who you are,” the director said. “It is good that you are here to answer questions about your beliefs and faith.”

Amgad Nageh, another co-manager of the booth, said he had met many young people searching for Jesus, and he had felt compassion for them.

“They asked me questions about Him, and they wanted to get books that talked about Him,” Nageh said. “I could see a deep desire in their eyes — a longing to know Jesus — and that made me tear up for them.”

Nageh and other Adventists are building new friendships after the book fair, and he asked for the prayers of Adventists around the world.

“I would like to make an appeal to all of you, my dear brothers and sisters wherever you are, to join me in prayers for those precious souls who Jesus came and died for,” he said. “Pray that they come to know Jesus. Pray that Jesus may reveal and make Himself known to them. They are so very dear and precious to Him, and He really wants to see them saved, and so do I!”

Magazine Article
After the Dust Settles
Adventist public engagement after the tumultuous year 2020.
Profile
One Day Online, One Day In-Person in the Digital Middle East
Integrating every church media platform to impact lives across the region.
Profile
County Fair Evangelism Impacts Thousands in U.S. Indiana Region
Thousands stop by, and hundreds connect with Adventists in the area.