One Day Online, One Day In-Person in the Digital Middle East

Integrating every church media platform to impact lives across the region.

As he tells it, Ahmad's journey didn’t begin with anything unusual.

“One day, I was browsing on my phone” — quite normal for a young man in the Middle East, where the average person spends 230 minutes a day of their personal time browsing on their mobile device.*

What stopped Ahmad mid-scroll, though, was the catalyst that has changed his life.

“I saw a link for researching the reliability of the Bible,” Ahmad said. Curious, he decided to click. To his surprise, he found an automated study showing how the Bible has been preserved and can be trusted. It’s not corrupted, as he’d been taught.

“Although the content was against everything I had been told to believe as a non-Christian, I went through every single presentation,” Ahmad said.

With each lesson, he was eager to know more about the Bible.

“At the end of that series, there was an option to study more about Jesus from the Bible with an online instructor,” Ahmad said. “I was totally astonished by the miracles, compassion, and love of Jesus. I told my instructor I wanted to study more.”

Ahmad was pleased when two men began visiting him each week to study the Bible in person. After several months he readily accepted their invitation to attend a small study group in their home. Friendship and spiritual life have followed.

His carefully directed journey in God’s Word has not been a series of coincidences, though. While it does mark the miracle-working power of God, it also represents prayerful effort of the Middle East and North Africa Union Mission (MENAUM) to develop an intentional strategy to meet a generation of Middle Eastern young people who are facing tremendous challenges and are heavily influenced by digital media.

“Digital media has altered the way non-Christian young people think, live, and build relationships,” Rick McEdward, president of MENAUM, said. “We see the emergence of non-traditional values and cultures as an impact of the media.”

One of MENAUM’s early steps, taken in 2018 and related to these trends, was a field survey of the region conducted by a professional research firm. The survey identified the region’s core audience, the language they understand best, and the most effective platforms for connecting with them.

Mission leaders, gospel workers, and media professionals met and wrestled with the dilemmas that surfaced. The conclusion was obvious: the church needed to integrate the varied media platforms and minimize overlapping efforts, disconnected projects, and even competition among them.

“We were faced with reassessing the traditional church departments and the production processes involved in all our media ministries,” Chanmin Chung, who has been involved in the research and reorganization process, noted.

“With those initial steps, we saw an immediate response to some new things we tried,” McEdward said. “We realized by integrating, we not only could reach more young people like Ahmad, but we could also help them grow. So we have followed that leading.”

The pandemic has also highlighted the importance of coordinating all church media. Not only do young people spend hours browsing the internet, but now everybody does.

As a result, major decisions and reorganization have taken place recently within MENAUM to form the Trans-Media Group (TNG) MENA under the management of Chung.

Chung said he has been inspired by the potential. “In the wake of the pandemic, we confirm the value of connecting Ahmad with meaningful, personal Bible study and small group fellowship. But we also understand our part in coordinating online discipleship materials for the group to use, a shelf-worth of Spirit of Prophecy online books for them to read, leadership training, personal inspiration, health information, witness training, and more.”

“I pray that Trans-Media Group MENA further integrates our media so that we can respond to those who are seeking — or just browsing their phones — with a careful sequence of media and materials that will nurture them to become powerful witnesses to their world,” McEdward, who led the strategy group that proposed the formation of TMG MENA, said.

And where is Ahmad now? Today he is a faithful, fully integrated member of a small group. “Now, my new friends and I are on a journey to know the wonderful Jesus,” Ahmad said, anticipating he has more to learn.

His joy is all that’s needed to remind the newly organized TMG MENA of its critical evangelistic role. The leaders pray that one day he won’t need to browse the internet anymore. He’ll be meeting Jesus in-person, face-to-face.

* “Daily time spent surfing the internet on mobile per capita in the Middle East and North Africa from 2012 to 2020,” https://www.statista.com/statistics/1010844/time-spent-on-mobile-internet-middle-east-north-africa/.

News
Adventists Pray for Those Affected by Istanbul Airport Bombings 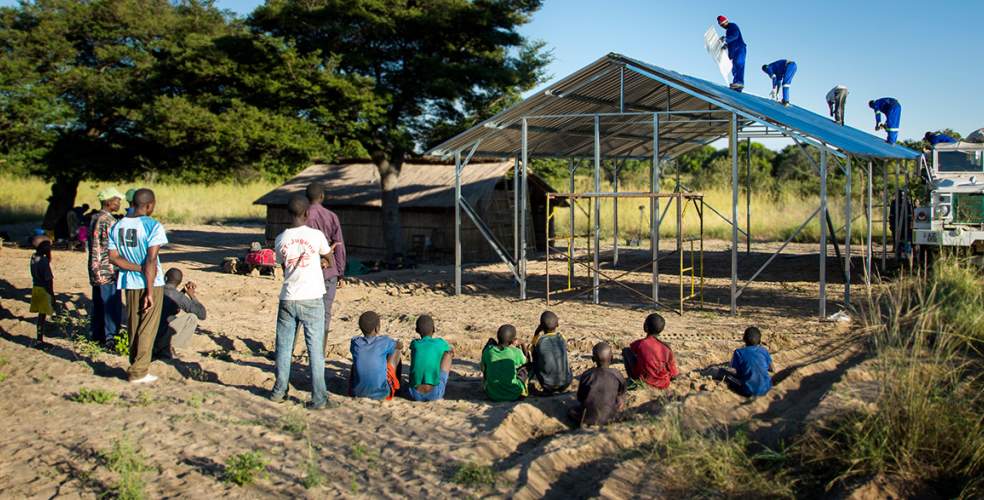