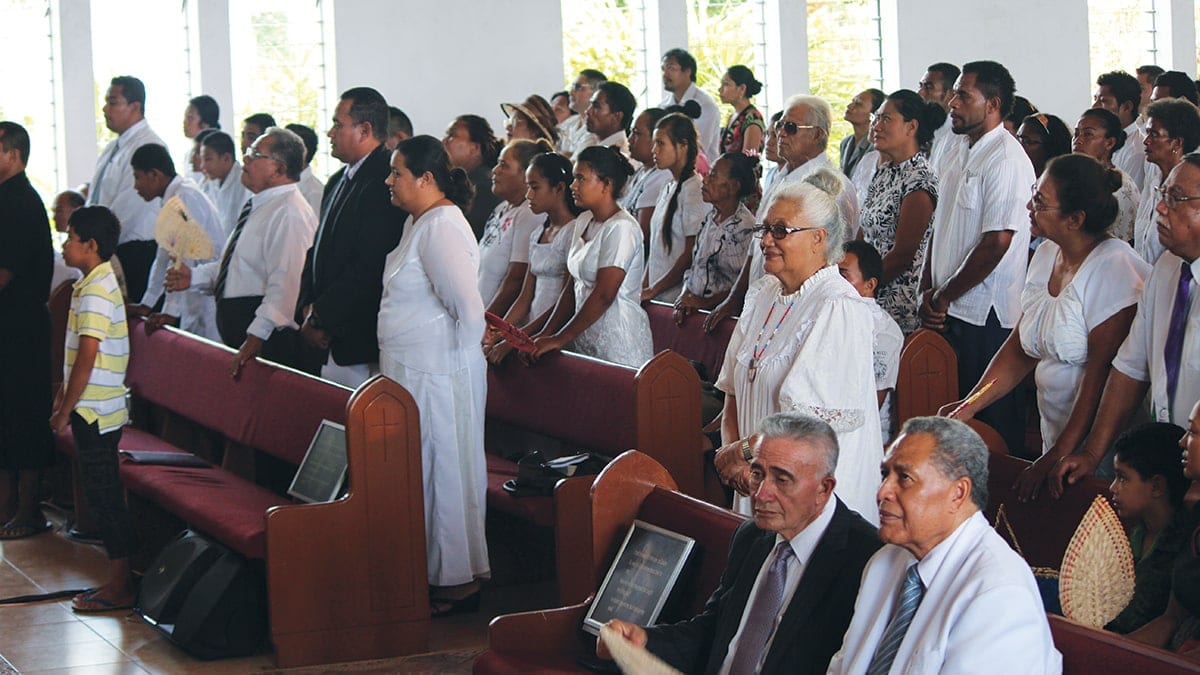 This is an important development in an era of increasing religious intolerance and state-sponsored vilification against faith-based communities. While the constitutional amendment may be favourable to the Seventh-day Adventist Church in Samoa as a Christian denomination, there is a greater need to understand the impetus for such a development and its potential ramifications for other religions to which we are called to minister.

Samoa refers to Christianity in the preamble of its Constitution, by calling for Samoa’s Government to conduct itself “within the limits prescribed by God’s commandments” and for its societal values to be “based on Christian principles.” Almost all Pacific Island countries, except Fiji, have adopted some acknowledgment of “God” and “Christianity” in the preamble of their constitution.

This practice of “Christianizing the constitution” has been a common feature in many post-colonial constitutions throughout “Christendom.” Some have viewed it as a buffer against the intrusion of modernity and secularism. But this act of Christianizing is typically symbolic and restricted only to the preamble, which, on its own, is generally not an enforceable part of a constitution.

But Samoa intends to go further. Prime Minister Tuilaepa Sailele Malielegaoi has argued that because the preamble is not part of the Constitution, the reference to Samoa as a Christian country “does not stand in court” so it must be “included in the body of the Constitution.”

This implies that the declaration of Christianity should not only be symbolic but also have direct constitutional impetus, which in turn, may allow the parliament to impose restrictions on certain religions or religious practices that are not Christian.

According to Samoa’s Attorney General Lemalu Hermann Retzlaff, the amendment “will enshrine Christianity from within the body of the Constitution which effectively provides a legal definition of the State’s religion.”This may be problematic on two counts. First, having an official “state religion” could mean the exclusion or alienation of other religions. Second, it could amount to a form of theocracy. Ever since Britain’s Glorious Revolution in the 17th century, the separation of church and state has taken a firm foothold in almost all democracies. Samoa’s attempt may blur this distinction and affect the right to freedom of religion and equal treatment.

The right to religious freedom and non-discrimination is a cornerstone of modern democracy. In Australia, it is expressly protected in the Constitution.In the United States, Federal courts have consistently ruled that executive orders restricting the travel of people from certain Muslim countries were unconstitutional.

Samoa’s Muslim community has raised similar concerns regarding the proposed amendment. They argue that it is an attempt to isolate the Islamic religion. A similar push for anti-Muslim policies is quietly present in Papua New Guinea (PNG) amidst the growing number of Muslim converts in that country. But the fear of an Islamic revolt appears to be influenced more by what is going on around the world than by any actual Islamic extremism in Samoa or PNG.

In its defence, Samoa’s current Constitution guarantees the right to religious freedom, including the right “to manifest and propagate” a “religion or belief in worship, teaching, practice and observance.”The Government has argued that this guarantee will not be affected by the amendment to declare Samoa’s state religion as Christianity. But the guarantee is not absolute. There are instances where the Government can impose restrictions on the exercise of this right and that includes on reasons of “national security, morals, or for protecting the rights and freedom of others”.

It is feared that having a constitutionally-based declaration of Christianity as the State’s religion will legitimize Christian morals and practices and that could provide the legal premises to restrict other religions whose values and beliefs may appear contrary.

An original version of this story first appeared on the Adventist Record website.