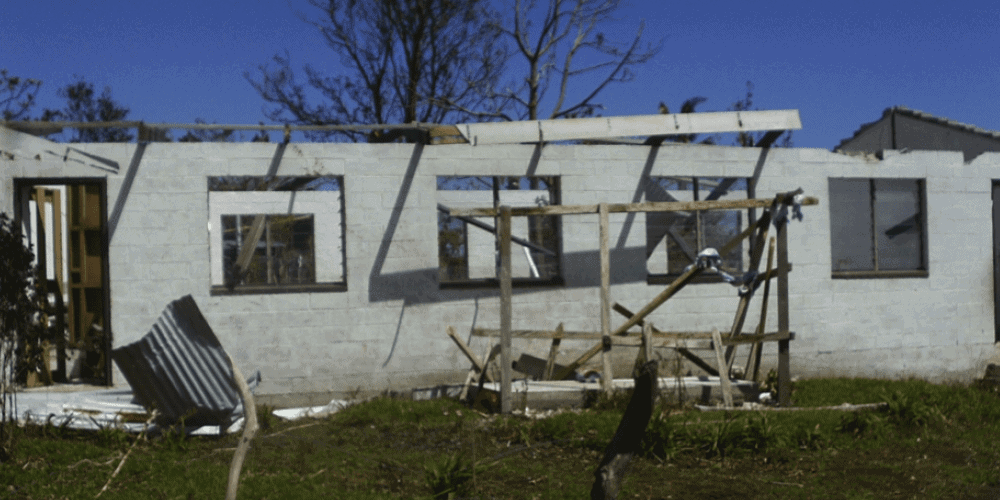 The number of Seventh-day Adventist churches destroyed by Tropical Cyclone Pam has risen from 18 to 53 as church leaders count the cost of the March 14 storm on the South Pacific island nation of Vanuatu.

In addition, multiple buildings were destroyed at six Adventist schools, and hundreds of church members lost their homes, including 20 pastors and 100 teachers.

Tithes and offerings will be significantly reduced for some time because 80 percent to 90 percent of church members are subsistence farmers who operate on a cash crop economy. For many, their crops and livelihoods have been wiped out and are expected to take some time to recover.

“Many churches, both permanent, semi-permanent and temporary, have all been destroyed — some partly, some complete destruction,” said Nos Terry Mailalong, president of the Adventist Church’s Vanuatu Mission.

While the government may provide support to rebuild the schools and agencies like ADRA are working to keep people fed and sheltered, there is no money to rebuild the churches that have been destroyed.

The Vanuatu Mission only had insurance for its head office in the local capital, Port Vila.

Adventist Church leaders around the Pacific are calling for prayer and support for the church in Vanuatu as it starts to rebuild.

“We would need our brothers and sisters to help to rebuild our churches and schools at least, not to mention our homes,” Terry said. “The extent of the damage is beyond our capabilities.”

Pastors through the ministerial associations of the South Pacific Division and Australian Union Conference are helping provide Bibles and books for those pastors who have lost their resources and Adventist schools throughout Australia are hoping to do the same for teachers and schools.

A special fund, held in trust by the South Pacific Division, is being set up to help with the reconstruction of Adventist churches and schools that have been damaged. These donations will not be tax deductible and can be made through the Adventist eGIVING website under the option labeled “Vanuatu Cyclone Pam Assistance.”

ADRA also has established a Vanuatu Disaster fund, but money donated to this fund will be used to support ADRA projects throughout Vanuatu and not to rebuild churches.