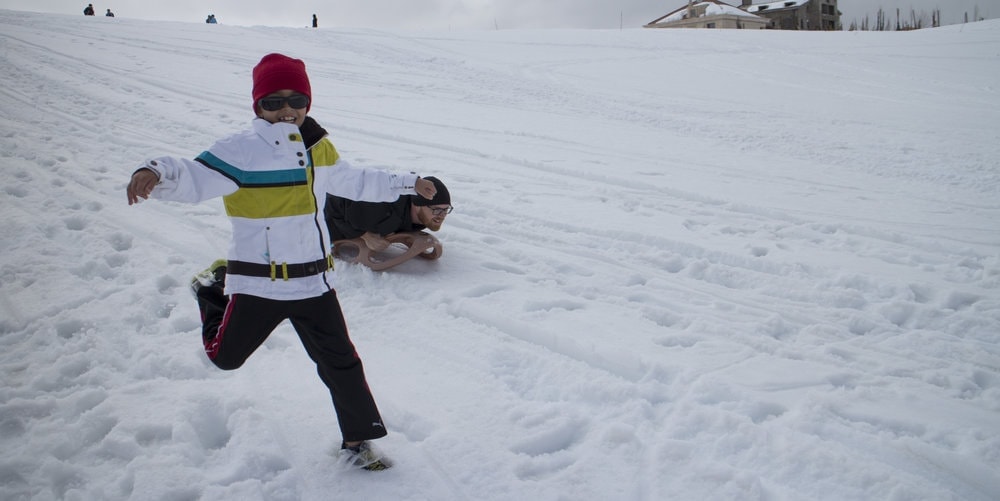 Seventeen South American families have arrived in the Middle East as part of an unprecedented effort to share Jesus in a region where Seventh-day Adventists have struggled to make headway.

The families are currently undergoing a three-week orientation course in Lebanon that included the cultural shock of learning that the vast, desert region also boasts snowy mountains — and the opportunity to build snowmen.

Paulo, a missionary and father from South America, said an outing to northern Lebanon this week reshaped his views of the Middle East.

“When we thought about the Middle East before, it was only about the desert and dangerous places,” said Paulo, who like the other South American missionaries is only being identified by first name in this article to avoid inadvertently hindering their work in a sensitive region.

“We heard that we should be careful everywhere we went because we might become dehydrated or get kidnapped,” he said.

Such fears are among the reasons that the Adventist Church has faced major barriers for more than a century in its mission to proclaim Jesus’ soon coming in the Middle East and North Africa Union. The region is part of the so-called 10/40 Window, populated by two-thirds of the world’s people but only 1 percent Christian.

Halfway around the world, the church’s South American Division decided last year to try to make a difference by sponsoring 17 missionary families, who have a variety of professional backgrounds.

The families, after gaining practical knowledge about the culture, language, and diverse approaches of the region during the orientation course, will scatter across the Middle East and North Africa to begin five-year terms.

The families expressed surprise at seeing the graceful Lebanese cedars, which are mentioned in the Bible several times, standing on snowy hills amid white-peaked mountains. Children and adults alike frolicked in the snow, riding on toboggans and making snowmen.

Paulo said he and his family had a different view of the mission field after the excursion.

“We have a more open mind after this trip,” he said. “I will try to think about what I can do for people without any psychological barriers.”

Homer Trecartin, president of the Middle East and North Africa Union, said stereotypes about terrorism, ongoing regional conflicts, and even the climate have hindered mission work.

“Even sincere Adventists are afraid to come here to help because of the fixed images on the Middle East and North Africa,” he said.

Although still in training, the missionaries have already inspired a number of Lebanese Adventists with their appearance at Sabbath services last weekend.

“It is touching to see people who are willing to come despite the war and all these troubles going on,” said Elizabeth Atamian, a member of the Middle East University church near Beirut.

Raja Farah, the church’s senior pastor and a professor at the university, said he hoped church members would be inspired to share their faith more actively.

“When you have people from a different part of the world coming here to serve, that motivates our church members to realize that we also need to do something,” he said.

The Sabbath school lesson study was held in several languages, including Portuguese, Spanish, Arabic, and English, and the Spanish-speaking visitors sang a song before the sermon.

“We were hugged and welcomed by everyone here,” said Giselle, a missionary. “People greeted all of us warmly. They are concerned about our wellbeing.”

Trecartin, the union president, preached a sermon in which he encouraged both the 17 families and the local church members to pray for God to open their eyes to opportunities to share His love.

“Don’t get discouraged if everything around you seems frozen and cold,” he said. “Snow can’t hold earth frozen forever. The flowers of His kingdom will come through.”

Profile
One Day Online, One Day In-Person in the Digital Middle East
Integrating every church media platform to impact lives across the region.
News
Adventist Sworn In as Kenya’s Top Judge