Life contains both pleasure and pain. 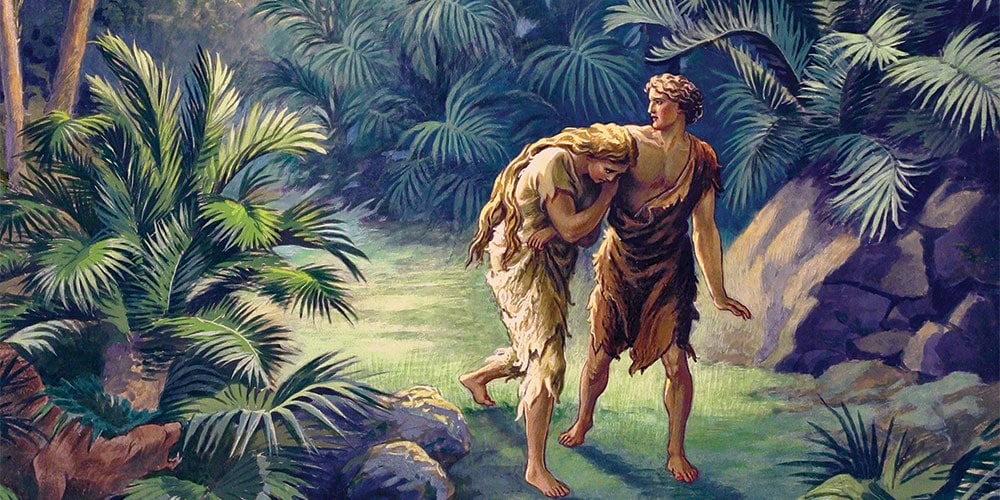 Four days ago, September 4, 2016, I buried my kid brother. Now his four children are orphans—their mom died suddenly about eight years ago. But it wasn’t supposed to be like that at all. In the beginning, when God made all things very well (Gen. 1:31), there was no grief and death and loss. There was no grief in the garden, only oblique intimations of it. Messengers from glory talked with Earth’s two people about it as related to the realm of things to abstain from and places, and an enemy, to be avoided.1 They simply didn’t need either the tree or the enemy. There was so much else to do.

For example, there was gratitude. Every day for them was Thanksgiving Day. However little they understood about grief, they could not be more effusive in, and about, gratitude. They could invest themselves forever in pouring out gratitude to the Lord God (Gen. 2:7-9, 15-23). Their gratitude was for life—this mystery of self-and-other-consciousness with which He had honored them. Everything every day joined them in thanksgiving; all of which inspired ever more thanksgiving, as they considered the scope of the dominion that the Lord God insisted they should have. He too had warned them about grief.

They knew they hadn’t grasped it all completely. What was clear from His counsel was that grief was not necessary, that they missed nothing by not knowing it, and would gain nothing profitable by coming to experience it. As they came to self-awareness, He had insisted, against a multitude of arguments on their inexperience, unfamiliarity, and youth, that they would do fine in the gorgeous garden He had made for them.

They thanked Him for allowing them some time to embrace and fathom and rightly serve their floral home and all its denizens that He said were under their care. They could not understand why He had, as He said, put all these things “under their feet” (see Ps. 8:6): every infinitesimal mote floating on a sunbeam and every humongous creature of the woods or the deep, He said, was theirs to love, care for, and manage for Him. They tried to convince Him that His managerial plan, with them as chief stewards, would come to grief. But He almost laughed them off, almost but not entirely.

He told them that they had no idea what grief meant. But when He said it, He was only half kidding. They could see that there was more to grief, more than He could nonchalantly shrug off. They understood that grief, whatever it really was, did not comport with His world—the one He gave them to dominate with service—in any way. It belonged to the same company as the enemy, Satan, and the certain death that would come from eating the forbidden fruit. A longing love for them showed in His eyes when He looked at them and mentioned “grief,” or “sorrow,” or any of the words that were part of that idea that they neither understood nor needed. It made everything seem more solemn than before.

The God-gifted reality of existence they enjoyed was a paradox of unlimited freedom within a context of unimprovable stipulations: there was food, and times to savor it; there was work, and times to revel in it; there was fellowship with God, and particular seasons for celebrating it—the cool of evening to evening, or the delectable warmth of the entire seventh day of every week. There was so much easy order about life that spontaneous joy seemed to erupt at every other moment. Even the birds sang happy songs.2

One day something surprising happened that should not have surprised them at all. After all, they had already been told to avoid the tree with the long name. If they ate its fruit, they would die. Whatever that meant, it would be something very different, too different, from their current living. They could see that deeply caring look in His eloquent eyes when He mentioned dying, the same one they had seen when He only half-laughed at their mention of grief. Those were the times His love for them felt stronger than ever—times He counseled about the tree or warned about the enemy. The tree was their test of loyalty, showing how much they loved the Lord God. The loyalty test would be only for a limited period, after which the enemy wouldn’t be able to reach them at all.3

Satan could not predict God’s awesome, instant, and unfathomable response to the grief he brought to heaven.

The unsurprising surprise came to Eve one day as she was training grapevines, smiling back at a great bank of sunflowers, and teaching two roosters to fly. Something seemed to say, Go find Adam, a fleeting thought that her maturity could not encourage: she was a smart enough woman. Moreover, an esthetically gratifying scene was unfolding before her: the splendid fruit of this much-ignored tree; the marvelous voice of that wisest of creatures, the serpent—both wise and dazzling; the subtle compliments about “her surpassing loveliness”;4 the intellectually stimulating question about the actual rules governing her relation to this particular tree.

It was all so invitingly sophisticated. The snake’s reputation for brilliance was well earned. He could speak. And what excitement his conversation engendered! He alluded to the value of testing boundaries and challenging established facts; minds grew when they explored; God’s intelligent creation was designed so their possessors could range and wander without lifting a leg; that was the true freedom—liberation to probe old ground and discover new truth, to acknowledge the independence of the individual self by defying long-standing authority and proposing fresh answers to familiar questions. He said such provocative things that if he had been the enemy she would have sped away from his revolutionary suggestions. But he was not the enemy. He was just one very smart snake.5

Beguiled and excited, Eve followed his directions, accepted the fruit he offered, and felt the lift of spirits he had told her would follow as she ate. But how many hands does a snake have? She could not think that clearly. She was caught up in magic, deceived to the core, enough to become his agent for reeling her husband in on the bait of forbidden fruit, and helping the enemy realize his goal, viz., to “cause grief in heaven”6 by inveigling the man and woman into sin.

The enemy knew all along that his success in deception would affect everything. The effects of sin on earth would not be limited to the ones who committed it. Its damage would show across the cosmos: extremes of temperature, fading flowers, falling leaves. Its blight would endure through all the ages of life on earth.

I write this four days after laying my brother’s remains in the ground. It is the consequence of the enemy’s success, so broad in the tragedy of its consequence that no single example or sheaf of examples of earth’s pain and anguish is enough to illustrate: no example, that is, but heaven’s response to the grief it brought there.

For Satan could not predict God’s awesome, instant, and unfathomable response to the grief he brought to heaven. He gagged when he heard it: God would undermine his evil by forever uniting heaven’s grief to the songs of gratitude that would spring from heaven’s response. By God’s genius of love, sinners brought to grief by the devil will sing praise to the God who would bear that grief Himself, and carry our sorrows (see Isa. 53:4, 10), so that we, in exchange, might have life again.

God would give a seed to the woman that would crush the enemy’s head and destroy his works (Gen. 3:15; 1 John 3:8). Satan could never know that every shameful crime to which he would drag the human race would draw out sweeter chords of gratitude from our hearts in response to the love that God would show. Because his soul is already too hardened to recall God’s long-suffering toward him, he could not know that wherever he succeeded in making sin abound, God would answer in having grace much more abound (Rom. 5:20). He could not imagine, so blinded has long rebellion made him, that his ultimate crime in murdering the Son of God, the woman’s God-sent Seed, would make of the cross of Calvary the science and song of the redeemed of the ages,7 the focus of greatest intellectual fascination and exercise, and the ultimate thrill of all celestial and new earth literary and poetic creativity. That holy Seed would swallow up the griefs of all the ages into Himself and banish it to hell so that whosoever believes in Him would escape grief’s doom to become a hymn singer, a voice of gratitude that would never be silenced.

Satan could not look down the ages and see how the grief he wrought to the heart of God and the center of the universe would become the key in which sinners, first lost, then found, would sing their mightiest choruses of thanks: for the lower that sinners fall, the further that God reaches down; the greater our shame, the clearer the revelation of the divine character; the deeper He reaches down for us, the higher our praise when He lifts us up! Satan could not see that, in such a sequence, the greater his cruelty, the more telling his grief, the more powerful the lesson of trust for God’s children, until faith would teach them to give thanks “in everything” (see 1 Thess. 5:18, NKJV; see also Eph. 5:20; Phil. 4:6; Heb. 13:15).8

Satan could not know, when he made humanity sin, and exulted because he had brought grief to heaven, how God’s love gift of His Son would conquer all, as the Son’s gift of Himself (see John 3:16; Gal. 1:4; 1 Tim. 2:6; Titus 2:14) would save those he had brought down to wretchedness. He would not know that forever thereafter every song of grief would be but the feeblest stanza of lyrics of gratitude that the saved will shout and sing to God’s honor and glory when time shall be no more!