Crypto and the Hidden Kingdom

Bitcoin and the gospel. 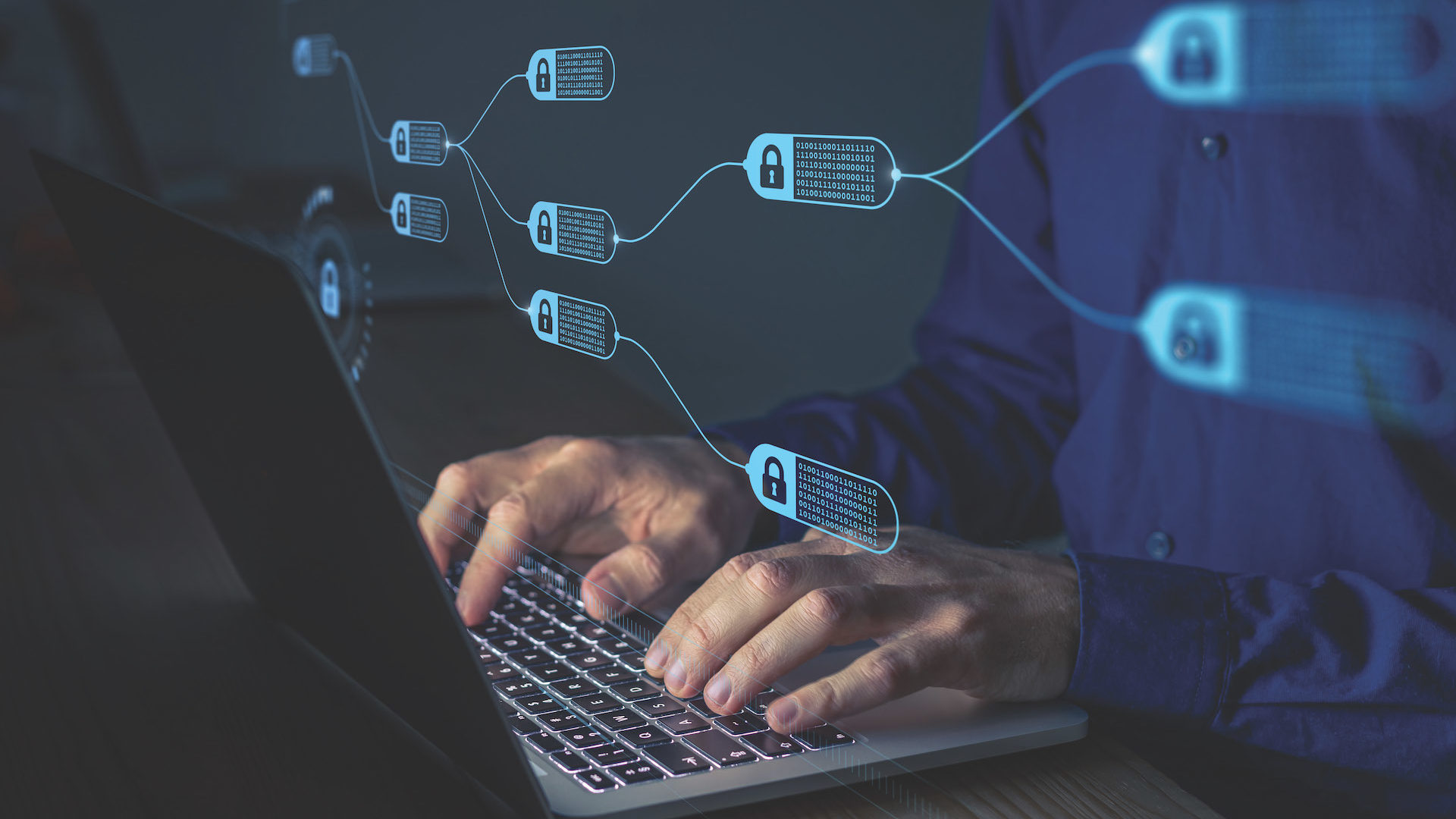 What do you think about an NFT as a birthday gift?

Just about everyone over 50 years of age is saying, “A what?”

You know, a non-fungible token.

What’s That? And So What?

An NFT is a unique and noninterchangeable unit of data stored on a blockchain (digital ledger). Still not clear?

You may remember Napster back in the 1990s, an Internet site that shared music by allowing anyone to download music files onto their MP3 player. (All readers under 20 years of age just said, “A what?” It’s like an iPod but, like, really bad). Once music went digital, it was easy to share to the world with a mouse click. The downside—and the illegal part—was that most files were pirated, which means stolen.

Today we send millions of files of every kind all over the world. But what if there were a system that protected digital assets from being pirated, kept track of who owned what digital file, and showed where it’s been transferred to? Sounds impossible, right? Well, not so much anymore.

Enter blockchain, a distributed ledger system that allows everyone to keep track of digital assets: who owns what, and what transactions have been made with it. Most have heard of Bitcoin, a digital currency built on a blockchain platform. Now that I’ve mentioned Bitcoin, you’ll find yourself in one of three groups: (1) the Bitcoin maximalists, who are ardent Bitcoin believers and evangelists; (2) the no-coiners, those who can’t understand why anyone would put their hard-earned dollar into such a crazy idea; and (3) everyone else—those who are still trying to figure out what all the fuss is about. Full disclosure: I’m in group 3.

Whether it’s Bitcoin, Ethereum, or one of hundreds of other “coins” (the preferred name for cryptocurrencies by their proponents), the new technology is attractive because it levels the playing field in finance and offers potentially large gains for participants. Of course, that’s assuming you are part of group 1 above. It’s like banking without the bank fees, transactions without the tracking, and savings without the intervention of central banks. Each of these coins represents a community of users and believers. The coins work and gain value as more people join their network.

A small example of the power of this network effect is Dogecoin, a cryptocurrency that was set up as a joke. People wanted to be in on the joke and started to join the network. In fact, so many joined in on the Dogecoin joke that it caught the attention of a major sports team, the Dallas Mavericks of the National Basketball Association. The Mavericks made their merchandise purchasable with Dogecoin. Boom? The joke become a real medium of transaction and has gained more than 5,200 percent in price during the past year. Just to be clear, I’m not recommending Dogecoin or giving investment advice here.

The no-coiners scoff at the idea of crypto as something hatched in the dark mind of a computer hacker to be used by groups of renegades and criminals. It’s not for reputable, experienced investors, they have decided. Yet it’s becoming hard to ignore the fact that $2 trillion in various coins are now in “existence,” and these networks are growing at an exponential rate. The rate of growth of these platforms now surpasses the speed at which the Internet and the World Wide Web were adopted.

Young, Hungry, and Ready for the New

Younger generations are more open to not only embracing this new technology but to eager participation in the digital economy, where the old ways are replaced by new ideas and technology that facilitates them. Young adults seem to understand that the systems that allowed their parents to prosper as middle-class, affluent asset owners won’t be so generous to them. They recognize the current world as a place where brokers and bankers, the functional and financial intermediaries, have siphoned much of the wealth out of the system for decades into the future, leaving bleak prospects for those without hard assets.

Many people are thus looking to cryptocurrency, decentralized finance, and tokenized assets as a more viable option. They see their future in Bitcoin, Ether, smart contracts, NFTs, and Web 3.0, which will radically change how we transact—and how we decide what’s considered valuable. The new technology and ideology will bypass the old financial systems and allow coming generations to circumvent the mountains of debt incurred by previous generations.

In this new digital world the old borders are removed. The structures of national borders and national currencies are replaced by communities of participants. This provides access to financial services that were difficult for some segments of the population to acquire. There’s a belief in a network effect of these new digital assets as users grow exponentially—according to what’s called Metcalfe’s Law. The value of these networks will be realized only in the years to come, but there’s a growing belief in their accumulating power. As viewed by advocates of cryptocurrencies, the “old guard” is still desperately holding on to its “hard assets” and doesn’t understand the value of a currency that seems to be created out of nothing but computer code. Ironically, this is notwithstanding the reality that investments in the stock markets and housing are skyrocketing because central banks are printing money “out of thin air.”

We’ve all heard that the definition of insanity is doing the same thing over and over and expecting a different result. Perhaps younger generations understand this and see the insanity of the current economic systems. Perhaps they intrinsically have more faith in their own energy, ingenuity, creativity, and community. Perhaps this is the true core of any economy anyway: the energy and dedication of the people who work in the economy, not those who hold “ownership rights” to the profits. Maybe they’ve come to understand that something is valuable only when enough people believe it’s valuable.

We’re headed for a collision between old and the new systems of money, finance, and transaction. How things will play out is yet to be seen, but it would be shortsighted to dismiss the new ideas and technologies when a very large cohort of generations is embracing it. They favor a more egalitarian world over an opportunistic, winners-and-losers approach. Maybe it signals a shift from the Protestant ethic and the spirit of capitalism, which has created enormous wealth for many historically Protestant nations but left entire continents behind, with little chance of ever catching up. Perhaps now that the children of that work ethic also face a bleak future, the handwriting is on the wall.

As these enormous tectonic shifts take place in the bedrock of modern economies, it’s grounding—and reassuring—to remember the incarnation of Jesus. More powerful than even the most media-hyped NFT, a societal revolution began with the birth of Jesus. Jesus came to the world to tear down the old foundations and build a new kingdom. Believers ought to study how such profound transitions of eras unfold.

Bitcoin is certainly not to be equated with the gospel, but both realities hold out the promise of something better to people who have little, a community of believers for the disenfranchised, and opportunities for those without hope.

Jesus couldn’t have sent a stronger message to our world today than by His choice to become a poor peasant from an undesirable town, born under a cloud of impropriety, living in a nation under siege. He didn’t choose to come as part of the wealthy old guard, but was fully embedded as a member of the new kingdom He was revealing. The old ways of doing things had yielded in casteism, elitism, and division. The poor were downtrodden in this world, with little hope for salvation into the next. Jesus completely rejected that “higher” class, condemning their materialism, hypocrisy, and lack of compassion.

When Jesus walked this earth, He didn’t go about to “change the world,” at least in the customary ways. He walked with a small group of men and women to help them see this new kingdom. He shared His joy, energy, and enthusiasm to build a new community of faith. He offered a new way of valuing people, their actions and intentions. This small community of believers was to become the evangelists for His kingdom. And when these 120 people caught the vision and received the power of the Spirit, they set the world on fire with a power never before seen.

The gospel proclaimed by Christ to people without hope had enormous power, and the message went viral. That same message proclaimed today may also have tremendous impact. Not because the language employed is different, but because, once again, there are actions that match the words. In the twilight of our economic era, actions of generosity, compassion, and care for our community are a stark differentiator. In Jesus, people saw a Son of David. Jesus acted with the authority, dignity, and benevolence of a king, in contrast to earthly rulers.

What if the world saw in us a son, a daughter, of the King, a joint heir with Christ, who breathes the air of royalty? As one who has a seat at the table, and not as those fighting for the scraps that fall from it? What if we actually believed we have already received the inheritance as a son or daughter? Would we continue our strivings for material wealth? Would it change the way we treat each other? In spite of the chaos, strife, corruption, and injustice in the world, would we find peace and joy? Would we become a beacon in a dark world that attracts those groping in the shadows?

Jesus came to this earth near the point of failure of the old Hebrew social and economic systems. He used the failure of those systems as leverage to usher in His new kingdom. The dichotomy revealed to many the real virtues of God’s principles. It’s fitting that His return seems near as we approach the point of failure of our current capitalist system. While the old guard desperately tries to maintain this system, new generations are looking eagerly for change.

Young adults are turning to Bitcoin and other cryptocurrencies, where they see the promise of something better. They are building communities and systems that seek to break down barriers and provide fresh approaches. They eagerly embrace change because they see the current system as broken. Inspired by a new world of potential and optimism, they evangelize, while others who see the system as a zero-sum game tend to hoard and protect. It’s not yet clear whether this new currency will work; whether this blockchain revolution succeeds; but the energy driving the idea is palpable. The objectives and goals of this movement, of creating a fairer world with more opportunities for everyone, is one many are embracing.

Why It Worked and Still Works

People of all ages, cultures, status, and religions flocked to Jesus as they heard the promise of something better. Jesus proclaimed the good news of the kingdom of heaven that broke down the barriers in His era—and every era. He revealed the transformational power of catching a glimpse of that new world. Once you see it, you can’t unsee it. That glimpse changes you when you encounter it.

The power of this kingdom is real. It transcends all the power, position, and money our culture believes is crucial. Kindness knows no status. Real joy has no price tag. Peace in our hearts is more powerful than an army. According to the Word of God, citizens of the kingdom of heaven will inaugurate a new era in a final glorious display of the principles of His kingdom.

Tim Aka is an associate treasurer and director of investments for the General Conference of Seventh-day Adventists in Silver Spring, Maryland, United States.

Closer Look
Dirty Work
“The powerless must do their own dirty work. The powerful have it done for them.”
Magazine Article
Bridging the Gap
Bridges sometimes appear in unexpected forms.