A Playground and a Battlefield for Souls You will witness the world’s largest single sheet of falling water if you follow the meandering Zambezi River through southern Africa to Victoria Falls, where a perpetual rainbow creates a spectacular wonder of the world.

You will feel Africa if you go on safari in Botswana or Malawi, or if you opt for an adventure in the last untouched rain forests of Madagascar.

When you breathe in the fresh air atop Table Mountain in South Africa, you will exclaim: “ ‘In the beginning God created the heavens and the earth!’ ”

In the midst of such breathtaking beauty live a people who long to connect with God, their Creator.

This is Africa: a playground and a battlefield for souls.

God’s key instrument in this cosmic struggle are the 3,346,372 members of the Seventh-day Adventist Church in the Southern Africa-Indian Ocean Division. Here are some of their stories.

Rima is 6, and has diligently preached the gospel in Madagascar for the past two years. Armed with the Bible, blessed with a good memory, and encouraged by his mother, Rima stands tall as he preaches the Word.

The Southern Africa-Indian Ocean Division offers regular preaching seminars for children, allowing them to sharpen their calling and to be equipped with homiletic skills. 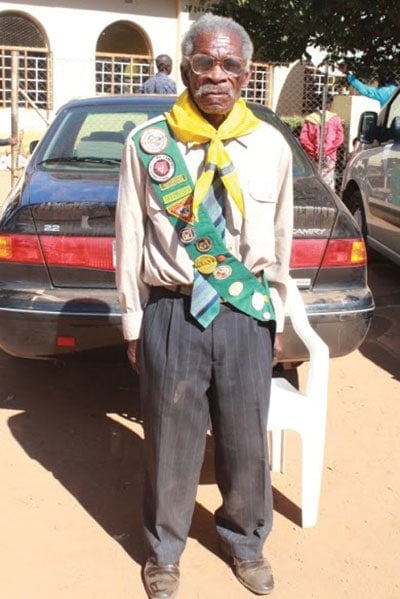 Child preachers are a growing phenomenon in the division, but church members of all ages are sharing Jesus.

Three years ago Jato Mailose Sibanda was perhaps the continent’s most active centenarian. Although he has slowed down a little, Sibanda at the age of 113 is now the world’s oldest active Pathfinder and Adventist preacher. Advocating a vegetarian diet, regular exercise, a good attitude, and constant trust in the Word of God, he is inspiring a deeper commitment for the three angels’ messages in the hearts of young and old.

But the work of spreading the gospel is dependent on lay members. The division has only 1,552 pastors for its 9,992 churches and 13,068 companies and groups.

Church membership has grown rapidly in the division as lay members lead.

Every new member immediately becomes a soul winner, a participant of the division’s Fishers of Man program that trains them to become disciples who lead others to Jesus.

Among the new soul winners is N. K. Kerk, a former ordained minister in the Dutch Reformed Church, now an Adventist evangelist. His decision to fully accept the biblical truths as taught by the Adventist Church testifies to the power of the Word of God and the persuasive influence of the Holy Spirit.

Our church members embrace Adventist Church cofounder Ellen G. White’s statement in
Steps to Christ: “There is nothing more calculated to strengthen the intellect than the study of the Scriptures.”* For this reason, the division has fully embraced Revived by His Word, the daily Bible reading plan from the General Conference.

It is Christ’s method of meeting people at their point of need that motivates volunteer and self-sponsored youth groups to organize themselves into mission groups at home and beyond. Using their gifts and talents to the glory of God, young people are inspiring other young people to surrender to Christ through the gift of music on the streets, in airports, in stadiums, and at special events.

A division-wide growth in initiatives and participation is linked to division leaders’ vision casting and consistent efforts to develop leadership. We organize an annual leadership summit that exposes church members to an international group of God-fearing leaders and helps them ensure that their work accomplishes the mission of the church. On a grassroots level, training is ongoing in every church ministry. Spirit-filled men and women are training and being trained in God’s service. 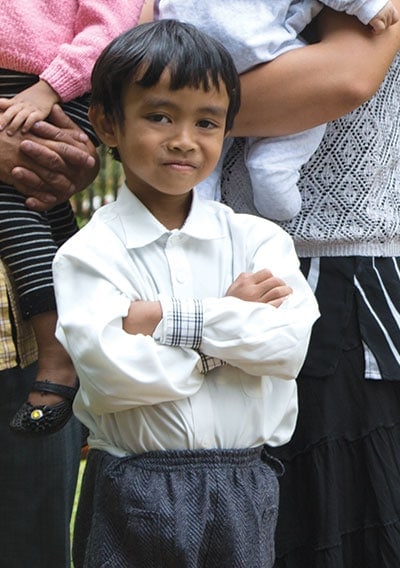 Rima is 6 and has diligently preached the gospel in Madagascar for the past two years.
SID

Historically, Adventist education has been the channel through which church pioneers spread the gospel. The tradition continues in the Southern Africa-Indian Ocean Division. With 149 high schools, 249 grade schools, and 12 institutions of higher learning, the spirit of Adventist education is alive and well. As young people graduate from our institutions and enter the job market, government and business leaders recognize the unique contribution that Adventist education is making to improve local communities, further raising the credibility of the church.

As the church in this region grows, the need for more church buildings is also growing. We are indebted to Maranatha Volunteers International and other ministry partners, such as Lightbearers International and Remnant Publications, for their consistent investment in the growth of the division. Maranatha has completed 3.995 projects, including 2,797 churches.

We have 3,955 literature evangelists sharing Jesus through the printed page.

From books to digital media, the division is employing every means to spread the gospel.

SIDMedia, located in Cape Town, South Africa, produces a variety of creative programs for Hope Channel to meet the spiritual needs of people who can be reached only through modern technology.

Since January 1, 2015, Hope Channel Zambia has been broadcasting 24 hours a day, bringing hope and blessings to Zambians and others through powerful, Bible-based messages and inspirational music. Hope Channel Malawi was officially launched on February 15, 2015, and also broadcasts around the clock.

In hard-to-reach villages in Madagascar, Zambia, Malawi, Mozambique, and Namibia, Adventist World Radio is making a significant difference through solar-powered or hand-cranked radios that it supplies.

During this quinquennium Africa lost one of its greatest leaders, Nelson Mandela. We acknowledge and pay tribute to the role that he played in the struggle for democracy in South Africa.

At the same time, as a church we place a high value on a key part of democracy—religious freedom—and have been proactive in engaging national and political leaders in every country on our territory. In Botswana, Gaborone mayor Haskins Nkaigwa recently affirmed the Adventist health message after attending a health seminar.

We campaign regularly against the abuse of women and children, showing that the church is committed to the protection and well-being of the vulnerable. Our friends and neighbors are looking at Adventists as role models of destigmatization against those who live with HIV/AIDS and are applauding our biblical position of abstinence before marriage. Adventists living with HIV/AIDS are leading the way in encouraging others to know their status by testing, thereby receiving treatment and improving the quality of life.

We believe that everybody—no matter who they are, what they do, or where they’re from—deserves the opportunity to live a fulfilling and meaningful life. As Christians, that’s what we’ve been called to do. Therefore no one is left out of ADRA’s reach in the division. Since 1964 the Meals on Wheels community service has been inspiring hope and sharing love with every meal served. Reaching out to destitute and vulnerable elderly people and children, the church-owned agency operates 512 volunteer-driven service centers throughout southern Africa. Millions of meals are served every year.

The Southern Africa-Indian Ocean Division is a territory that God’s finger has touched with breathtaking views and unbelievable natural phenomena. But the Seventh-day Adventist Church in this region is consistently demonstrating that the most precious jewels of Africa are not the waterfalls, diamonds, or nature, but the people, for whom Christ died.