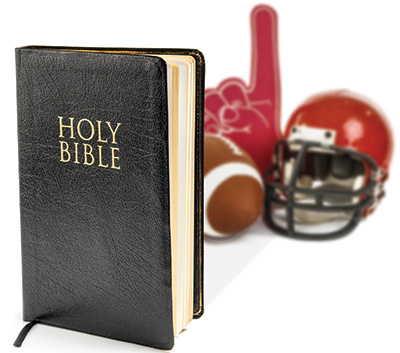 Amanda is a member of a suburban Seventh-day Adventist church. It’s Sabbath afternoon, and she’s stretched out on her living room couch reading the Adventist Review. In the background, her husband, Kevin, watches an international golf tournament on television. She sits with her back to the screen, aware of who is winning because of Kevin’s occasional comments. But she stays immersed in her reading despite the continuous chatter of the sports announcer. This is a typical after-church Sabbath for Amanda.

Ironically, she is reading an article on Sabbathkeeping. She finds it both amusing and frustrating, because most of the advice does not fit her life with Kevin, her unchurched spouse. For 15 years Amanda has attended church alone—one of the many “church widows” in an average North American church. But she has sisters all around the globe.

We don’t know the percentage, but a large number of Adventists are married to nonmembers, and most of them are women. Although the principles presented in this article apply to husbands as well as wives, it will primarily address women. Church researchers tell us that the majority of Adventist members are women, limiting the number of men available for marriage.

For such women Sabbathkeeping is a challenge. It’s most difficult in cultures in which the female is viewed as having less equality in the marriage relationship. She may be subject to the whims and needs of her husband to the point that Sabbath is like any other day. Should she refuse to serve him, her life would be filled with tension, threats, or even abuse. If she is fortunate, she has an understanding partner who allows her to attend church, which in some countries can fill the whole day and provide spiritual fellowship.

Not all religiously divided homes involve spouses. We’ve heard stories of children and youth who became Adventists in spite of uninvolved or even hostile parents and siblings. Their Sabbaths can be especially tough. In many instances their families mistreat them or force them to leave home. These, of course, are the extreme cases. Most converts to Adventism don’t face such overt familial persecution; but almost all religiously split homes will face challenges on the Sabbath that often require some sort of compromise from the ideal.

The Influence of Spiritual Fruits

A Bible text that many Christian spouses cherish is 1 Corinthians 7:14: “For the unbelieving husband is sanctified by the wife, and the unbelieving wife by the husband” (NKJV).1 A caring and loving spouse sanctifies by influence. The fruits of the Holy Spirit act as a witness to God’s character: love, joy, peace, forebearance, gentleness, kindness, faithfulness, and self-control (Gal. 5:22, 23).

These spiritual fruits may sound intimidating because none of us is a perfect human being. Trying to live up to such a high standard can be a burden in an environment of conflicting values. So how do we reach those lofty, life-changing behaviors in a marriage? We can’t do so consistently on a daily basis. It’s always a struggle, and Sabbathkeeping remains one of its biggest tests. The following are some important guidelines for working through these difficult issues that this writer has learned from years of experience:

Make prayer and study of the Word a priority. Prayer opens the mind to the influence of the Holy Spirit, who changes our thoughts and lives in accordance with God’s will. But too often we give in to our selfish desires. When that happens, it’s important to ask for forgiveness before the day ends.

Never nag or try to change the other person. Many homes have broken up because the believer expects her husband to follow her practices and accept her ideas. I remember a friend who married an agnostic and then pressured him to give 10 percent of his salary to her church every Sabbath. Being a kind man, he did so for a time, but such an expectation wore out his patience. Why should he pay to support ideas he didn’t believe in? The same logic applies to the husband’s use of his time. How a believer relates to her spouse on Sabbath can be vital to his appreciation for it in the future.

Linking pleasant memories with Sabbath makes it worth anticipating. Presented as a day for family, children associate it with happiness—and so can spouses. Nature trips offer an enjoyable way to spend Sabbath. But don’t expect the spouse to talk of religion or avoid secular conversation; and don’t scold him for it or any other Sabbath lapse.

Sabbath trips will be remembered by the family, perhaps forever. Consider an occasional whole day. It’s not good, however, to miss church more than a week at a time, except for vacations. Nonattendance can become habitual, and the believing spouse needs church fellowship.

Granted, most entertainment doesn’t fit the goal of a sanctifying Sabbath, but we can still find appropriate, creative, and fun things to do together.

Worship with others and make lasting church friendships. These friends are our support group. Sabbathkeeping can be done in conjunction with other women who attend alone. An evangelist’s wife told me about a group of women in Russia who worship in the apartment of a single woman each Sabbath and spend the whole day. This weekly spiritual retreat avoids the problems of Sabbathkeeping at home (if it doesn’t leave the husband feeling abandoned). Such a practice may not work everywhere, but it does offer a unique alternative.

Don’t argue over religion. It never helps, because it doesn’t change minds; instead, it reinforces individual opinions. This is particularly true on the Sabbath, which can easily become a day associated with confrontation.

Most religiously divided marriages occur between a believer and an unchurched spouse. It’s unusual but not impossible, however, that two strong believers find themselves in an interfaith marriage. When a woman marries a staunch believer of another faith, it’s important that she respect that faith. If she ever expects her husband to attend church with her, she ought to be willing to attend his church.

The couple must make it a point not to argue over differences but emphasize similarities. By praying and studying together, they open their lives to the Holy Spirit. Neither one should insist on a particular interpretation of the Bible unless their partner requests to be part of such a discussion. Remember to listen to each other: we can learn from another’s faith journey.

Understand and discuss in a nonthreatening way an unchurched husband’s reasons for discomfort with organized religion or Christianity. Many do not trust religion because of negative experiences. Perhaps they grew up in a rigid home in which religion was more toxic than helpful; or it could have been a home in which religion was either nonexistent or scorned. Many Jewish husbands have been raised with a distrust of Christianity. I know a Jewish man whose grandmother was forced to convert to Catholicism in prewar Europe, which left him with a dislike for structured religions. We can be knowledgeable of, and sympathetic to, a spouse’s experience with religion, and respect his feelings.

Consider compromise. Compromise is not always negative and is necessary for peace and respect in homes in which husband and wife ha
ve differing beliefs. The Adventist wife must decide what things can and cannot be compromised. We know to avoid tasks identified with the working world for Sabbath to be Sabbath; that generally means not laboring at home or on a job. But there is no overall formula that works for everyone; no one-size-fits-all Sabbathkeeping in these nontraditional homes. The Adventist spouse must prayerfully consider what will work best in her particular situation.

Plan ahead. To arrive home after a joyful time in church among friends who love the Lord can be a letdown on Sabbath. When a wife walks through the door, she may be met by a blaring television and a rush to make lunch. It’s as if the Sabbath has come to an end! But it hasn’t. It’s actually just a prayer away.

Nothing can crush Sabbath joy more quickly than an unprepared response to the day. Many church families plan Sabbath activities on Friday afternoon. The spouse of the unchurched must plan even more carefully. If there are children, it means guiding them to enjoy Sabbath. It becomes a problem when the spouse differs on what children should do, and the believing wife often has to accept the husband’s decision, because she does not parent alone.

Unfortunately, the husband may never feel comfortable with his Adventist wife’s choices for Sabbath, and acceptance of this fact is one of the pains in such a relationship.

As the Amandas of Adventism can tell you, being married to an unchurched husband or someone of a different faith is a lonely road on which one frequently feels isolated. Those who treasure the joy of conversing about faith matters can only imagine what it’s like when such insights are out of bounds. It’s akin to residing in a different dimension from one’s mate; the inability to share spiritual insights and truths is painful—the thing you hold dearest in life cannot be comprehended by the person you love. It’s a situation that causes some to drift away from their church and faith.

Yet, there are instances in which this type of marriage works well. It takes two mature and loving adults who are able to work through their differences on life’s most important relationship—their relationship with God. It may take years, but for those who endure, it’s worth the wait.

It’s all about acceptance, respect, hope, faith, and love—and the greatest of these is love.

Katherine Carey is a pseudonym.