How Would Ellen White Vote?

HE ELECTION season was contentious: candidates hurled ugly charges back and forth, a relatively inexperienced member of Congress from the Midwest was challenging, among others, a veteran politician with military experience. The entire nation was divided over the choices, with heated, partisan media reports boosting one side or another.

In the midst of this, a relatively small Christian community was looking to its leaders for electoral guidance. Should they vote at all? Would so doing harm their witness? The answers were conflicted. On the one hand, an editor of The Advent Review and Sabbath Herald [now the Adventist Review] wrote:
“The political excitement . . . will probably run as high as it has for many years, and we would warn our brethren not to be drawn into it. We are not prepared to prove from the Bible that it would be wrong for a believer in the third [angel’s] message to go in a manner becoming his profession, and cast his vote. We do not recommend this, neither do we oppose. If a brother chooses to vote, we cannot condemn him, and we want the same liberty if we do not.”1
On the other hand, a few short years later—after it turned out that many Adventists had participated in the election that year—an early General Conference session focused its thoughts on politics with this statement: 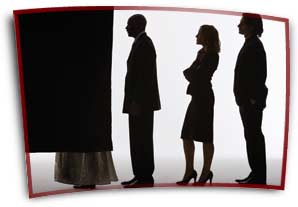 Osborn frames the question of voting in terms of civic duty: “I think that the principles remain the same, that we need to vote, participate in the public process, just as individuals; it’s me rendering to Caesar the things that are Caesar’s. That would apply to other countries as well.”
Today’s Seventh-day Adventist has a rich history from which to view the question of voting, and a wide range of choices. Morgan and Osborn, in separate interviews, agreed with Adventist scholar Roger Coon’s assertion, made in 2003 at a North American religious liberty forum in Williamsburg, Virginia, that there’s nothing in the Bible or Ellen White’s writings that compels believers to vote for one party or another, or to hold conservative or liberal political views.
“Partisanship is one of the key elements here,” Osborn explained. “The need [is] to avoid partisanship. Study the issues, vote for the person and not the party. Study each issue for yourself.”
Morgan also cautions against dogmatic partisan alignment: “To reduce our perspective to those terms . . . takes us off course,” he said.
How involved should Adventists be in politics? That may depend on their representation in a society, says Andrews University’s Land.
“If you contrast Adventists in the United States with those in a number of other countries—the Caribbean, the South Pacific, and Africa—Adventists are more active in other places than in the United States, holding high positions of various kinds,” Land noted. “In the U.S., Adventists are such a small minority that we’re reluctant to participate in the larger societal activities. [But] if you’re 20 or 30 percent of the population, you almost by necessity have to be involved.”
His advice: “I would encourage people to be involved in various ways, even to the extent of being a candidate, because I believe that as citizens they have a responsibility for helping society. I think our moral values affect social positions; ideas such as justice are fundamentally grounded in moral values formed by a Christian outlook. I certainly would encourage people to vote and be more active if they feel a need to. One’s principles should guide the way that one campaigns, or works for a candidate.”
Indeed, Ellen White’s counsel anticipated Land’s position. In Education, she wrote: “Many a lad of today, growing up as did Daniel in his Judean home, studying God’s word and His works, and learning the lessons of faithful service, will yet stand in legislative assemblies, in halls of justice, or in royal courts, as a witness for the King of kings.”10
Speaking to faculty and students of Battle Creek College in 1883, she said: “Are you ambitious for education that you may have a name and position in the world? Have you thoughts that you dare not express, that you may one day . . . sit in deliberative and legislative councils, and help to enact laws for the nation? There is nothing wrong in these aspirations.”11
From Ellen White’s words, as well as the counsel of other Adventist pioneers and many of today’s thought leaders, the message seems clear: Seventh-day Adventists have the ability to help shape society through their votes and political participation. It’s up to each of us to follow our consciences—and to pray for more than human wisdom in making our electoral choices.
_________
1James White, circa 1860, as quoted in Paul A. Gordon, “The right to vote—shall I exercise it?” Adventist Review, Sept. 18 and Sept. 25, 1980, available online at www.whiteestate.org/issues/Voting.html; accessed August 15, 2008.
2General Conference report in The Advent Review and Sabbath Herald, May 23, 1865, as quoted in Gordon.
3Quoted in Gordon.
4Uriah Smith, The Advent Review and Sabbath Herald, Sept. 11, 1856, as quoted in Gordon.
5Ronald G. Walters, American Reformers, 1815-1860 (Hill and Wang, 1997), p. 131, as quoted in Douglas Morgan, “Disappointing Satan,” Peace Messenger Blog, http://tinyurl.com/5cm96x; accessed online August 15, 2008.
6Ellen G. White, Temperance, p. 256.
7White, Gospel Workers, p. 387.
8Interview with Land. The “voting on Sabbath” comment is related in Herbert E. Douglass, Messenger of the Lord, chapter 13; www.whiteestate.?org/books/mol/Chapt13.html; accessed August 25, 2008.
9White, Selected Messages, book 2, pp. 336, 337.
10White, Education, p. 262.
11White, Fundamentals of Christian Education, p. 82.
_________________
Mark A. Kellner is news editor for Adventist Review and Adventist World.