C.S. Lewis, More Popular 50 Years After His Death Than He was in Life 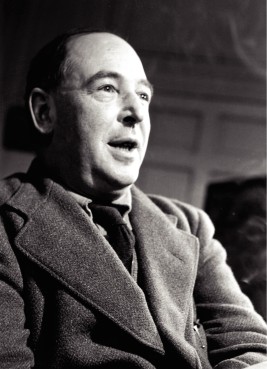 As the nation marks the 50th anniversary of the death of President John F. Kennedy on Friday (Nov. 22), many Christians will also pause to recall the death of C.S. Lewis, who died the same day, just one week short of his 65th birthday.

The British author, described by many as perhaps the 20th century’s most influential Christian intellectual and apologist,
is said to have greater influence in the United States than in his own country. Yet on Friday, a memorial stone for Lewis will be added to the storied Poets’ Corner in Westminster Abbey, alongside Shakespeare, John Milton and the Bronte sisters.

Many Christians are first introduced to Lewis, a philosopher, theologian, professor and author, at an early age with “The Chronicles of Narnia,”a place where it is “always winter, but never Christmas.” For adults, his most influential work was “Mere Christianity,” where he argued that Jesus was either a lunatic, liar or Lord.

Lewis’ writings still retain cultural currency — perhaps more so in death than they ever had in life. A recent forum at New York’s Redeemer Presbyterian Church between pastor Tim Keller and Harvard Humanist chaplain Greg Epstein opened with a reading from Lewis’ “On Living in an Atomic Age.”

After the discussion, Keller said his wife had always been a huge Lewis fan, “beating me over the head with his books.”

Kathy Keller’s interest in Lewis came at a young age, when at age 12 she wrote to Lewis to tell him she was one of his few fans, and he responded — four times. The last letter from him arrived 11 days before he died.

“I wrote thinking I would console the man and tell him he had least a few admirers, not knowing he was huge,” she said. “He was formative because my whole intellectual life as a Christian was shaped of nothing but Lewis, not even the Bible.

“He was so gracious,” she said. “I didn’t know he had died until February (1964) because of course Kennedy took up all the headlines.”

Raised in the Church of Ireland but an atheist by age 15, Lewis slowly embraced Christianity through the works of authors George MacDonald, J.R.R. Tolkien and G.K. Chesterton. Lewis joined the Church of England, to the disappointment of Tolkien, who had hoped he would become a Catholic.

Lewis has been
dubbed an “evangelical rock star” by The New York Times, but as the New Yorker noted, both mainline Protestants and Catholics also lay claim to him. Supreme Court Justice Antonin Scalia invoked Lewis’ “Screwtape Letters” in an interview with New York magazine, and U2 frontman Bono named him in an interview with Focus on the Family.

One of the most remarkable things about Lewis is the range of genres he used to communicate messages about faith.

“The great appeal that Lewis has today is that he has an extraordinary range of a diversity of genre in communicating truth,” said James Houston, one of the founders of the respected Christian institution Regent College in Vancouver, who ran in Lewis’ circles while they were both at Oxford.

The Wade Center at Wheaton College, which claims the world’s largest collection of works by and about Lewis, will host several anniversary
events, including “C.S. Lewis in Poets’ Corner” in London on Nov. 21-22 and “C.S. Lewis: In Memoriam” in New York on Nov. 23.

Lewis’ influence continues to grow, though it’s difficult to calculate his book sales because his books live on through various publishers. HarperOne, which publishes all of Lewis’ non-Narnia books, is approaching 10 million in sales of the C.S. Lewis Signature Classics since the publisher began the program in 2001 — with nearly 200,000 copies sold in the past year.

Lewis has been a publishing phenomenon, said Mickey Maudlin, senior vice president of HarperOne, who became a Christian by reading Lewis’ “Surprised by Joy” at 21 years old. Lewis is claimed as “one of us” by Mormons, Catholics and mainline Protestants, as well as evangelicals, Maudlin said.

“Name another author whose books are being sold more now than they were when they were alive,” he said. “His vision for the Christian life is seemingly simple while being very complex. He took the stance of explainer without being an expert.”

Lewis had many personal views about theology, but he decided to write about Christianity broadly.

“Writing on ‘Mere Christianity’ allowed him to not close any doors. So few books cross the aisle across tribes,” Maudlin said. “Catholics want to talk to other Catholics; mainline Protestants only want to talk to those in their denomination; evangelicals want to show everyone else that they’re right; no one wants to engage the culture as a whole, or very few do.”

As with many authors, Lewis’ fame came after his death. But even while he was alive, an estimated 90 percent of his income
went to charity.

“There was a level of authenticity. He wasn’t flying in jets, or showed signs of getting rich off of his books,” Maudlin said. “I wonder what he might have been tempted to say if he was worried about profits.”

Seventh-day Adventist scholar, Dr Debbie Higgens will be among the invited guests at a special ceremony in Westminster Abbey on Friday, 22 November to celebrate the life of Christian apologist and author, C S Lewis. Exactly fifty years on from his death, a memorial will be unveiled in Poets' Corner.

A fan of C S Lewis since picking up his book, Mere Christianity during her student days, Debbie is both the first Adventist and the first academic to serve as on-site director and warden for 'The Kilns', the Oxford home where Lewis spent the last twenty years of his life. It was the simplicity ofMere Christianity that appealed to Debbie and in a video interviewreleased today, she says that his appeal is in his ability of "shredding away everything except Jesus Christ Himself."

As well as Mere Christianity, Lewis is best known for his children's series, The Chronicles of Narnia, and for The Screwtape Letters. All three, she says, are very powerful representations of the gospel. They are also a very approachable reintroduction, she says quoting Lewis, "Stealing past the watchful dragons", for those who have been turned off Christianity in the past. "He flips it and says, 'look at it in a different way'."

A researcher in both the writings of Lewis and J R R Tolkien, Debbie shares her views with candour in this
video report. You can also watch a fuller interview with her and Rod Rosenquist in this week's edition of 'FaithTalks' on Revelation TV. In early 2014 Debbie will share her own personal faith journey from atheism to faith, and to the world of academia in a special edition of 'In Conversation' filmed on location at 'The Kilns'. 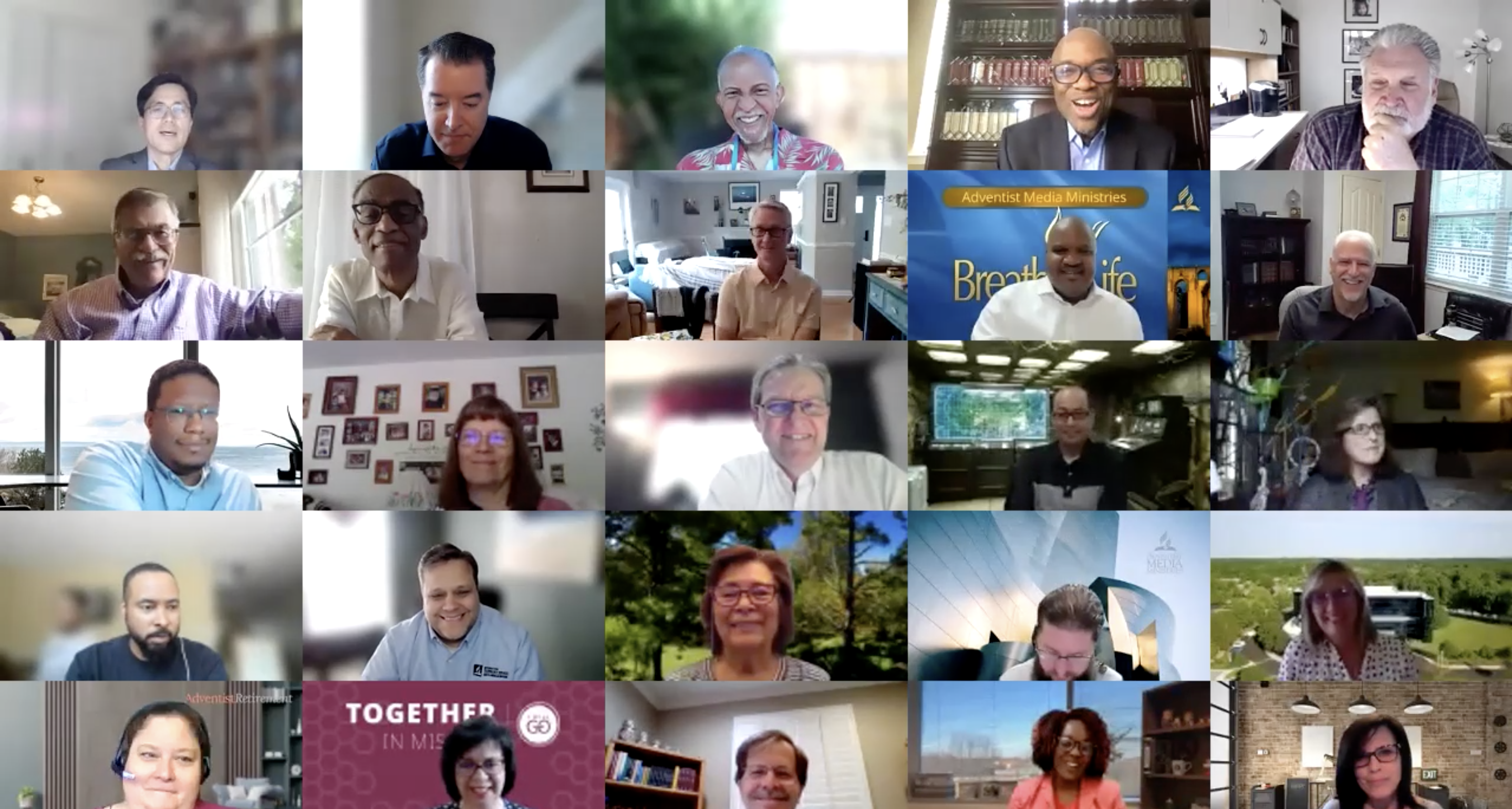 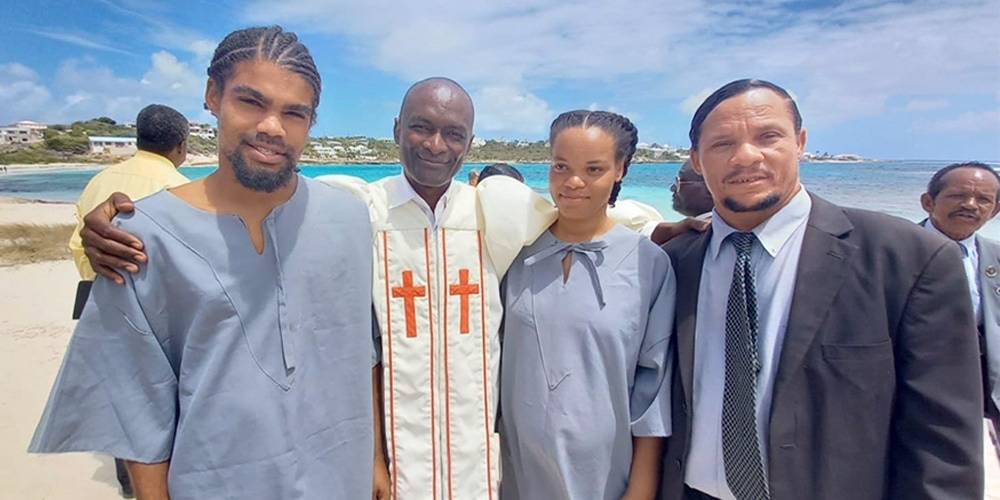 Magazine Article
​Life, Liberty, and Accessibility for All
Removing the barriers that prevent full access to everyone everywhere. 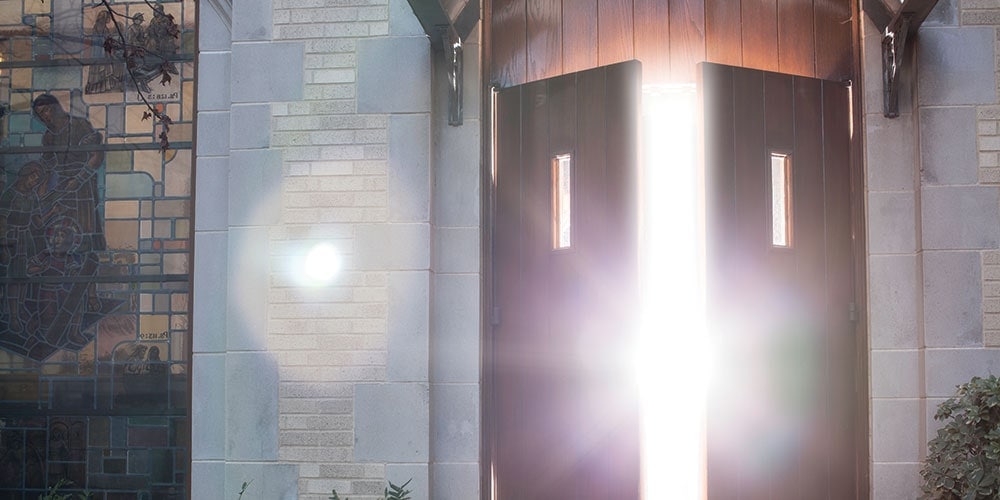