​Bible Should be at the Center of Anglican Unity Meeting

Restoring the Bible to the heart of the Anglican Communion should be the goal of a meeting called this week by Archbishop of Canterbury Justin Welby on how Anglicans should move forward, said the head of the Global Anglican Future Conference (GAFCON).

Welby’s meeting of Anglican leaders is planned for mid-January 2016 in Canterbury, England. It is being viewed as an attempt to heal the 80 million-member communion, which remains deeply wounded by disputes over homosexuality and women’s ordination in the global church.

GAFCON’s chairman, Archbishop Eliud Wabukala, the primate of Kenya, said the meeting was a recognition of the deep concerns of the faithful Anglican Church leaders in the world. GAFCON, started in 2008 in Jerusalem, says its aim is to restore the integrity of the Anglican faith and order.

“It is on this basis (restoring the Bible in the heart of the Anglican Communion) that the GAFCON Primates will prayerfully consider their response to the Archbishop of Canterbury’s letter,” said Wabukala in a GAFCON statement on September 18.

Welby suggests restructuring the communion as a looser association that maintains relations with liberal churches of North America that recognize and support gay marriage, as well as with conservative African churches that reject homosexuality and gay unions of all kinds.

Some African bishops view the new structure as unnecessary and prefer restoring the communion to its original form.

Wabukala said the primates believe that the crisis in the communion is not a problem of relationship and cultural context, but of false teaching, which continued without repentance or discipline.

“Our confidence is not in any structural reorganization, useful though it may be, but in the saving grace of … Christ and in the abiding truth of the Bible,” said Wabukala.

Meanwhile, the organization said it was somewhat encouraged that Welby had opened the door of the meeting to the Archbishop Foley Beach, primate of the Anglican Church in North America.

Beach, who heads a rival church to the U.S. Episcopal Church, is recognized by Anglican Global South, a grouping of 24 of the 38 Anglican Communion provinces, representing most of the developing world. He was installed as the archbishop of the American Anglican Church in October 2014 and is a member of GAFCON.

GAFCON primates had earlier maintained they would not attend any meeting at which the Episcopal Church and the Anglican Church of Canada were present and ACNA was excluded.

News
Why Adventists Participate in UN and Ecumenical Meetings 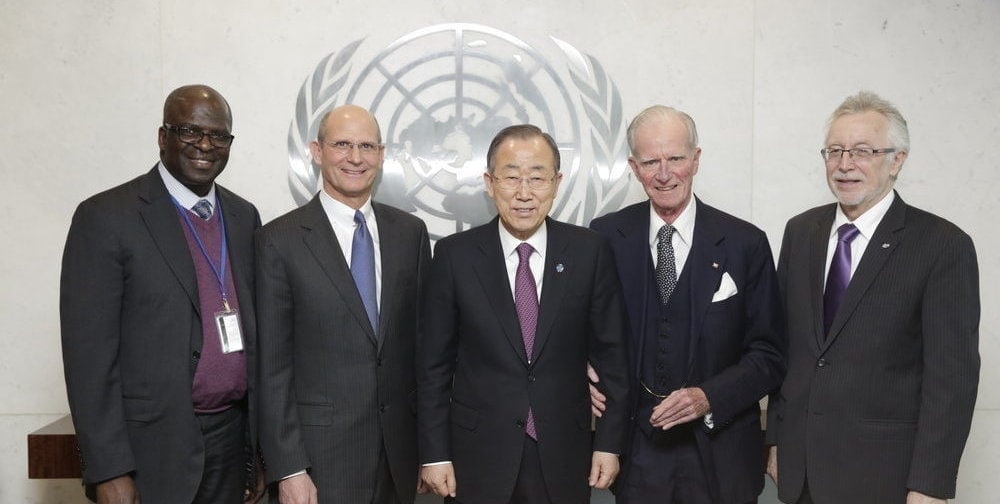