When Proving a Point with Your Bible May Not Be Enough 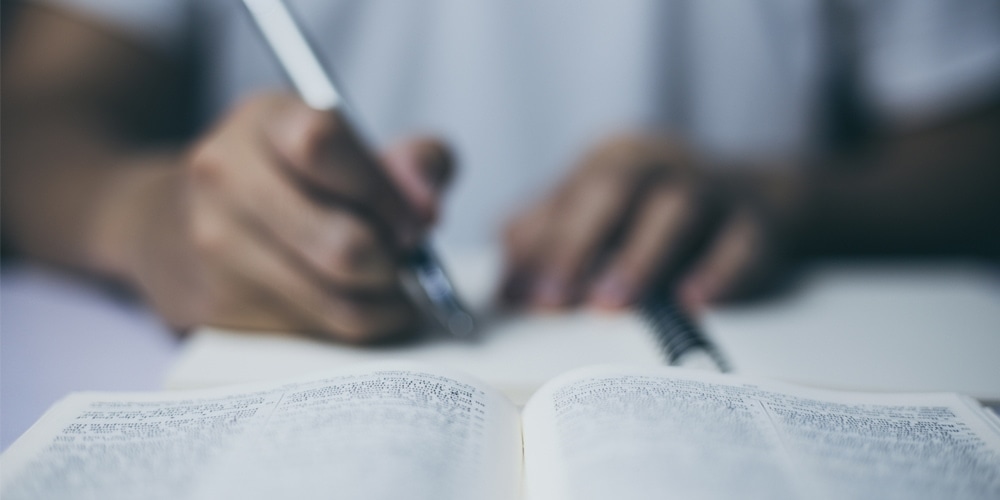 A church member of mine, Emily, recently became friends with Jennifer (not their real names) when they both brought their daughters to a gymnastics class. While they sat watching their little four-year-old girls do tumbles and somersaults, they got to talking and immediately hit it off, going very deep very quickly.

Week after week, Jennifer would tell Emily a little more of her story, which often ended with both women in tears. Jennifer revealed that she had come from a very toxic, abusive, fundamentalist Christian home. She was constantly shamed, leaving her with the gut-wrenching impression that her value and identity were based on her conformity to strict human standards.

Needless to say, and quite understandably, Jennifer came to the point of rejecting the whole thing altogether. If this is what organized religion was all about, why bother with it? There’s only so long a person can exist in such a traumatic environment. Powerfully, Emily, ever mindful of God’s mission, would sit with Jennifer in her pain week after week, listening to her as she processed her grief. As a missionary for Christ, Emily understands that we are called to embody the gospel and provide space for others to tell their stories without judgment or condemnation or attempting to leverage their story for “converting” them.

And yet, not surprisingly, such a posture was attractive to Jennifer, and she started admitting to Emily that she still believed in God and missed music and singing a great deal. She was just so skeptical about the church thing.

At that point, Emily started telling her about our local church — how our mission is to be a “safe, serving, and Jesus-centered” community that embraces people. She told Jennifer that our community doesn’t use shame as a weapon to promote conformity; that it invites people into the family of God, no matter where they are in their faith — or lack of faith — believing that every person has dignity and value. Emily even pulled her phone out and showed Jennifer the promotional video from our church, which beautifully articulates these very values. And then she very sensitively invited her into the circle sometimes, while making it clear that it was OK if she never joined.

And those two questions are worlds apart — in fact, they’re centuries apart — but most of us Adventist Christians, still living in a different world and another century, don’t grasp the incredibly important significance in this shift.

Unfortunately, most of us are still asking and answering nineteenth-century questions, and our witness has suffered as a result.

Are We Just “Thinking Things”?

American Christianity, from which Adventism arose, came of age in the wake of the Enlightenment. In the eighteenth century, Western society went through an intellectual revolution where reason and rationalism became king. Whereas prior to the Enlightenment, the world was an enchanted place, as philosopher Charles Taylor puts it, the Enlightenment disenchanted the world. Suddenly it wasn’t that God magically upheld the world; the world was governed by natural laws that could be observed, measured, and calculated.

While Christianity, for the most part, felt threatened by the Enlightenment, it soon realized it must embrace it if it was going to engage society on its terms. It thus adopted Enlightenment assumptions, with its heavy emphasis on scientific inquiry. Historians have noted that American Protestants, especially in the nineteenth century, utilized the scientific method of Francis Bacon to defend their religious views. Bacon was an English philosopher who had lived in the sixteenth and seventeenth centuries, serving as England’s Attorney General and Lord Chancellor. But he was most noted for his development of an inductive approach to science that resulted in his being heralded as the father of modern science.

This Baconian method, as it has been called, became the lens through which Protestants in the nineteenth century looked at the world and read the Bible. The Bible became primarily a book of objective facts that contained data points that must be mined to arrive at general conclusions. If one simply plugged in the right formulae, one could come up with the right answers, as a pharmacist does in filling his or her prescriptions.

The primary concern of the biblical interpreter was thus to establish the propositional rightness of one’s conclusions, using scientific methods, and just as the scientist could rest in the certainty of his or her conclusions, using the right formulae, so too could the biblical interpreter. What’s more, they could also be certain that anyone who disagreed with their conclusions was being intentionally rebellious, since the Baconian method, rightly employed, always established objective theological “facts,” which no honest person could dispute.

It should be noted that this was all well and good and relevant to the time. Such a method, utilized by Adventists, gave us the raw materials — such as the Sabbath, the sanctuary, and the Second Coming, among others — that helped us form the most powerful and beautiful picture of God, rightly constructed, that I’ve ever encountered. These raw materials were likely only uncovered because we utilized this Baconian method. So, we praise God for such an approach.

The challenge is that not only is our current cultural moment asking different questions and looking at the world through different lenses, but we are also not simply, in the words of James K. A. Smith, “thinking things.” We as humans are also feeling things, relational things, social things, physical things. We are whole beings. In other words, we want to encounter “truth” not only in its propositional form — as a list of propositional facts that one either mentally assents to or doesn’t — but in all its full-orbed beauty.

It just so happens, amazingly, that, according to Scripture, the idea of “truth” is much bigger than its narrow Enlightenment definition. To be sure, it includes intellectual and propositional content; but it entails so much more. In Hebrew, the word truth doesn’t have much to do with the rightness of an intellectual idea, as though it were simply a scientific fact; the word ‘emet denotes the idea of “firmness,” “faithfulness,” “reliability.”

In other words, “truth” has not only intellectual dimensions but relational, social, and emotional ones. It’s no wonder, then, that when Jesus defined truth, He said, “I am . . . the truth” (John 14:6). Truth is a Person, not just a proposition. This is what Ellen White means when she uses one of her favorite phrases to describe our quest: we want “the truth as it is in Jesus.”

We are thus people of Truth not simply because we happen to preach and proclaim propositionally correct ideas. We are people of Truth when we are faithful, reliable, safe, and trustworthy people; when we live lives that consistently display the fruit of the Spirit (see Gal. 5:22, 23). And a church that determinedly proclaims “present truth,” while neglecting and sometimes even consc
iously downplaying the fruit of the Spirit — love, joy, peace, patience, kindness, goodness, faithfulness, gentleness, self-control — is in no intelligible or biblical way a church that loves, values, or proclaims the Truth.

Perhaps there are no more sobering and confronting words than Ellen White’s on this. “Many take it for granted that they are Christians, simply because they subscribe to certain theological tenets,” she observes. “But they have not brought the truth into practical life.… Men may profess faith in the truth; but if it does not make them sincere, kind, patient, forbearing, heavenly-minded, it is a curse to its possessors, and through their influence it is a curse to the world” (The Desire of Ages, 309).

Talk about an eyeful!

But this is what it means to close the gap between truth and Truth. There are thousands of Jennifers in the world, burned out by religious communities that have settled for a Baconian version of the truth, when God is calling us to continue down the path beyond Bacon to a far more beautiful, robust, and wholistic experience of Truth.

And whenever it is that we finally and fully embrace it, I’m convinced we’ll set the world on fire.

The original version of this commentary was posted on the Mid-America Union Conference Outlook.