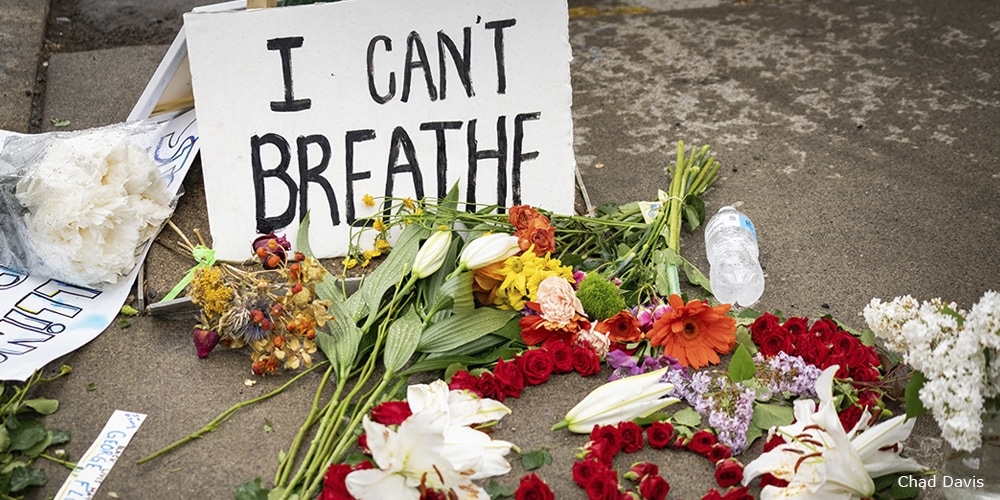 May 25, 2020, 17-year-old Darnella Frazier of Minneapolis, Minnesota, filmed the death of a Black man on her mobile phone. The world saw her video and rose up in dismay. And incredulity. And rage. Men and women whose voices count, whether for vast economic consequence, high political impact, or strong moral courage, have spoken since that fateful day. For a hint at what they’re saying, here are just two voices from each of five areas of society—politics, academe, business, health care, and religion—that have responded to Frazier’s video and the issues it touches.

German Chancellor Angela Merkel: “This killing of George Floyd is terrible, it’s racism. We also know something like racism in our country, and therefore we also have our hands full. I want to say this explicitly: I trust in the democratic power of the United States of America to deal with this difficult situation.”1

Civil Rights activist, National Action Network founder, Al Sharpton: “When I stood at that spot [where Floyd died], [the] reason it got to me is [that] George Floyd’s story has been the story of Black folks. Because ever since 401 years ago, the reason we could never be who we wanted and dreamed of being is you kept your knee on our neck.”2

Kohl’s, department store retail chain, Michelle Gass, CEO: “Like so many of you, I am deeply pained and angered by the killings of Black Americans—fueled by a long history of systemic racism that continues to plague our nation today.Racism has stained our country for far too long, and it has to end. The pain and exhaustion caused by racial injustice is overwhelming. . . .

These horrific events should serve as a wake-up call for every institution to look within to determine how they can be a catalyst for change.”[3]

AdventHealth: “There is unimaginable hurt in our Black communities given the long history of such senseless deaths, including the recent killings of Mr. [George] Floyd in Minnesota, [Mr.] Ahmaud Arbery in Georgia, and [Ms.] Breonna Taylor in Kentucky. We cannot remain bystanders. While there is breath in us, silence is not an option. Our sacred calling to deliver wholeness and care for those who are wounded and hurting is guided by our mission of extending the healing ministry of Christ. As a faith-based health-care provider, we have a responsibility for the health and well-being of the communities around us. . . .

“We are asking each senior leader in our organization to seek out and listen to the personal experiences and insights of their African American colleagues. We will listen with an open mind, heart, and will, and then we will move forward with a renewed commitment. . . .

“It is no longer good enough to personally acknowledge that we are not racist. We must become anti-racist advocates. Let us loose the chains of injustice, together.”[5]

Association of American Medical Colleges, David J. Skorton, CEO; and David A. Acosta, Chief Diversity and Inclusion Officer: “Our country must unite to combat and dismantle racism and discrimination in all its forms and denounce race-related violence, including police brutality. Enough is enough.”[6]

“So people across this nation can give to the college of their choice, it is time to invest like never before in a new generation of young Black Americans who are poised to take leadership of our nation, so university presidents let’s step up together.”[7]

Wilberforce University, Elfred Anthony Pinkard, president: “Dear Wilberforceans: We are justifiably outraged by the events of the past week as we watched the gut-wrenching, senseless, and inhumane killing of George Floyd. It is deeply unfortunate that in the pleading voice and tortured face of George Floyd, we see ourselves and the countless other African Americans whose lives have been snuffed out. We are, at once, unsettled by the eminent possibility that it could happen to any one of us and enraged that this threat to our humanity still exists in America today. It is unfair that the promise of a future is compromised for every young Black man and woman by ingrained attitudes and beliefs by many simply because of their race. This is the persistent and lamentable reality of our life as Black folk in a nation unwilling and unable to simply live up to the ideals established at its founding.[8]

Billy Graham Evangelistic Association, William Franklin Graham III, president: “This makes me sick to my stomach. What took place Monday on a Minneapolis street, by the Minneapolis Police Department should deeply concern each and every American. It’s inexcusable. To watch a police officer kill an unarmed Black man—with no concern on his face, his hand in his pocket, indifferent to the bystanders begging for something to be done to help the man—is so disturbing. He and the other officers on the scene refused to listen and refused to respond. I hope they have deep regret and remorse for their actions. Police are not the judge and jury. These officers will have to stand before God and the authorities on this earth for what they have done.”[9]

General Conference of Seventh-day Adventists, Ted   N. C. Wilson, president:“As Seventh-day Adventists, we stand together worldwide in condemning racism, bigotry, hatred, prejudice, and violence in all of its myriad forms. We know that God is a God of justice, who sees and knows all, and we look to Him to fulfill His Word when He says, ‘Vengeance is Mine, I will repay’ (Romans 12:19).

“On behalf of the Seventh-day Adventist worldwide family, I have sent letters of condolence to the families of Ahmaud Arbery, Breonna Taylor, and George Floyd, expressing our sorrow for the tragic loss of their loved ones and stating unequivocally that as Seventh-day Adventists we stand strongly on the biblical principles that go against hatred, rage, racism, bigotry, evil surmising, prejudice, and more, and offered the families support, hope, and encouragement through God’s Church. . . .

“I encourage you, too, as a Seventh-day Adventist, to reach out to these and other individuals within your local community, bringing, in a practical way, the peace, comfort, hope, and courage that only Christ can provide as we follow His example in ministry outlined in Luke 4:18.”[10]