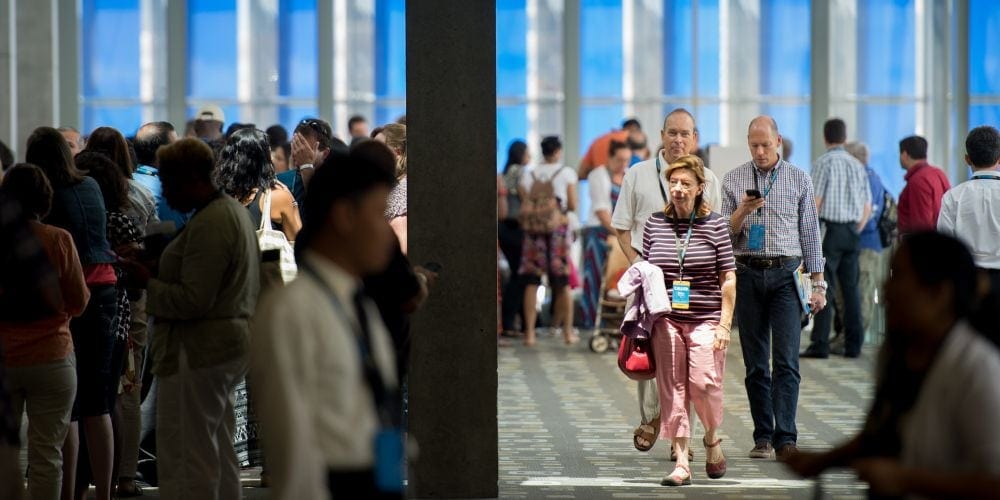 A senior Seventh-day Adventist pastor urged thousands of fellow pastors to remember God’s calling and to allow Him to lead at the conclusion of a conference in Austin, Texas, that some participants praised as among the most helpful they have ever attended.

Ivan Williams Sr., director of the North American Division’s ministerial department and main organizer of the four-day CALLED Convention, told more than 5,500 division pastors and their families that the gathering had aimed to reassure them that the God who had called them is the same God who will keep them and save them.

“We have tried to reignite the call of God on pastors’ lives and ministries,” Williams said Wednesday. “All of us have something in common, in that we acknowledge we did not put ourselves in this. God called us.”

At the same time, Williams said he hoped that the conference, the first of its kind to be organized in the North American Division in decades, had been able to support and strengthen pastoral families through an unprecedented number of seminars on family issues, as well as workshops and activities geared to ministerial spouses, the pastoral couple, and their children. More than 200 workshops were held at the conference.

“Pastors should always have in mind that their families are first and foremost their best and most important work,” said Williams.

Participants said they were leaving Austin with new energy to serve God and the church.

“CALLED is one of the best pastors’ conventions I have ever attended!” said Derek Morris, associate secretary of the General Conference’s Ministerial Association, on Twitter.

Tracie Read, a minister’s spouse from Brunswick, Georgia, said she appreciated the quality of the children’s program.

“The activities were very interactive,” she said. “Our granddaughter got very much involved and made new friends. This allowed us to have time to enjoy the program and seminars for adults.”

“I attended some seminars together with my wife,” said pastor Charles Skeete, from Hamilton, Ontario, Canada. “Some issues that pastors desperately need to address were openly discussed with a very practical, hands-on approach. I thoroughly enjoyed the convention.”

On a different note, and as part of one of the general sessions, Carlton Byrd, speaker director of Breath of Life Ministries and senior pastor of the Oakwood University Church, reminded his audience of the challenges of sharing the gospel in the 21st century.

“The message does not change, but it is imperative the methods for delivering the message adapt to the time we live in,” Byrd said.

Byrd seemed to echo an earlier presentation by management expert on innovation Gary Hamel, who challenged the church to adapt to stay relevant without compromising core beliefs.

“The problem is not God’s message but our methods,” said Hamel, who invited pastors to question their assumptions in order to make sure they are God-ordained. “We need to remember that through human history, no one was more unconventional than Jesus.”

Following in Jesus’ footsteps also implies being willing to change, to adapt, and to try new things, Hamel said.

That's why Cathy Pethel, a pastor’s spouse from Harriman, Tennessee, said she enjoyed the long-standing but renewed approach to the centrality of Jesus for our beliefs and doctrines, especially in the messages by Elizabeth Talbot, a prominent Adventist ministry leader.

“Talbot’s effort clearly resonated with me,” she said. “The doctrines of the Sabbath, the state of the dead, the sanctuary — you name it — all of them must be centered in Jesus. It is an approach we really need to apply when doing evangelism.”

Her husband, Mike Pethel, pastor of the Roane Community Seventh-day Adventist Church, concurred. Realizing that interests working through a series of 32 Bible studies would drop out before getting to the end, he squeezed those studies into 10 condensed lessons. These have proved to be a blessing for people willing to learn more about Bible truth.

“The 10 lessons I prepared summarize and cover every one of the tenets of our faith,” said Pethel, who has made the studies into a colorful booklet. “Nowadays, it is much easier for people to finish a much shorter series.”

Back in the main auditorium, Hamel ended his presentation by asking his audience a $1 million rhetorical question. “What would happen if the Seventh-day Adventist Church in North America became the most experimental church in the world?” he said.

Day One: “5,500 Pastors and Their Families Descend on Austin”

Day One: “Thousands of Adventist Ministers CALLED to Texas”